Sebastien Haller’s former Ajax team-mates have shown their support to him by holding up the number he wore at the club, after he was diagnosed with testicular tumour.

Borussia Dortmund confirmed the diagnosis on Monday evening for the 28-year-old striker – who only officially joined the club earlier this month in a £31million deal from the Eredivisie champions – after he felt unwell in training.

The Ivorian has been inundated with messages of support on social media, for which he thanked everyone and insisted he is determined to ‘come back stronger’.

But his ex-club Ajax – who he scored 47 goals for in 66 appearances across all competitions after joining from West Ham in January 2021 – have now also shown their support.

In a picture posted on the club’s official Twitter account, members of Alfred Schreuder’s squad held up an Ajax shirt with No 22 on the back, the number Haller wore during his 18 months at the Johan Cruyff Arena.

The picture was accompanied by a message from the club, which read: ‘We’re with you, @HallerSeb.’

The picture was taken before Haller’s former side beat RB Salzburg 3-2 in a pre-season friendly in Austria, with ex-Southampton star Dusan Tadic on the scoresheet for the visitors, while Steven Bergwijn also featured following his move from Spurs. 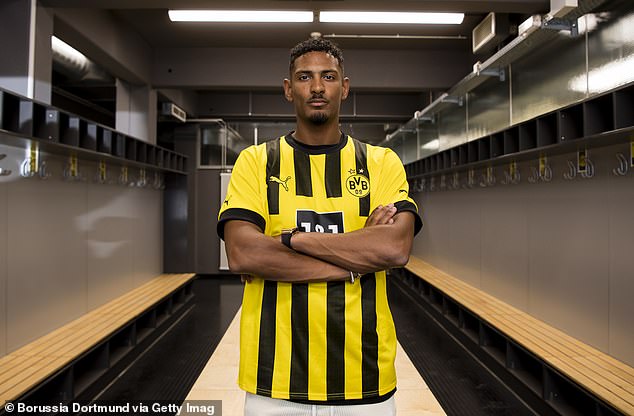 The picture was accompanied by a message from the club, which read: ‘We’re with you, @HallerSeb’

Ajax face another one of Haller’s former clubs, Eintracht Frankfurt, in a friendly in Groedig on Saturday.

Haller also received support from his former manager at Ajax, Erik ten Hag, who described the Ivorian as his ‘friend’.

Speaking after his new club Manchester United’s 3-1 victory against Crystal Palace in a pre-season friendly at the Melbourne Cricket Ground, ten Hag told MUTV: ‘It’s horrible. I have a fantastic relationship with him.

‘He is my friend, my striker for several years with Utrecht and with Ajax.

‘To hear such news is devastating. My thoughts are with him and with his family and I hope he will recover quickly.’ 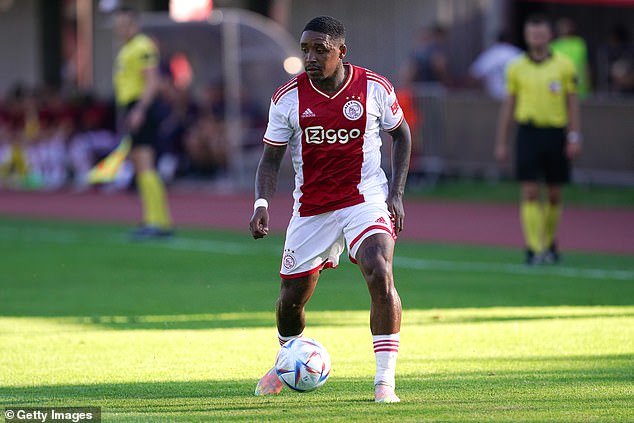 The picture came before Ajax’s win against RB Salzburg, in which Steven Bergwijn featured 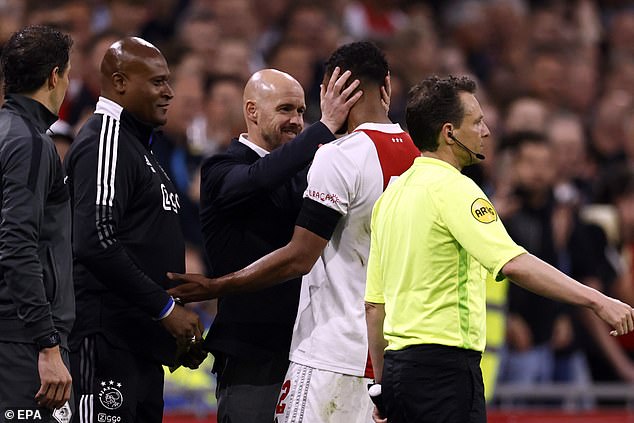 It was just the latest verbal message of support the Ivory Coast international has received, for which he thanked social media users for on Tuesday.

‘I want to thank you again from the bottom of my heart for all these many warm messages received I was very moved to see these beautiful reactions and I even feel like I don’t deserve so much,’ he said.

‘But I know that thanks to you it will only be one more test on our way.  See you very soon in the ground to celebrate our next victories.’ 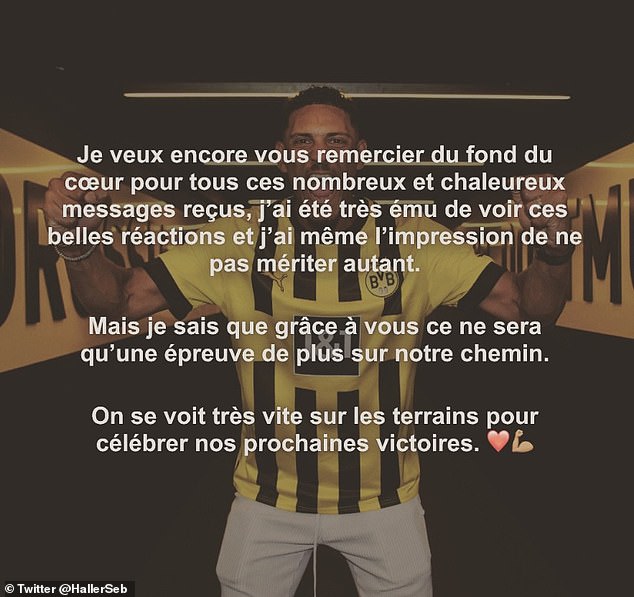 He also added: ‘Thank you all for your many messages of support and affection since yesterday’s announcement. My family and I thank you. I will now focus on my recovery to come back stronger.’

Haller enjoyed the best goalscoring season of his career last term, netting 34 goals in all competitions for Ajax.

He was particularly impressive in the Champions League as he scored 11 times in just eight matches before the Amsterdam club were eliminated at the last 16 stage.

His switch to Bundesliga giants Dortmund looked set to see him fill the void left behind by Erling Haaland, who has joined Manchester City. 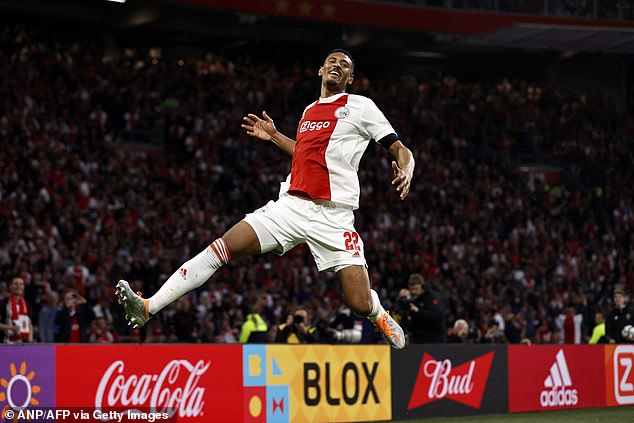