Frightening moment man, 24, shouting ‘shoot me’ at police is gunned down on the main street of a busy tourist town as witnesses who mistook the fatal shots for fireworks reveal what sparked the incident

A knife-wielding man was heard shouting ‘shoot me’ to police before he was gunned down after allegedly threatening officers on a street in a popular Queensland tourist town.

A 24-year-old Western Australian, who was working in Townsville, died after he was shot in Airlie Beach, in the Whitsundays, just after midnight on Saturday.

Police allege he was armed with a knife and had threatened them before the shots were fired.

Two mates Budd Norris and Kade Luck were on a night out in the popular town when they heard the fatal shots ring out.

A 24-year-old Western Australian, who was working in Townsville, died after he was shot in Airlie Beach, in the Whitsundays, just after midnight on Saturday (police are seen at the scene)

They said they saw the man run across the road with ‘a knife in his hand’.

‘He’s like ”shoot me, shoot me” and he’s just decided to run at them (the officers),’ Mr Norris told the Courier Mail.

‘How many times in Australia do you see that?’ Mr Luck said.

The witnesses said they heard police tell the man to put the knife down and fire a warning shot as he ran towards the officers.

‘And then ”bang bang” after he kept coming at them,’ Mr Luck said.

The pair thought fireworks had gone off in the street. 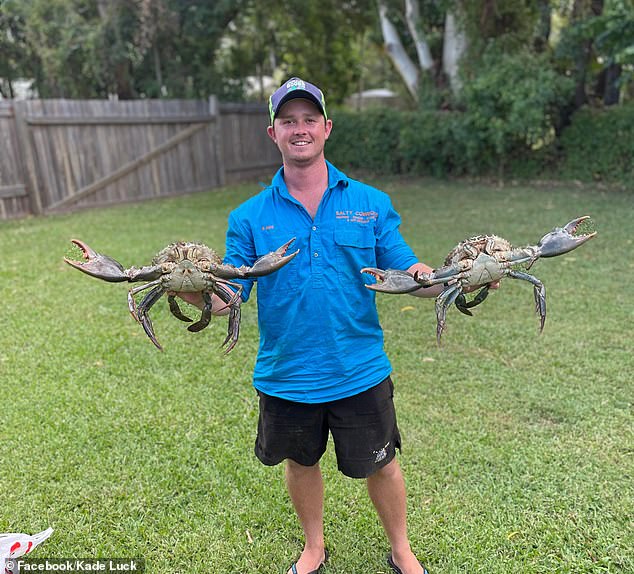 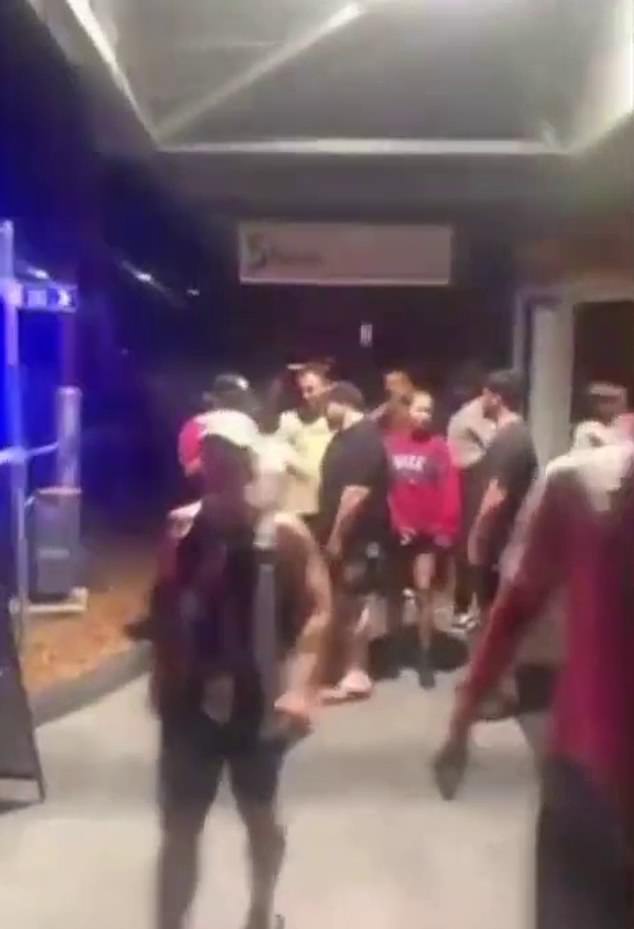 Police alleged the man threatened officers, advancing on them on Shute Harbour Road at 12.20am, before he was shot up to five times.

The officers at the scene provided first aid and the man was taken to Proserpine Hospital – but died soon after.

A crime scene has been established and inquiries are continuing with the incident to be investigated by the Ethical Standards Command with oversight by the Crime and Corruption Commission.

A man who was filming himself eating a kebab nearby managed to catch the gunshots on video. 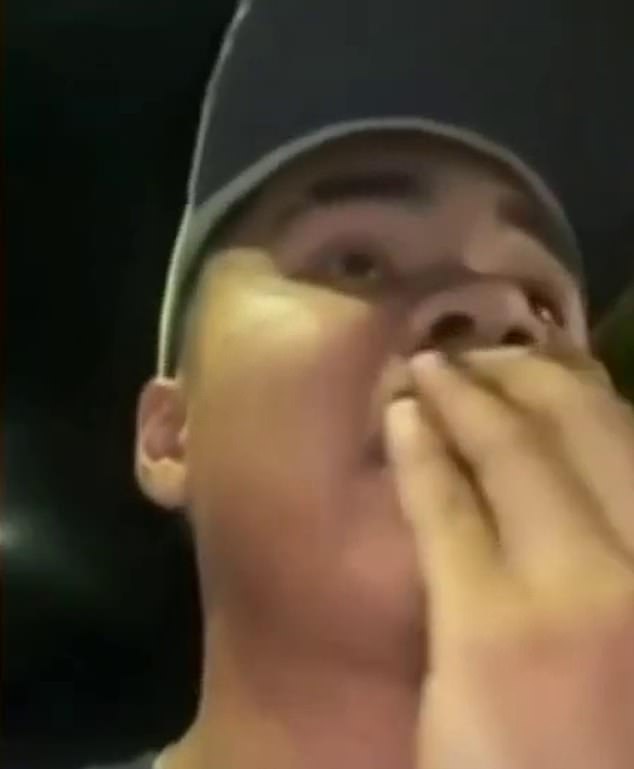 Several shots can be heard fired, with the man repeatedly exclaiming ‘they just f**king shot him’.

It is understood the knife allegedly used had a 4-5cm blade and a black handle.

Queensland Police Superintendent Graeme Paine said the man had ‘advanced’ towards the officers who withdrew their firearms.

He warned against carrying a knife in a public space, where people are consuming alcohol.

‘I do want to highlight the dangers of carrying a knife at any time in a public place – it is a defence in certain circumstances,’ Supt Paine said.

‘But to carry a knife in a precinct that is a dynamic place, where there are people consuming alcohol, it really does pose significant threat to the public – including the police who are there trying to maintain the safety of everyone.’

Supt Paine said police had spoken to the man’s family in WA, adding it was ‘tragic’ for his loved ones and for the officers involved.

Queensland Police Union president Ian Leavers said the use of a taser was ‘not possible’ during the incident.

The incident was captured on CCTV and police are investigating.

It’s unclear the man was under the influence of alcohol or drugs. 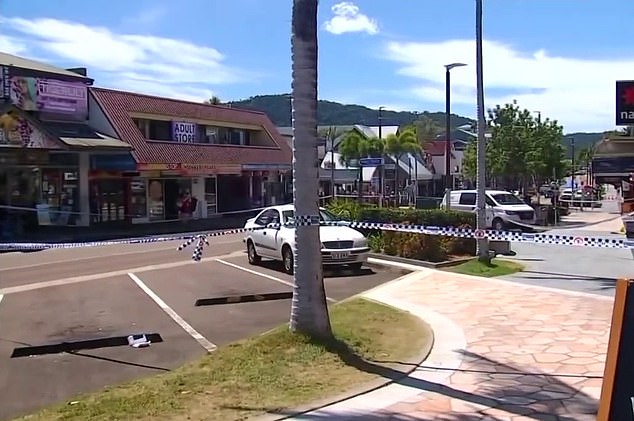