A short-term rental company that caters to LGBTQ travellers is calling for a boycott of hotels around the world owned by the Sultan of Brunei following the introduction of new laws that make gay sex punishable by stoning to death.

Homosexuality has been illegal in the small Asian nation since it broke from British rule in 1984. But was punishable by imprisonment alone until a recent shift to a more conservative interpretation of Islam. Laws that came into effect April 3 make gay sex and adultery punishable by stoning offenders to death.

The move has prompted a chorus of outrage around the world. UN Secretary General Antonio Guterres decried the changes, as has Global Affairs Canada, which called for Brunei to drop the “inhumane” new laws.

Following the criticism, Brunei released a statement saying it “enforces its own rule of laws” like “all independent countries.”

The purpose of the legislation is “criminalizing and deterring acts that are against the teachings of Islam,” Brunei said, adding that it aims to “respect and protect the legitimate rights of all individuals” and society at large.

Misterb&b, a short-term rental company similar to Airbnb or VRBO (Vacation Rentals by Owner) that caters to LGBTQ  travellers, is boycotting the 10 hotels owned by nation’s ruler, Sultan Hassanal Bolkiah:

CEO Matthieu Jost, who lives in Paris, said he was “shocked” by the brutality of the new laws. “We decided immediately to remove all the Brunei hotels from our platform,” in addition to the hotels abroad owned by the Sultan. 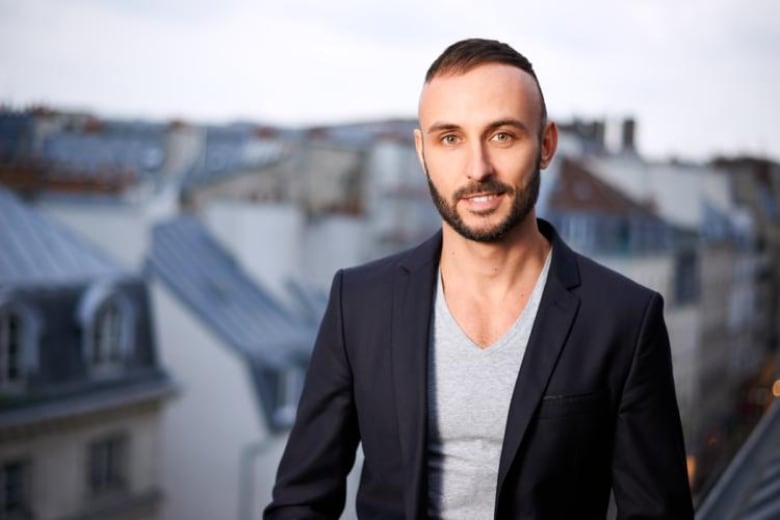 Mattieu Jost founded misterb&b, a short-term rental platform that caters to LBGTQ travellers, after he and his partner encountered a homophobic host while on vacation in Barcelona. Jost has removed all properties in Brunei from the platform, as well as hotels owned by the Sultan elsewhere in the world. (Submitted by misterb&b )

Jost launched the company after he and his partner found themselves with homophobic short-term rental hosts while on holiday in Barcelona eight years ago.

“It became a very awkward experience,” he said. “We decided to leave the place, and on my way back to the airport I said to my partner, ‘I don’t want to live this kind of situation anymore and I don’t want my community to live this situation.'”

The misterb&b platform boasts more than 300,000 short-term rental hosts in 145 countries, all who promise a welcoming environment for LGBTQ guests, he said. Knowing that not all travellers want to stay in private residences, the company just added 30,000 hotels that meet the same standard.

The situation in Brunei draws attention to the broader issue of safety for gay travellers, said Jost. Homosexuality is illegal in 73 countries, according to the World Economic Forum.

Osmel Guerra Maynes considers the safety of destinations before making travel plans with his husband.

“When we want to plan to go somewhere we always have to ask ‘Are we going to be living our truth in this country that we’re going to go to visit, or are we going to be putting up this facade?'” said Guerra Maynes, executive director of QMUNITY, B.C.’s queer, trans and two-spirit resource centre in Vancouver.

It’s not just walking hand-in-hand with his husband that could pose a danger, he said. “Even if I go by myself and someone assumes I’m part of the gay community, I might be attacked.”

He and his husband have experienced subtle forms of discrimination while travelling, even to countries that purport to be welcoming to LGBTQ people. They get “the odd glare,” or uncomfortable and disapproving reactions when staff who come to clean the room realize there’s two men staying there, said Guerra  Maynes.

We understand people’s anger and frustration, but this is a political and religious issue that we don’t believe should be played out in our hotels and among our 3,630 employees.– Dorchester Collection of hotels

“We encountered this in Cuba, even though Cuba is supposedly a country where gay is okay, we still got that vibe; we still got those questions,” he said.

Guerra  Maynes said he’s happy to see boycotts of Brunei destinations, as well as the Sultan’s properties elsewhere. “I think it’s a great stand. Hate shouldn’t be staying in places where you’re offering this so-called place of sanctuary for people to enjoy themselves when they go somewhere,” he said.

“I would further put that into the heterosexual community and say ‘stand with us as well.’ Because at the end of the day it’s still discrimination, it’s still hate.”

A range of companies have publicly stated that they will cease doing business with the Sultan’s hotels. The TV Choice Awards will no longer be held at the Dorcester in London, and Deutsche Bank said its employees will no longer stay at the chain. Virgin Australia airline cancelled a reciprocal agreement with airline Royal Brunei.

High profile celebrities including Ellen DeGeneres, Elton John and George Clooney have also called publicly for a boycott of hotels and other businesses associated with the country.

In response to the boycotts, a spokesperson for the Dorchester Collection of hotels, owned by the Brunei Investment Authority, told the U.K.’s Guardian newspaper: “We understand people’s anger and frustration, but this is a political and religious issue that we don’t believe should be played out in our hotels and among our 3,630 employees. We’re deeply saddened by what’s happening right now and the impact it is having on our employees, guests, partners and suppliers in particular.”