By Akhtar Makoii For Mailonline

A rowdy passenger who bit a chunk out of a British millionaire’s ear at Palma de Mallorca Airport will avoid jail.

A court in Palma de Mallorca, Spain, gave Ben Addison, 31, ten months in prison but decided to suspend the punishment.

This means he will avoid jail as long as he commits no further crimes in the next two years.

The court also fined him 720 euros (£630) for his bizarre attack, which also saw him injure four police officers.

The sentence was handed down on Monday, 19th September, and was accepted by the Ben Addison.

Addison had been a constant nuisance to passengers on Ryanair flight 2162 from Birmingham to Palma de Mallorca.

Once the plane had landed, he launched a vicious attack on passenger Neil Endley, kicking him in the head and showering him with punches.

Shockingly, he threw the millionaire Brit to the ground and bit his right ear so hard that he ripped off a chunk. 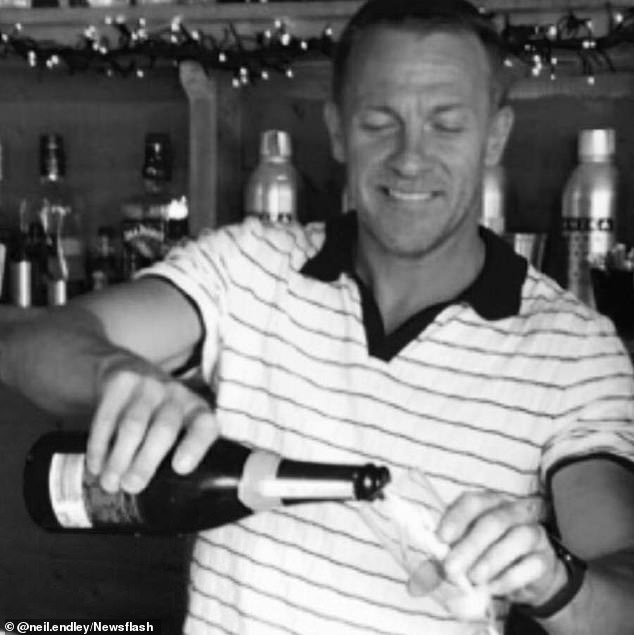 Once the plane had landed, he launched a vicious attack on passenger Neil Endley (pictured), kicking him in the head and showering him with punches.

Four police officers went to the scene to end the onslaught, only to be showered with punches and kicks themselves.

They were also brought to the ground and injured.

Neil – from Solihull, Warwickshire – said at the time that he had ‘no connection’ with his attacker.

He said he ‘had never seen him before in my life when this happened’.

Neil – who owns The Bridge Group of engineering firms – was taken to a hospital in Palma de Mallorca after the vicious attack for treatment.

His assailant was drunk and high on drugs and had launched his onslaught after being refused more alcohol.

He is believed to have targeted Neil after grabbing his drink and downing it.