Air mail! Delivery driver lobs fragile package at customer’s front door from 14 feet away and then runs off

This is the shocking moment a delivery driver throws a fragile parcel 14 feet towards the buyer’s home before running off.

Josh Willis was at his home in Idworth, Hampshire when the courier was delivering his parcel containing a £60 bottle of perfume he had bought from Amazon.

The footage shows the female delivery driver jogging towards Mr Willis’ home.  About halfway down the path, the driver launches the brown package towards the front door and returns to her van for the next drop. 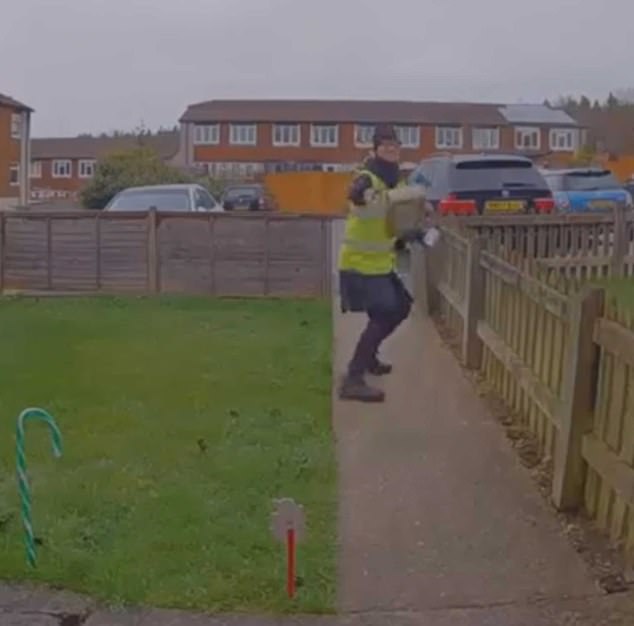 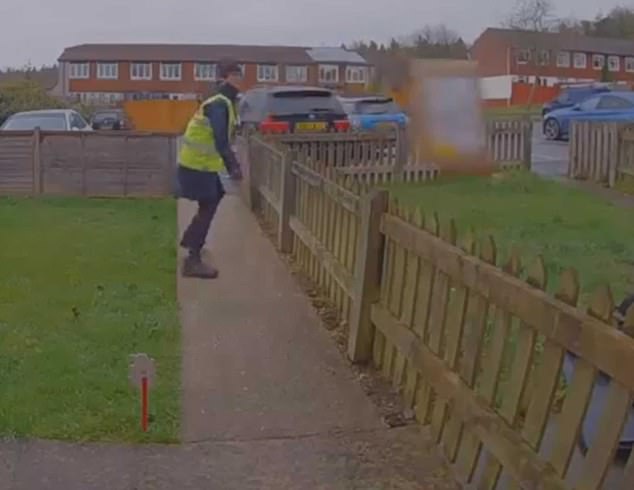 He claims if he was a few moments earlier out his front door he would have been hit by the package, right

Mr Willis, who is a window cleaner said: ‘It was quite bizarre. I got a phone call from the driver and by the time I got to the door, I heard a loud bang.

‘Then I went to check the footage to see what it was.

‘It was ladies perfume in a glass bottle. Somehow it didn’t smash.

‘I complained to Amazon and they just said “thank you and we’ve opened a case and will look into it”.

‘It’s more shocking. I find it absolutely amazing and the height of it.

‘I just measured how far away she was and it’s 14 feet . It would have hit me in the face if I opened the door sooner than I did.’

Mr Willis also posted a complaint on Amazon’s Facebook page. He wrote: ‘Amazon just so you know your delivery driver has found a quicker way to knock the door.’

The video has angered social media users since it was posted. Jason Pain wrote under the post: ‘T***. I hope you didn’t have anything breakable in there.’

Susan Prior added: ‘Disgusting. If you don’t want the job mate, give it to someone that does.’

An Amazon spokesperson said: ‘We have very high standards for our delivery service providers and expect every package to be handled with care.

‘We’ve notified the right teams internally and will work with the customer directly on matters related to their package delivery.’ 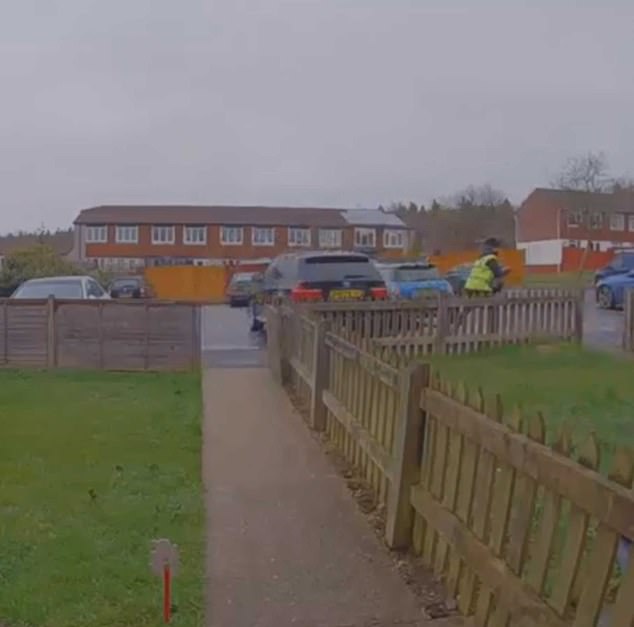