EXPRESS INFORMER > Health & Medicine > Agony for patients as more than 65,000 a month are left waiting on cancer verdict, data shows

More than 65,000 patients a month are left waiting too long for their cancer diagnosis every MONTH, data shows

More than 65,000 people every month in England are waiting too long to find out if they have cancer, analysis reveals.

An NHS target says 75 per cent of patients should be diagnosed or have the disease ruled out within 28 days of an urgent referral by their GP.

But analysis from Cancer Research UK shows this aim has not yet been achieved since being introduced last autumn.

The figure has varied but stood at 74 per cent in February.

Even if the target was met, 55,000 people every month would still be left waiting to find out whether or not they have the disease, the charity warns.

More than 65,000 people every month in England are waiting too long to find out if they have cancer, analysis reveals

It adds that patients are being failed by the system and that the target was set too low because of chronic shortages of specialists across the health service.

Experts say the Government must be even more ambitious in its upcoming ten-year cancer plan if it wants to improve diagnosis and survival by raising the target to 95 per cent.

Meeting this would see around 54,300 more patients a month diagnosed or having cancer ruled out within 28 days, according to Cancer Research UK (CRUK).

Chief executive Michelle Mitchell said: ‘As a country, we should not be willing to accept that over one in four people on an urgent referral are left waiting over a month to find out whether they have cancer. The Government must take this opportunity to deliver for the millions of people affected by cancer.

‘With ambitious targets, a credible plan and clear accountability, we can get there.’

Early diagnosis allows cancer treatment to start more quickly and it is more likely to be successful but in England this lags behind comparable countries. 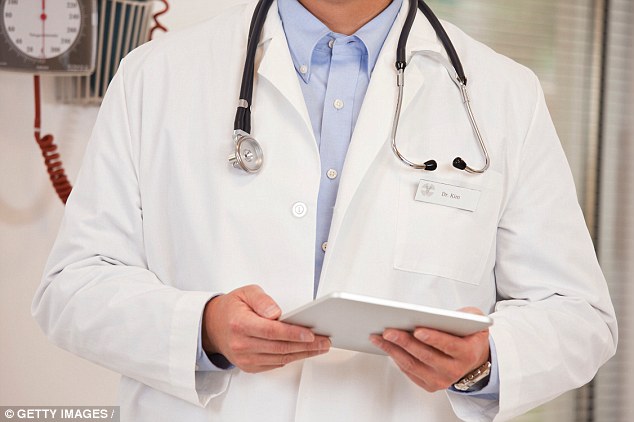 Professor Charles Swanton, CRUK’s chief clinician, said: ‘The Government has declared it will radically improve care in England through its ten-year cancer plan. Crucial to this plan is ensuring that more people receive an all-important timely diagnosis.

‘With a robust plan and sustained investment to build a cancer workforce fit for the future, we could diagnose people quicker and earlier, and save more lives.’

A Department of Health and Social Care spokesman said: ‘We are committed to reducing waiting times for cancer patients which is why we are rolling out up to 160 community diagnostic centres across the country – with 81 already open and over 800,000 additional scans delivered.

‘Our record investment includes an extra £2billion last year and £8billion over the next three years to cut waiting times, including an extra nine million checks, scans and operations by 2025.’

A spokesman for NHS England said: ‘Record numbers have received life-saving cancer checks in the last year. The NHS is investing billions in extra diagnostic and treatment capacity with staff working hard to roll out initiatives.

‘It is vital people continue to come forward if they have worrying signs or symptoms, as getting checked could save your life.’

Two in five people struggle to see an NHS dentist – with one county forced to stop taking on patients, it has emerged.

The body warned a lack of access to NHS dentistry is deepening health inequalities nationwide. Polling found 41 per cent of people have had difficulty booking an appointment, while almost a quarter had to pay privately.

It also warned that some elderly people in care homes were being struck off NHS dentist lists after not being able to attend an appointment in the pandemic.