Agnes Varda, the French New Wave pioneer who for decades beguiled, challenged and charmed moviegoers in films that inspired generations of female filmmakers, has died. She was 90.

With a two-tone bowl haircut, the Belgian-born Varda was a spirited, diminutive figure who towered over more than a half century of moviemaking. Her first film, made at the age of 27, La Pointe Courte, earned her the nickname Grandmother of the New Wave, even though she — the sole woman among the movement — was a contemporary of its participants, including Jean-Luc Godard and Jacques Demy, whom she later married.

A photographer-turned-filmmaker, Varda’s films fluctuated between fiction and documentary, often blurring the line in between. Her 1962 breakthrough, Cleo From 5 to 7, followed a glamorous woman (Corinne Marchand) in real time across Paris while she awaited results of a cancer exam.

Filmmaker worked right up until her death

In her 2017 Oscar-nominated road trip Faces Places, she traversed the French countryside with the street artist JR, pasting giant images of people they encountered on building facades.

“Life comes through the frame and through the stock. It’s like a filter,” Varda said in an interview in 2017. “I feel I am an artist but I am a movie maker. I make a film with my hands. I love the editing, I love the mixing. It’s a tool to make other people exist. It’s giving understanding between people.” 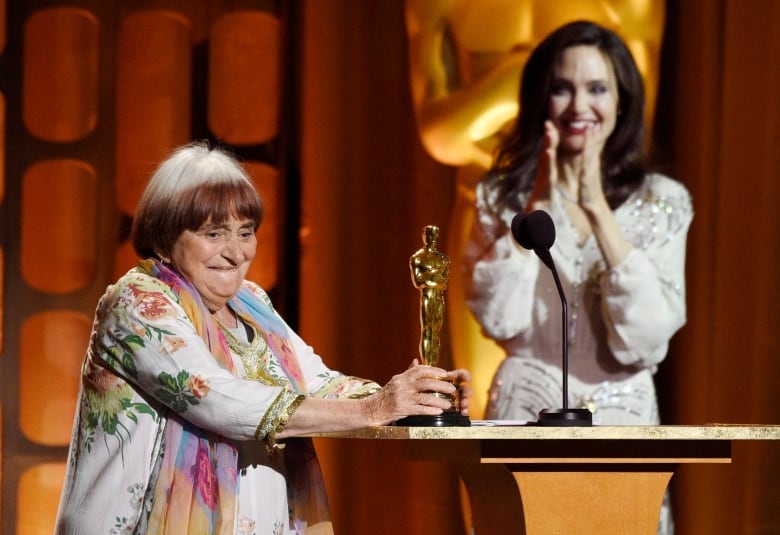 Varda worked almost right up to her death, releasing the scrapbook documentary Varda by Agnes earlier this year. She had originally intended her 2008 cinematic memoir Beaches by Agnes to be her swan song but, to her surprise, ended up with another decade of work.

Champion of women behind camera

Varda’s films quickly became feminist landmarks and she a champion of women behind the camera. One of the only female filmmakers in France when she started, she led an insurgency that continued, in greater number, through her life.

At the 2018 Cannes Film Festival, she helped preside over a protest for gender equality on the red carpet steps of the festival’s central Palais with 81 other women. At the premiere of what she called her “feminist musical,” One Sings, the Other Doesn’t, in 1977, she introduced “a film about women who were also people.” 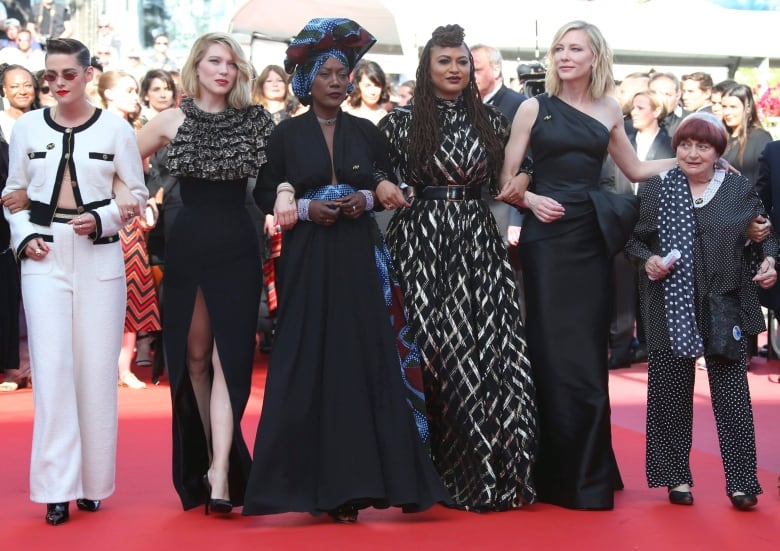 Her Vagabond, which won the Golden Lion at the Venice Film Festival in 1985, followed a young female drifter (Sandrine Bonnaire) discovered dead in a freezing ditch.

“When I started, my point was not to be a woman,” said Varda. “I wanted to do radical cinema.”

Varda’s death was immediately felt across the movie industry.

The Cannes Film Festival said: “The place she occupied is irreplaceable. Agnes loved images, words and people. She’s one of those whose youth will never fade.”

Arlette Varda was born in Brussels, Belgium on May 30, 1928 to a French mother and Greek father. Varda, who later changed her name to Agnes, started as a photographer after studying literature and arts.

In 1951, she was appointed official photographer of the Theatre National Populaire, and remained in that position for the next decade. 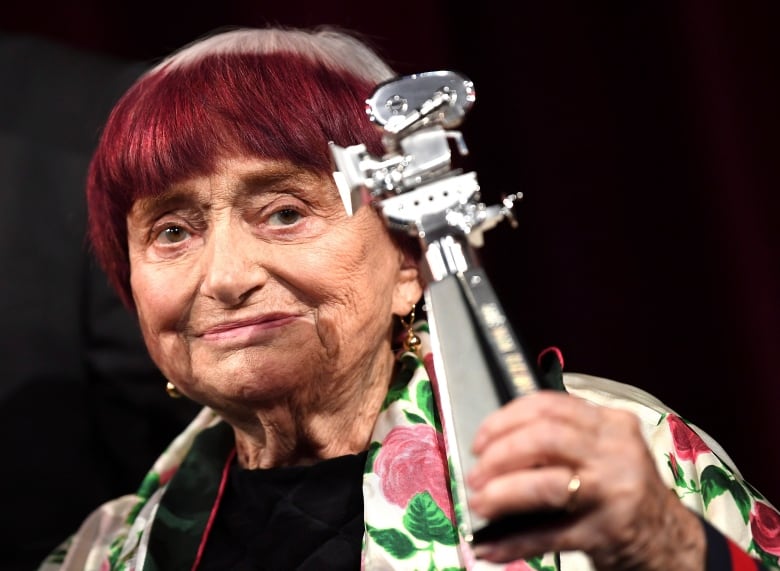 In 1954, well before Godard and Francois Truffaut became the emblematic figures of the New Wave, Varda’s first movie, La Pointe Courte, followed a couple going through a crisis in the small port of Sete on the Mediterranean coast. The movie was cut by Alain Resnais but was regarded as too radical at the time and only had a limited release.

Varda contrasted the young couple’s story with the local villagers’ struggle to survive, eventually linking the two seemingly disparate ways of life. She deliberately used a real fishing village, wanting to give the film the look of a documentary.

‘Reality as a texture to understand better’

“I’ve always been using reality as a texture to understand better,” she said. “I like for stories to look true.”

She made several documentary shorts, but inadequate funds prevented Varda from making her next feature, Cleo From 5 to 7, until 1961.

Backed by French businessman Georges de Beauregard, who had supported Jean-Luc Godard’s Breathless, the film studied Cleo’s evolvement from a shallow pop star to an authentic human being capable of understanding pain in herself and others. 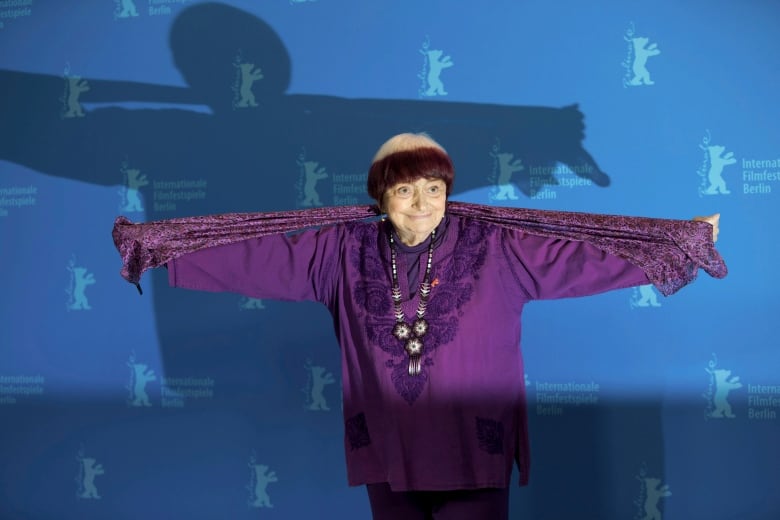 “I obliged myself to follow the time. Ninety minutes, one after another. Real time and real geography,” said Varda. “I filmed all the steps, all the streets. What she does, it could be retraced. I gave myself something difficult because inside the difficulty, I wanted to hear her heart beating.”

The widely hailed Cleo built anticipation for her next film, Happiness, which won the Silver Bear award at the 1965 Berlin Festival. Varda married Demy, the Umbrellas of Cherbourg director, in 1962 and two were married until his death in 1990.

They regularly worked on separate sides of their home’s courtyard. The couple also spent several years in Hollywood in the late ’60s. Demy made Model Shop there while Varda filmed Lions Love and she interviewed the imprison Black Panther leader Huey Newton for the 1968 documentary Black Panthers.

Fiction films are beautiful but documentaries put you at peace with the world. You try to make the world understandable, make the people come near to you.”– Agnes Varda

They had two children together: Mathieu Demy and Rosalie Varda, who both found career in French filmmaking. Varda is survived by both. Demy’s death fueled Varda’s late period of documentaries, including several heartfelt tributes to her husband including 1991’s Jacquot de Nantes.

“I had to stay alive even though he died. I made two films about him. Then I went off and I did cinema. Fiction films are beautiful but documentaries put you at peace with the world. You try to make the world understandable, make the people come near to you.”

One of those documentaries, the 2000 film The Gleaners and I, is considered by some her masterwork. Documenting people who live off the garbage thrown out by others, it’s a meditation on waste and reuse, art and death.

“Filming, especially a documentary, is gleaning,” Varda told IndieWire. “Because you pick what you find. You bend. You go around. You are curious.”