Swedish pole vaulter Armand Duplantis said his desire to better Sergey Bubka’s outdoor mark kept him motivated in the 2020 season and after clearing 6.15m to eclipse the Ukrainian great in September the 21-year-old is aiming to go higher next year.

Duplantis, a world silver medallist in Doha last year, set the world record by clearing 6.17m indoors in Poland in February and bettered that by a centimetre in Glasgow the same month.

He then went higher than Bubka’s outdoor mark of 6.14m, set in 1994, to win gold at the Rome Diamond League meeting in September.

World Athletics has not distinguished between indoor and outdoor records in pole vault since 2000. 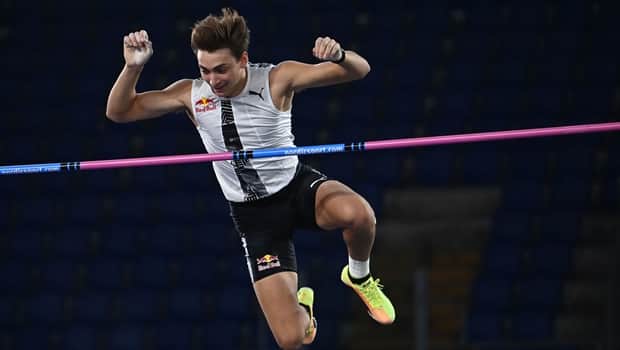 “That was the main motivation for the outdoor season at the end, to really get the 6.15m and cement myself as the highest-ever jumper outdoors,” said Duplantis, who won all 16 of his meetings this year to register a perfect season.

“Growing up … you see Bubka as almost this mythological creature. He was not real in the things that he was doing, they didn’t seem possible. Any record where you can knock him down a ranking is a pretty special feeling.”

Duplantis, named male athlete of the year earlier this month, is now targeting gold at next year’s Tokyo Olympics.

“I definitely think I can jump higher. There’s always room to improve. How high? I don’t know, but there’s more to come,” he said.

“Winning an Olympic gold is the dream. Ever since I was a kid I wanted to win an Olympic gold, to be the best pole vaulter in the world. That’s the big goal going into the next year.”