West Coast Eagles legend Peter Matera was out on his farm chopping wood when he suffered a massive heart attack and was saved from the brink of death by his partner as she rushed him to Bendigo Hospital.

Matera, the Eagles first ever Norm Smith Medallist, a two-time premiership player and five-time All Australian, was with his partner Susannah Barlow on their farm near Echuca near the NSW/Victoria border when he suddenly collapsed.

According to doctors, the fact they were together likely saved Matera’s life.

The Eagles legend is now in a stable condition at Bendigo Hospital after having two stents inserted into his heart.

Matera’s brother Phil, who played alongside him at the Eagles, rushed to his brother’s bedside on Monday night and told 7News Peter was incredibly lucky.

‘He was chopping wood and got a few pains in his chest and luckily he wasn’t out on the tractor as he normally is,’ he said.

‘He was very lucky he wasn’t out on the tractor, they were together, which was a great thing because obviously the doctor was saying he had someone with him and they could get him straight into the hospital.’

The stents inserted via emergency surgery are essentially two small wire mesh tubes that are used to hold arteries open in order to reduce the likelihood of another massive heart attack.

In a twist of fate, after being separated for over two years due to COVID border restrictions, Phil and his brother were due to reunite this weekend ahead for golf and footy, before flying to Perth the following weekend for the 20th reunion of the Eagles’ 1992 premiership side. 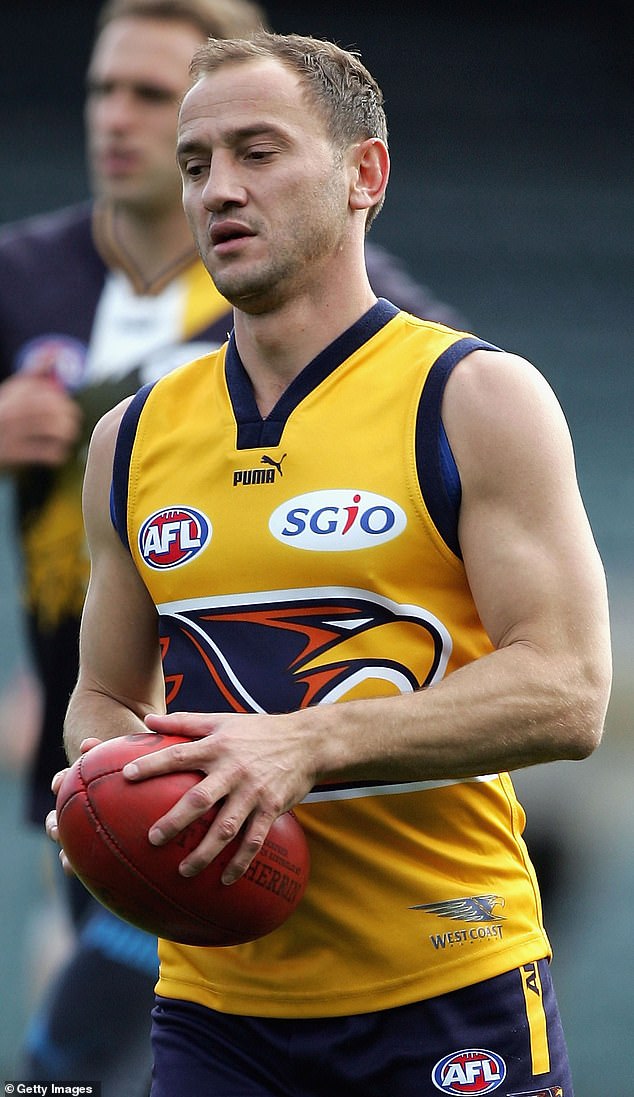 Phil Matera, also a West Coast great, was due to reunite with his brother this weekend, but instead has flown to be by his bedside in Victoria

‘It was really unfortunate, we were lining up to play golf on Friday, he was flying into Adelaide and so was I to play a few rounds of golf with some mates over in Adelaide and we were going to the Adelaide-Eagles game as a group of mates,’ said Phil.

‘I hadn’t seen him for a couple of years because of Covid restrictions and he was telling me last week how excited he was to get back to the ’92 reunion. Hoping he is well enough to get back to that, but let’s just make sure he gets out of hospital first.’

Cult West Coast hero Glen Jakovich, who won two premierships alongside Matera, said his mate wasn’t out of the woods yet as he revealed the effect the news had on other former Eagles. 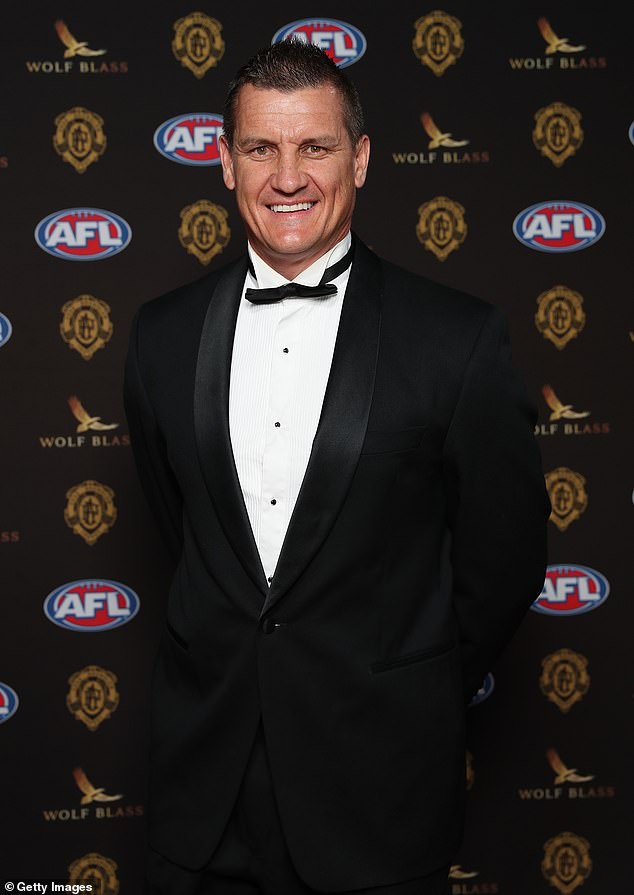 ‘From all reports he’s still very much not out of the woods yet, from what I’ve been told by a few friends,’ he said on an Eagles WhatsApp group.

‘He’s in ICU at the minute and he’s had a couple of stents. I believe he’s going to be having a few more. So there’s a bit of work to be done over the next couple of days. Our prayers are out for him, especially, and his family.

‘We were all, once upon a time, pretty invincible as footballers and this has certainly come as a shock.’ 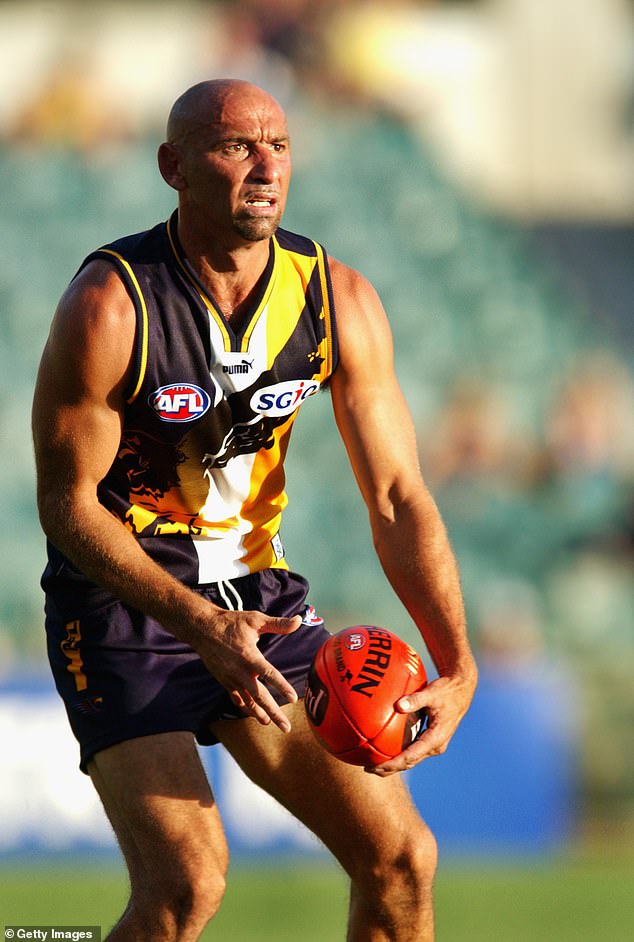 Matera is regarded as one of the Eagles’ greatest ever players, a dashing winger who delighted fans with his relentless running and tackling during West Coast’s most successful period.

Former premiership teammate and Gold Coast coach Guy McKenna fondly recalled their playing days together, saying Matera used to ‘strut around like a peacock reminding them how deadly he was’ after a big game.

‘So often in a rich vein of form, he would say to his teammates, “Give the ball to Roo, I’ll do the rest”. So often he was right,’ he said in the West Australian.

‘Torre’s butchers used to supply steaks for the playing group on a Monday after training. The best player in their eyes got the fillet mignon.

‘Roo would often be heard walking into training advising the trainers to make sure his fillet was medium rare even before he had seen what Torre’s had decided on,’ recalled McKenna. 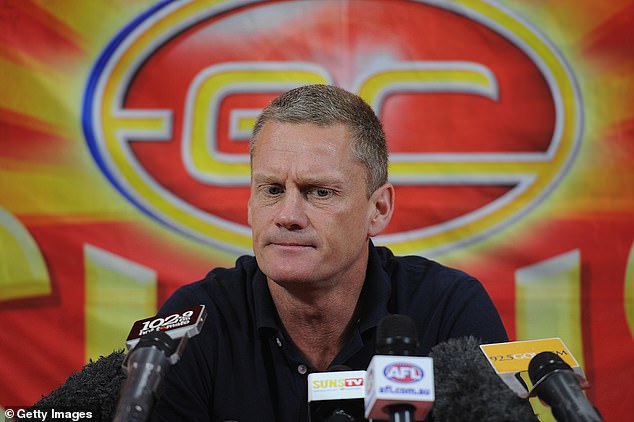 West Coast released a statement last night in response to the horrible series of events, saying their thoughts were with the family of one of their favourite sons.

‘Peter, a dual Eagles premiership player and Norm Smith medallist in the 1992 triumph, is currently in hospital where he is receiving the best of care.

‘The club is saddened by this news and wishes Peter a speedy and full recovery. Our thoughts are with Peter, Suzy and his family, who have requested for their privacy to be respected at this time,’ said the statement.