AFL legend Peter Matera is lucky to be alive after sufferings a ‘severe’ heart attack at the age of just 53.

The West Coast Eagles great was rushed to Bendigo hospital in Victoria on Sunday, where doctors placed two stents placed in his heart.

Teammate of the two-time premiership player, Brad Hardie, broke the news on radio but said he’s not fully aware of his current condition.

The West Coast Eagles great, 53 (pictured with wife Yasmine Matera) was rushed to Bendigo hospital in Victoria on Sunday, where doctors placed two stents placed in his heart

‘We’re not sure exactly the extent of it at this stage,’ Hardie told 6PR on Monday.

‘He’s rehabilitating as we speak in a hospital in Bendigo, so get well Roo. He’s a star.’

The five-time All Australian winger also had the honor being awarded the Norm Smith Medal in 1992 for being best on ground in the Grand Final.

He burst onto the footy scene in 1989 after being drafted from South Fremantle football club. By the end of his stellar career in 2002, he was considered and all-time great.

But since hanging up his boots, he’s lived a ‘reclusive’ life in rural Victoria, mostly shying away from the spotlight.

‘No one has really seen him too much,’ Hardie said. 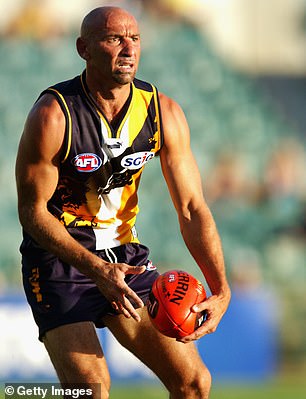 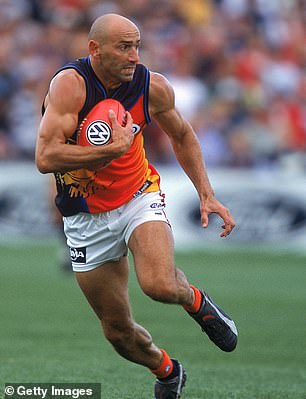 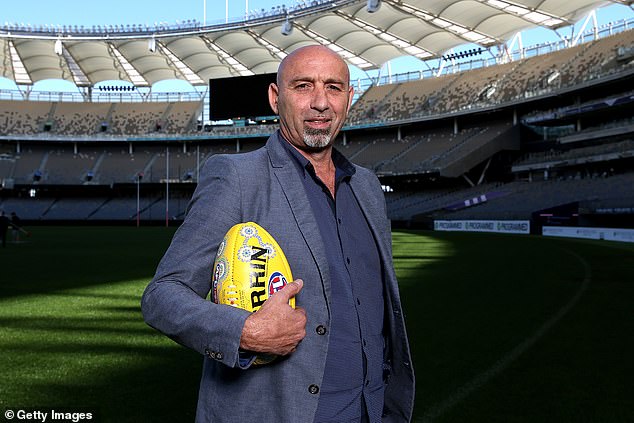 The health scare comes after a string of heart attacks among high-profile Australian athletes.

Cricketers Shane Warne, 52, and Rod Marsh, 74, both died after going into cardiac arrest earlier this year.

Ryan Campbell, an ex WA cricketer and coach of the Netherlands national team also had a heart attack which almost claimed his life.

The 50-year-old was placed into an induced coma but managed to make a full recovery in April.

Hardie said he’s shocked by the recent spate of heart attacks and hopes Matera can pull through.

‘He’s not an old man. There is a lot of that going on at the moment… It is very concerning,’ he said.

‘Especially in that early 50s bracket and fit people too.’