Tributes have flooded in for Hawthorn great Paul Dear after he lost a two-year-long battle with cancer on Friday evening.

The 1991 Norm Smith medallist died from pancreatic cancer aged 55, leaving behind his wife Cherie and their four children Harry, Nate, Maya and Calsher.

Hawthorn Football Club, close friends and thousands of fans have rushed to remember and pay their respects to the club legend.

‘Hawthorn Football Club is deeply saddened to learn the passing of premiership player Paul Dear,’ a statement from the club read.

‘The club extends its sincere condolences to Paul’s family and friends. He was a loving husband and proud father to four children he adored immensely.’ 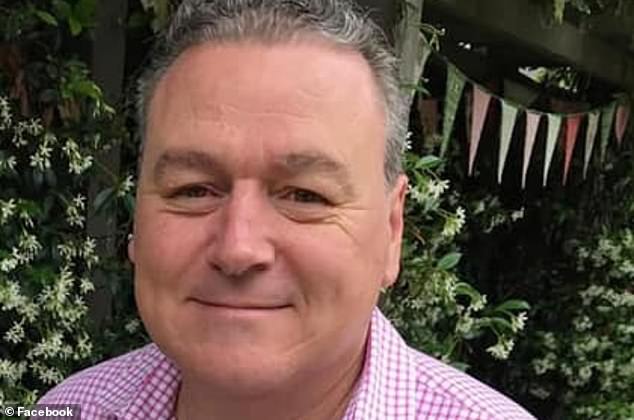 Dear’s cemented his legendary status at the club playing 123 games for Hawthorn during a nine-year career spanning from 1987 to 1996.

‘Arguably his greatest moment in the brown and gold came on Grand Final day 1991, helping drag the Hawks to premiership glory,’ said his old club on Saturday.

‘In retirement, Paul’s ability to inspire extended beyond the football field, as he bravely fought pancreatic cancer following his diagnosis in 2020.’ 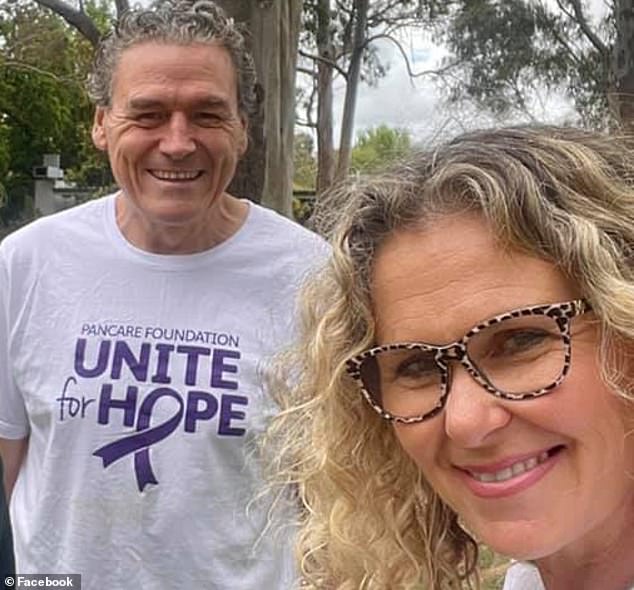 Cherie Dear (pictured) shared the details of her husband’s last day, saying he peacefully sat watching what he wouldn’t know was his final day

‘It is with a very heavy heart that I share with you that my darling Paul said goodbye to us at 6.59pm,’ she revealed.

‘On Wednesday night we piled into his favourite old car which represented him so well and went for what we didn’t know was his last sunset at one of our favourite places. Like what was often his way, he sat peacefully and quietly and took it all in.

‘On Thursday he spent the whole day sitting outside, enjoying the blue skies and warm sun of the Melbourne winter.

‘I’m so proud of our beautiful family who helped me ensure that we could give him what he wanted – passing peacefully at home, completely enveloped in love and comfort,’ she wrote.

‘If you want to do anything that will be meaningful to all of us please consider donating to our Dare to Hope fund and leave a tribute to Paul in your message.’

‘(He was a) Norm Smith medallist but he was just a damn good bloke.’

Darren Chester, the Federal member for Mr Dear’s native Gippsland, wrote the Dear family name is ‘synonymous’ with the area.

‘My favourite personal sporting encounter with Paul was actually on a basketball court when he was working in East Gippsland,’ wrote Mr Chester.

‘Let’s just say he approached the game with the same competitive spirit and he could be guaranteed to clear a wide pathway to the ring each time he took off for a lay-up or rebound!

‘Paul was a humble, genuine, loving, knockabout bloke who will be sadly missed by his extended network of family, friends and sporting mates.’ 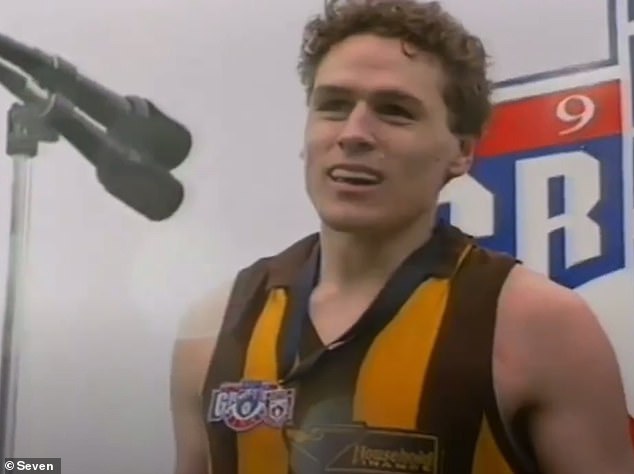 Former teammates and clubs left heartfelt messages in remembrance of Mr Dear (pictured) across radio, TV and the internet on Saturday

Beaumaris’ local football club the Sharks extended their condolences to the family.

‘Paul, Cherie, Harry, Nate, Maya and Calsher are much loved members of the Shark community.

‘Led by Paul and Cherie, the Dear family have been significant contributors to the Sharks in all facets – playing, coaching, team manager, volunteering – of club and community life.

‘More recently through Paul’s battle with pancreatic cancer, we have witnessed what love and family can collectively achieve – both for each other and for others affected by this uncompromising disease,’ the club wrote.

‘Incredibly sad to hear about the passing of Paul Dear. Took on his fight against pancreatic cancer with courage, positivity and a smile as broad as his shoulders,’ he wrote.

Thousands of fans around Australia were rocked by the death, many saddened by the life cut short.

Mr Dear’s death comes just a week out from the round 18 ‘Dare to Hope’ AFL match between Hawthorn and West Coast who lost to Dear’s Hawthorn in the 1991 Grand Final, raising money for Pancare’s Paul Dear Pancreatic Cancer Fund.