EXCLUSIVE: Cocaine shame for senior AFL coach as he’s busted buying a bag of the drug from a dealer while going for a ‘jog’ on a Saturday night – and his five word confession to undercover cops

A senior AFL coach with the GWS Giants has been busted buying cocaine, with undercover cops watching him pick up a bag from a dealer while he went for a jog.

Robert Chancellor, 31, the head of development for the side, was arrested outside his Marrickville home, in the city’s inner-west, just before 8pm on Saturday, December 10 after being found with 0.87g of cocaine.

Chancellor pleaded guilty to one count of possession of a prohibited drug at Newtown Local Court on Thursday.

After turning through a few streets, Chancellor stopped near a black Toyota and leaned in the driver’s window before he was seen putting something into his front left pocket.

The vehicle drove away and Chancellor walked back towards his home, where he was stopped by police who told him he was suspected of buying an illegal drug.

According to a statement of police facts, Chancellor then ‘made a full admission’, producing a small bag with white powder from his pocket and telling them: ‘It’s cocaine. I paid $300.’

Chancellor was placed under arrest and the bag of cocaine with seized.

Officers search his phone and found WhatsApp messages between Chancellor and the dealer arranging to meet up for the exchange.

At the time of the arrest, Chancellor had only recently moved to Sydney after joining the club in September, having previously coached Victoria’s Western Jets for two years.

Chancellors’ other notable roles include working as an assistant coach at St Kilda, alongside the Giants’ new head coach Adam Kingsley.

Chancellor began his career as a football technology assistant at Hawthorn before joining Melbourne in 2013.

He began as the Saints opposition analyst and manager of performance analysis before transitioning into coaching.

Last month, the Giants posted a photo to Twitter showing Chancellor alongside some of the team’s recent picks, captioned ‘the new boys on the block’.

It featured him standing alongside some of the teams recent picks, including Aaron Cadman, Harry Rowston and Darcy Jones. 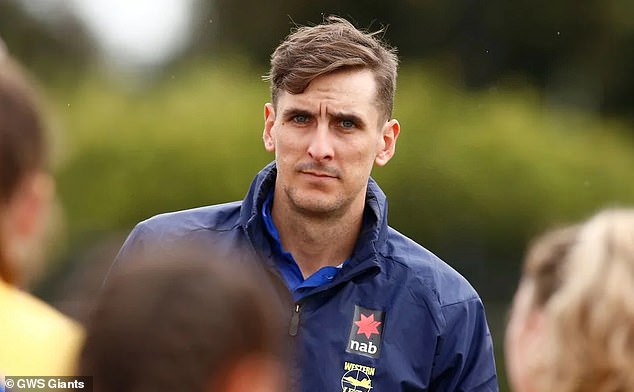 ‘He has a long-standing relationship with new coach Adam Kingsley and will be a valuable asset to our football program,’ McCartney said.

‘Across recent months we identified a need to bolster our development program and we’re excited to have someone of the calibre of Robbie to add to this space, alongside our current development coaches.’

Daily Mail Australia has contacted the GWS Giants for comment.

The revelation comes as the club has undergone a management shake-up in recent months after a difficult 2022 season, winning just 6 of 22 games and finishing 16th on the ladder.

The changes at the club included the parting of assistant coaches Steve Johnson and  Amon Buchanan, who were dropped in September as Kingsley revamped his staff.

Chancellor is due to next face Newtown Local Court on March 7, when he is expected to be sentenced. He is on bail. 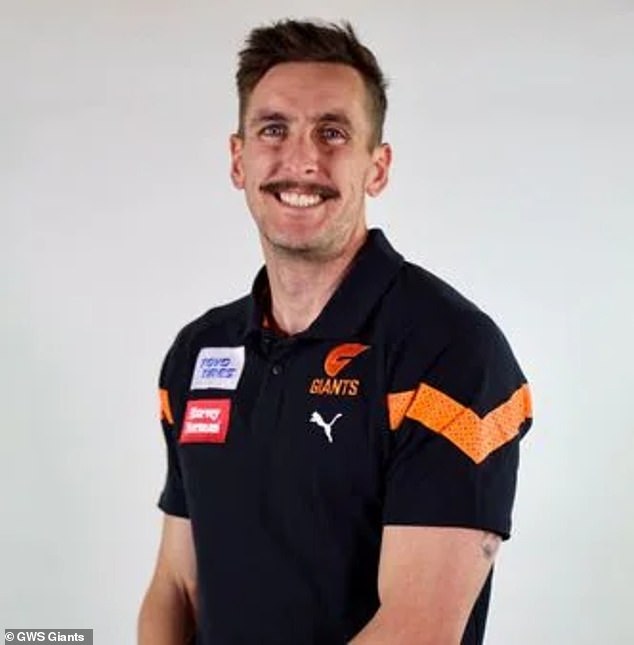