Scanning his LinkedIn account in 2019, Shamrock Rovers defender Roberto Lopes came across a peculiar invitation in a foreign language.

It was the then-manager of the Cape Verde national football team, Rui Aguas. Yet after ‘connecting’ with him, the Dublin-born centre back ignored his follow-up message. It almost cost Lopes – unbeknown to him – a shot at international football.

‘Through sheer ignorance and probably rudeness, I didn’t translate the message! I just assumed it was spam and was a standard LinkedIn greeting in Portuguese, which I don’t speak’ Lopes tells Sportsmail, on the eve of playing in the 2021 Africa Cup of Nations. 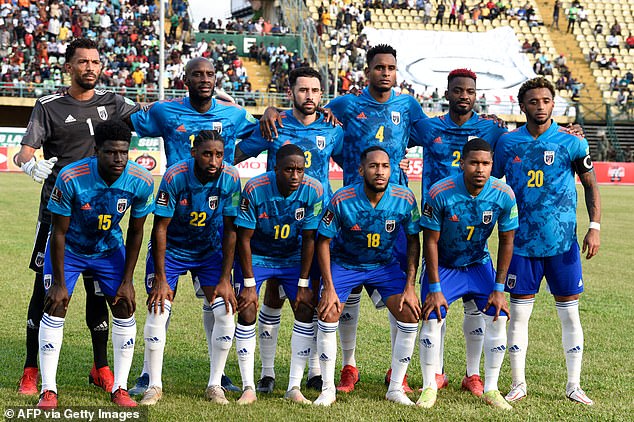 The Irish-born centre back (back row, third from left) will now represent Cape Verde at AFCON

Nine months later though, after a follow-up text in English from Aguas, the Shamrock Rovers star realised to his astonishment he wasn’t being led up the garden path. Yes, the Cape Verdean Football Federation really did want him to declare for the small island country in the Atlantic Ocean, through his Cape Verdean father.

He only set up his LinkedIn page at college eight years earlier, while studying Leisure Management at Dublin Institute of Technology. How useful that proved to be.

‘I went back and copied and pasted the original message into Google Translate and he was asking me: “We’re trying to get some new players, would you like to declare for Cape Verde?”

‘I was absolutely delighted as I never thought it was a real opportunity and it just presented itself in front of me – I’m just so glad I wrote back to him in time!

‘Growing up, you often got the prank phone calls pretending to be a club in England. You don’t know how genuine the social media contact is until you get formal contact. The English message settled me and removed the scepticism I had.’

With an international career representing Ireland a long gone possibility, birth certificates and passports were swiftly exchanged and a matter of weeks later, Lopes was in the Cape Verde squad for a friendly against Togo in October 2019 at the Stade Parsemain on the outskirts of Marseille.

Just one issue remained. The same issue that almost cost Lopes his big chance in the first place. Born and raised in Ireland, Lopes could not speak Portuguese nor the national language of Cape Verdean Creole.

‘I was very excited to play international football but the nerves were due to the language. My mother’s Irish and my dad speaks Creole but I never learned it.

‘But once I landed and met the rest of my team-mates, they were fantastic with me. Everyone spoke English, they all made the effort with me and helped me learn bits and pieces of Creole to help me when I’m on the pitch. It was brilliant, my first trip was amazing.’

Ninety minutes and a 2-1 victory later, Lopes was an international footballer. Now, after eight caps in total over two years, the 29-year-old is preparing to compete against some of world football’s biggest stars at AFCON.

The Cape Verde squad are now safely in Cameroon, after a build-up overshadowed by Covid cases. Friendlies in Morocco and visits to meet national politicians were cancelled – yet that hasn’t dampened the spirits amongst the 483,000-strong population. 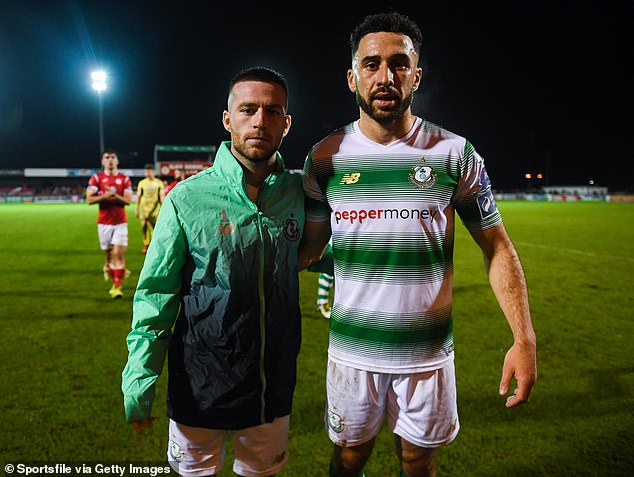 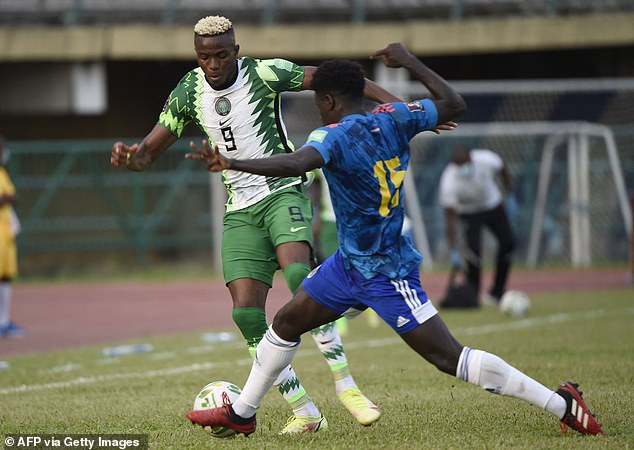 In fact never mind Lopes, his Cape Verde-born dad has had a taste of stardom while on a trip to the country watching his son play in recent games.

‘I have to say, he’s incredibly proud,’ Lopes says, while in camp in Cape Verde.

‘He had one of my jerseys from a previous game and had people coming up to him asking “We’ve been trying to get that everywhere, where did you get that?”

‘When he said his son plays for the team, he was treated like royalty. He then went to Sao Nicolau – which is the island where he’s from and where my Grandad lives – and said I’ve got a fan club down there!’

Curiosity doesn’t just lie in the archipelago, consisting of ten volcanic islands, though: ‘Even back in Ireland, I get hundreds of questions because I would never get the chance to go to the likes of Rwanda, Cameroon or Nigeria.

‘To experience all this playing football is just great. To share the stories with my friends, they’re just delighted for me – I’ll have some unbelievable memories.’ 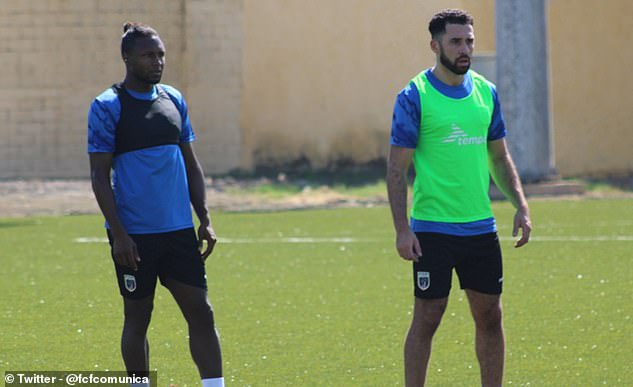 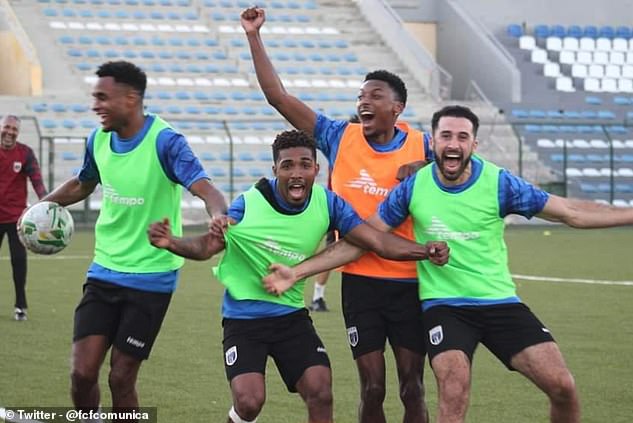 Cape Verde are not turning up to AFCON just to make up the numbers. On the contrary, after one of two previous appearances in 2013 – the other came in 2015 – saw an unlikely run to the quarter-finals, optimism is high.

Sixteen different domestic leagues are represented amongst the 26 players picked in the Cape Verde squad for the tournament, from Philadelphia Union in the MLS to Qarabag in the Azerbaijan Premier League.

All eyes are firmly fixed on the first day of the competition, on Sunday, with all four of the Group A participants in action. After Cameroon face Burkina Faso, Cape Verde take on Ethiopia, who are 64 places below them in the FIFA rankings as No 73 takes on No 137.

‘We want to cause a few upsets but you can’t look beyond the group-stage until you get out of them and that’ll be our No 1 goal,’ a level-headed Lopes says.

Matchday three will see Cape Verde play Cameroon and Lopes – a likely starter in central defence – is set to be up against Bayern Munich striker Eric Maxim Choupo-Moting.

Quite the contrast from the League of Ireland Premier Division, which Lopes’ club Shamrock Rovers just won in November.

‘It’s definitely a big step up,’ he acknowledges. ‘What I liken it to is the European matches – Europa League and qualification games – which myself and Rovers have played in the last few years.

‘Just to be exposed to that sort of quality and intensity will make you a better player.’

Lopes’ attitude is refreshingly enthusiastic, especially given the questions aimed at high-profile African players in Europe about their participation at AFCON. Ian Wright insisted the tournament was being ‘disrespected’ – and Lopes agrees. 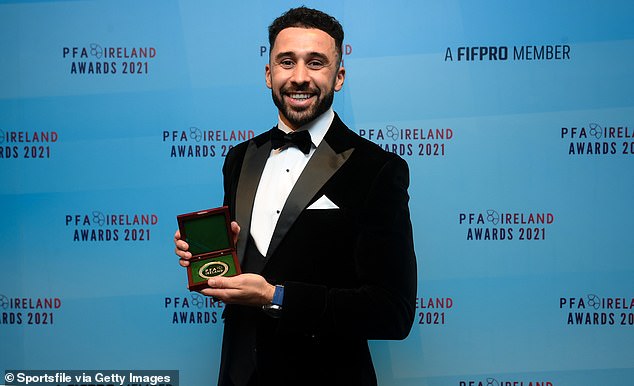 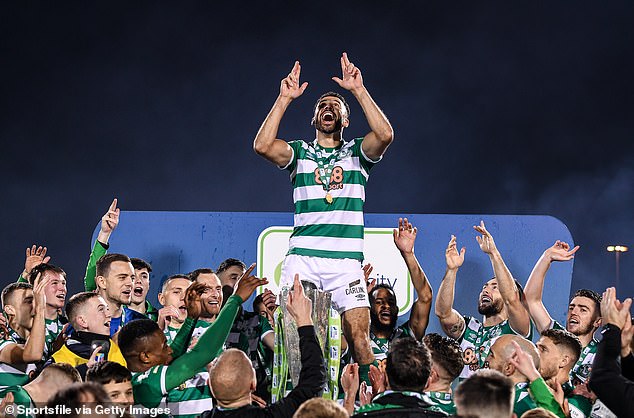 ‘I think Ian Wright hit the nail on the head. People have immense pride representing their national teams so to even propose that question is completely disrespectful.’

Further afield, with Africa’s participants at the World Cup increasing from five to nine for 2026, Lopes admits the next aim post-AFCON is a debut appearance, particularly after narrowly missing out to Nigeria in the latest round of African qualification for Qatar 2022.

‘There’s a realisation that we’re able to compete at this level. I’d love to get to a World Cup with Cape Verde, that’s the next goal. But at the moment, we need to get three points against Ethiopia. I want to be in that team on January 9.’

So keep an eye out on Sunday evening. Because, as his LinkedIn details, the former assistant at retail store Dunnes is all set and ready for the biggest experience of his life in Sub-Saharan Africa.