‘Massive’ stampede by ticketless fans caused crush at Cameroon vs Comoros AFCON match that left eight dead and 38 injured as 60,000 people tried to storm Olembe Stadium when capacity was capped at just 48,000

Cameroon authorities have blamed a deadly stadium crush at the African Cup of Nations tournament on a ‘massive’ influx of ticketless fans who arrived late to a game involving the host team and tried to force their way in to avoid security checks and COVID-19 screening.

In response, the government ordered 250 extra police officers for Cameroon’s next game, a quarter-final against Gambia on Saturday at a different stadium.

The stampede at Monday’s Cameroon-Comoros last 16 match at the African Cup’s main Olembe Stadium in the capital of Yaounde left eight people dead and another 38 injured, seven of them seriously. 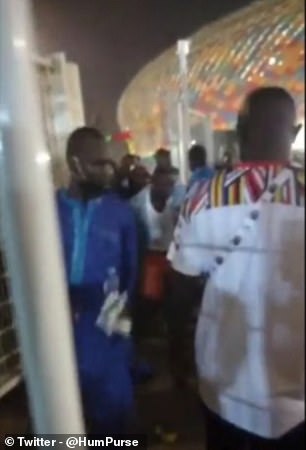 It was one of the worst stadium disasters in the history of Africa’s biggest soccer tournament.

Cameroon Sports Minister Narcisse Mouelle Kombi said at a news conference on Friday that the full results of a government investigation were not yet available, but he did reveal some new information.

Close to 60,000 fans tried to get into the game at the Olembe, Kombi said, when the crowd was meant to be capped at a maximum of 48,000 people because of COVID-19 restrictions.

African Cup organisers have made it compulsory for fans to present negative virus tests and proof they are vaccinated against COVID-19 to attend games.

But many fans didn’t have tickets or meet the COVID-19 screening criteria and so forced their way in, Kombi said. Local TV stations have broadcast footage of fans climbing over security fences at the time of the crush. 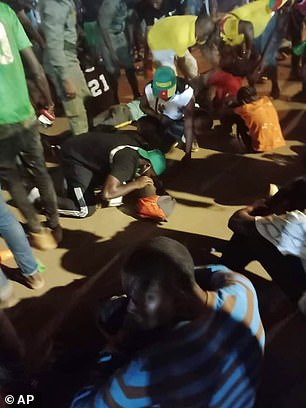 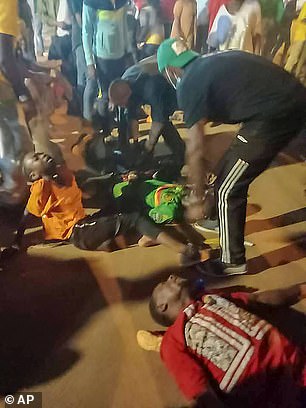 ‘I will not be able to give you the results of investigations ordered by Cameroon President Paul Biya but the massive and late influx of supporters and spectators at Yaounde’s Olembe stadium caused the crush,’ Kombi said.

Also, the fans had arrived late because they had been watching an earlier match on TV, Kombi said.

Authorities haven’t yet explained why security officials directed fans toward a gate that was locked, as witnesses have claimed and which contributed to the crush. Or why security was so inadequate and so easily overwhelmed.

Kombi is also the president of Cameroon’s local organising committee for the tournament.

He said the increased security for Cameroon’s game against Gambia in the commercial capital Douala on Saturday was ‘to stop the uncivil behaviour of Cameroonians who want to force themselves into the stadium when they do not have entry tickets and negative COVID-19 test results.’ 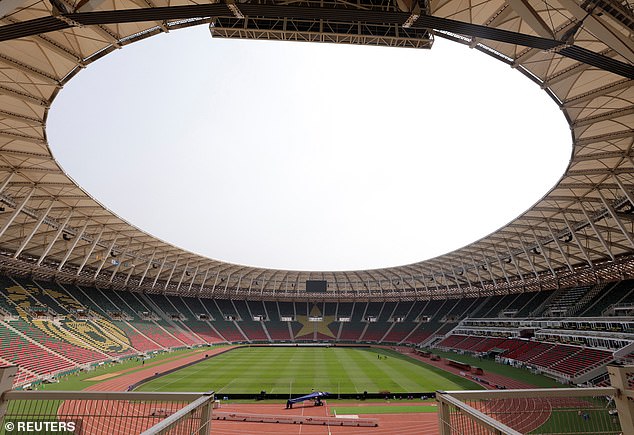 The capacity at the Olembe Stadium was supposed to be capped at 48,000 but 60,000 people attempted to get inside, causing the deadly stampede

Kombi said organisers would no longer allow children under the age of 11 to attend games after a number of children were caught up in the crush at the Olembe.

The Confederation of African Football, which runs the African Cup alongside local organisers, has taken one of the quarterfinals away from the Olembe Stadium as a result of the crush.

CAF president Patrice Motsepe said the Olembe also will not host a semi-final and the final on February 6 unless Cameroon soccer officials can guarantee the games will be safe.

The extra police presence at the Japoma Stadium in Douala for Saturday’s game was also in response to an incident at that stadium during a group game between Algeria and Ivory Coast, when around 40 fans invaded the field at the end of the match. Some of the fans grabbed hold of players and had to be dragged away. 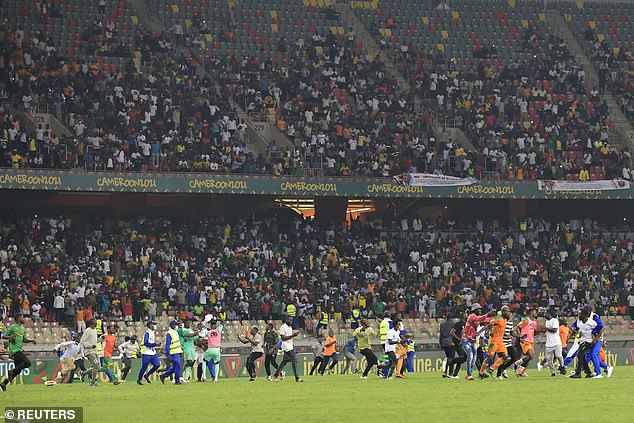 The Central African nation of Cameroon was meant to host the African Cup in 2019 but was stripped of that year’s event by CAF because of problems with its stadium preparations.

CAF warned Cameroon as recently as a few months ago that the facilities and security plans at the Olembe were inadequate and threatened to take the opening game away from the 60,000-seat arena, which cost Cameroon over $300 million to build for the African Cup.