Britons are preparing for the 50th anniversary of Glastonbury by pitching tents in their own back gardens – as aerial photographs show a deserted festival ground where 200,000 revellers were due to attend.

While the shell of the Pyramid stage is still visible it is surrounded by the tranquil sight of a patchwork of empty green fields in Pilton, Somerset.

At the top end of the field where Sir Paul McCartney, Taylor Swift and Kendrick Lamar had been due to headline this weekend stands a herd of grazing cows.

Glastonbury organisers announced in March that the legendary festival would be cancelled amid increasing concerns over the coronavirus pandemic.

But disappointed music fans have committed to not let the virus ruin the occasion – and are now erecting tents and mood lighting in their gardens to emulate the festival experience. 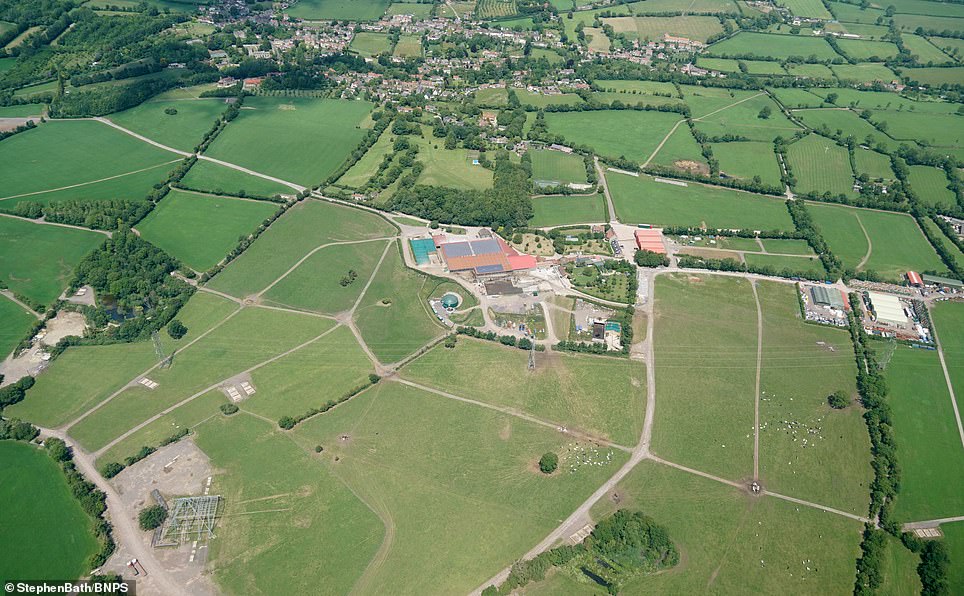 Pictures from 2019 (left) show the opening day of Glastonbury, with tents filling the field in Pilton, Somerset, while images this year show deserted grassland 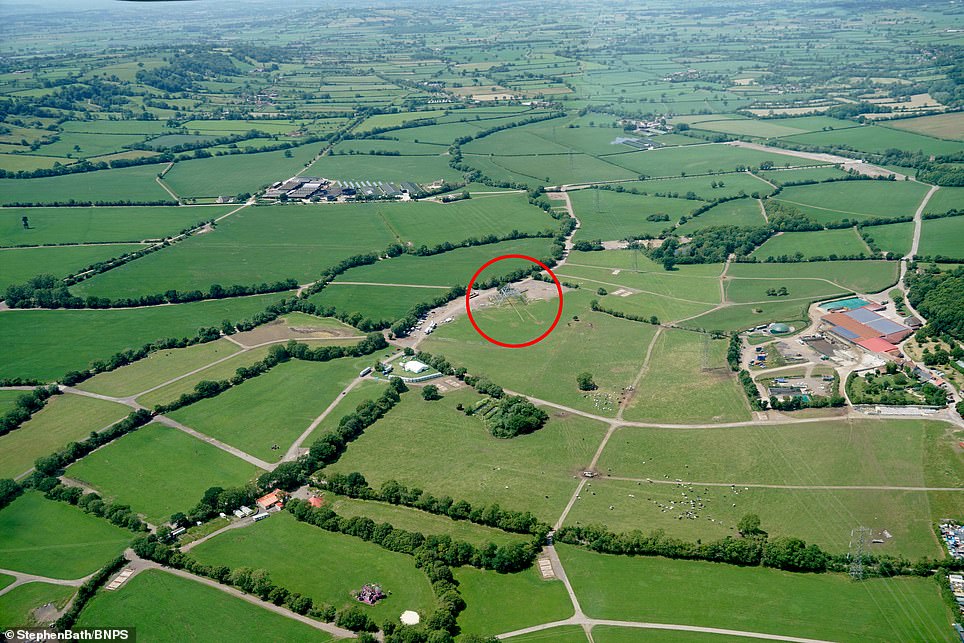 While the shell of the Pyramid stage is still visible (right, circled) it is surrounded by the tranquil sight of a patchwork of empty green fields. Left: Glastonbury 2019 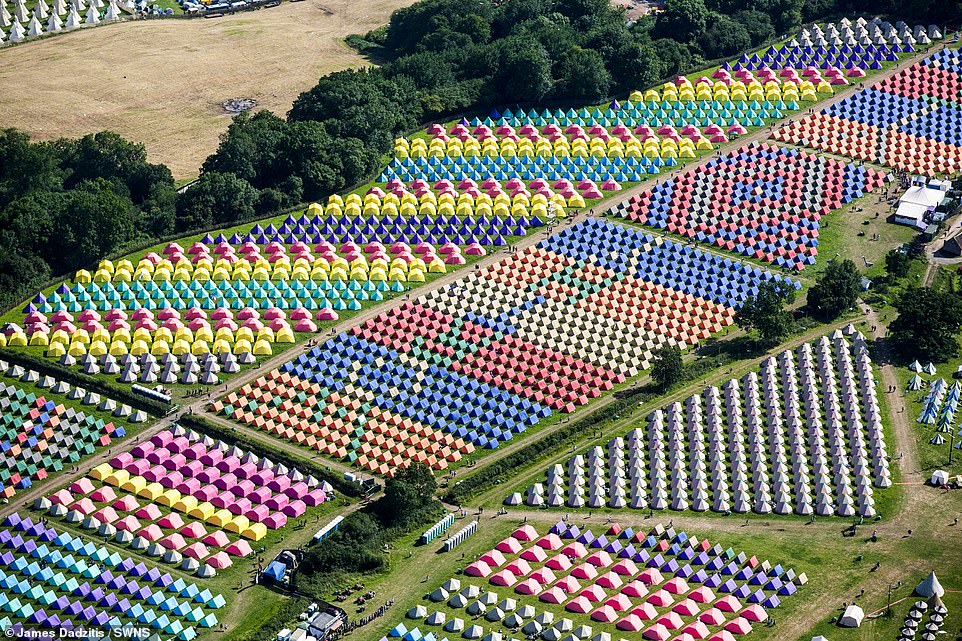 The opening day of the Glastonbury Festival in 2019. Glastonbury organisers announced in March that the legendary festival would be cancelled amid increasing concerns over the coronavirus pandemic 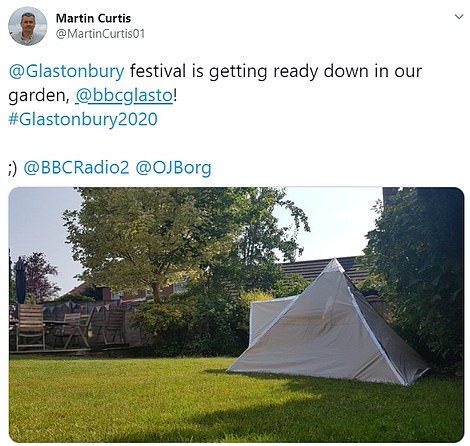 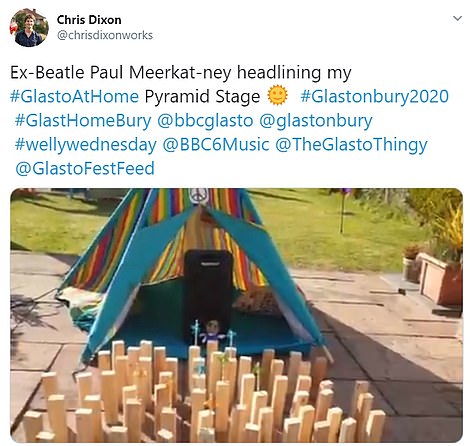 Birds-eye images show that the recent spell of hot weather shows no mud bath in sight at the festival grounds.

It was a very different story a year ago when huge crowds gathered to take in musical performances at the 900 acre site in Pilton, Somerset.

The rest of Michael Eavis’ Worthy Farm was a series of giant campsites, with tents pitched as far as the eye could see.

With the coronavirus pandemic forcing this year’s cancellation, a ‘virtual’ festival is being held this weekend with iconic headline slots shown again on the BBC.

These will include performances from David Bowie, Oasis and Adele.

Glastonbury was first held in 1970. Last year’s festival was headlined by Stormzy, The Killers and The Cure. 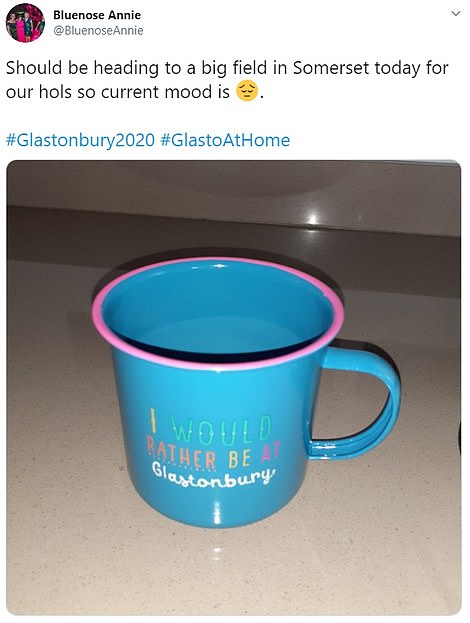 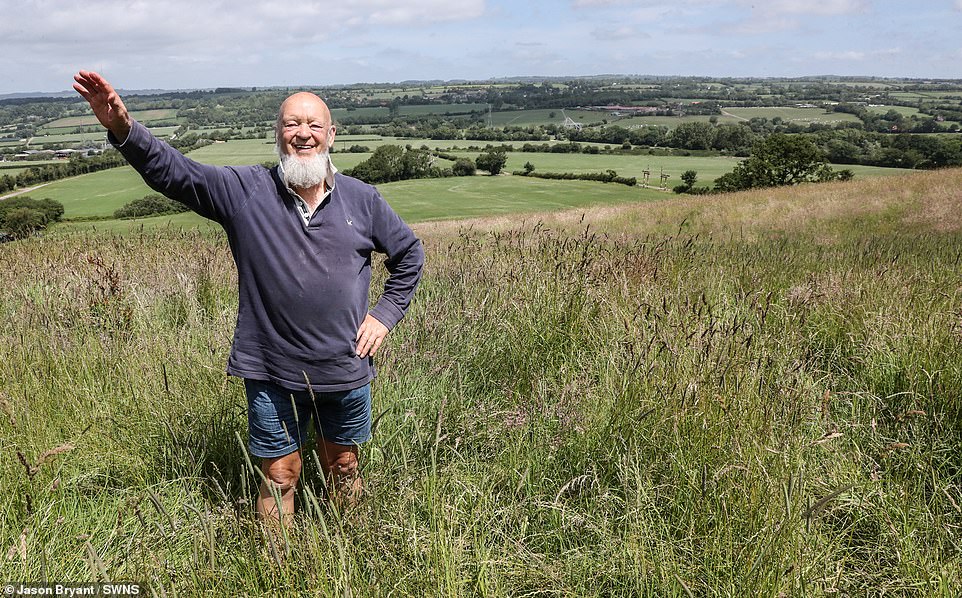 Glastonbury Festival founder Michael Eavis surveys his empty farmland on what would have been the opening day of the famous extravagnaza, June 24

Mr Eavis’ farm is so big that it can take festivalgoers an hour to get from one side of the site to the other.

In March this year organisers apologised for having to cancel the event with an ‘enforced fallow year for the festival’.

‘Clearly this was not a course of action we hoped to take for our 50th anniversary event, but following the new government measures announced this week – and in times of such unprecedented uncertainty – this is now our only viable option,’ they wrote.

‘We very much hope that the situation in the UK will have improved enormously by the end of June. But even if it has, we are no longer able to spend the next three months with thousands of crew here on the farm, helping us with the enormous job of building the infrastructure and attractions needed to welcome more than 200,000 people to a temporary city in these fields.’

Music fans who had secured tickets were given the chance to roll their £50 deposit over to the next year and guarantee a spot at Glastonbury 2021.