Verdict: Iggy pops back to his roots

When Iggy Pop released his Post Pop Depression album in 2016, there were suggestions it could be his last . . . or at least the last time he made a full-bodied rock and roll record. After all, the former wildman had matured into a respectable elder statesman who played golf, watched Countryfile and sold car insurance on TV.

We should have known better. At 75, Iggy no longer stage dives, rolls about in broken glass or smears himself with peanut butter — as he famously did when fronting his old band, The Stooges, at a Cincinnati gig in 1970 — but he still knows his way around a powerhouse rock song and there are plenty of them on his 19th solo LP.

The singer, born James Osterberg and raised in a Michigan trailer park, made his name playing hard rock before jetting off to Berlin to record his adventurous solo LPs, The Idiot and Lust For Life, with David Bowie. ‘I’m the guy with no shirt who rocks, and we made a record the old-fashioned way,’ he says, of this new offering. Well, that’s only partly true.

Iggy Pop, born James Osterberg and raised in a Michigan trailer park, made his name playing hard rock before jetting off to Berlin to record his adventurous solo LPs, The Idiot and Lust For Life, with David Bowie

Iggy can still play the oldest punk on the block with wide-eyed abandon. He rages against the ills of the music business on Modern Day Rip Off, and takes a satirical swipe at today’s studied rock rebels on Neo Punk.

Frenzy is an angry riposte to being stalked online . . . although a chorus that drops the F-bomb isn’t for the faint-hearted.

If there’s a generic feel to some of the faster rock numbers — screeching climate change anthem All The Way Down, for one — Every Loser also allows Iggy to explore his thoughtful side. Anyone who has tuned into his excellent weekly BBC Radio 6 Music show will know how much he loves new sounds and his appetite for the unexpected is to the fore here. 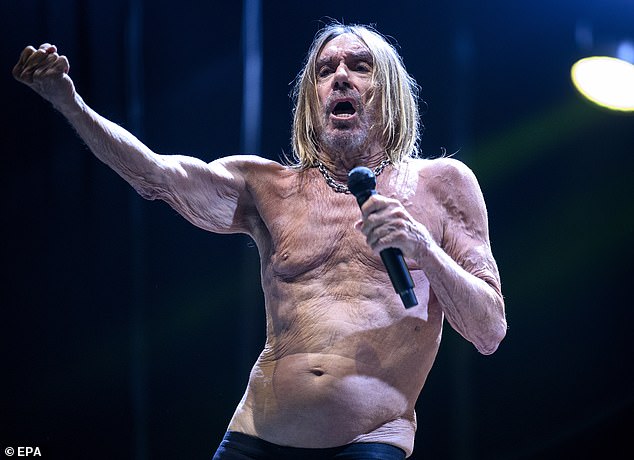 Iggy no longer stage dives, rolls about in broken glass or smears himself with peanut butter — as he famously did when fronting his old band. Pictured: Iggy performing at Venoge Festival in Penthaz, Switzerland last August

Sung in a deep, Sinatra-like (and surprisingly tuneful) baritone, the ballad Morning Show is his account of a frazzled celebrity readying himself for a round of chat-show appearances. Elsewhere, New Atlantis is a love letter to his adopted home city of Miami, and Strung Out Johnny is a cautionary tale about the evils of heroin. ‘It’s wiser to say no,’ he says of a torrid addiction he mercifully kicked in the 1980s.

With its 11 new songs racing by in 37 minutes, this is a tightly focused return from one of rock’s most celebrated figures. A more sedate lifestyle certainly hasn’t blunted his artistic edge.

Another of music’s great survivors is enjoying a late-period renaissance. As a founding member of two exalted bands, The Byrds and Crosby, Stills & Nash, David Crosby was a pivotal presence in the hippy counter-culture that flourished in LA’s Laurel Canyon.

Now 81, and having recovered from heart surgery in 2014, he’s refusing to go gently. Not many musicians in their autumn years would start a new group with ‘three youngish weirdos’, but he retains a refreshingly can-do attitude, and he’s been writing elegant, melodic songs with The Lighthouse Band since 2016. 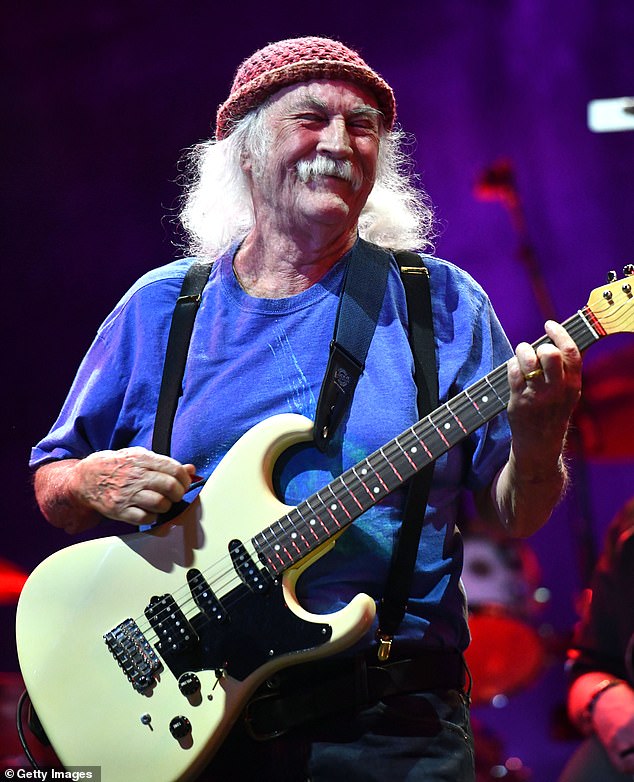 David Crosby, pictured, was a pivotal presence in the hippy counter-culture that flourished in LA’s Laurel Canyon

The first time Crosby met the latter, he said: ‘You’re really weird, we should make music together.’ How could she resist?

Their latest release, a live CD and DVD recorded in a theatre in the New York suburbs, is truly collaborative, with all four band members trading gentle harmonies and lead lines. The onus is on recent material, but a few Crosby classics are also given fresh life.

Among the standards to get an airing are 1969’s Guinnevere, dedicated to Crosby’s wife, Jan, and the following year’s Déjà Vu, extended to ten minutes with a period-faithful electric piano solo by Willis.

There’s even a sunny cover of Joni Mitchell’s Woodstock that reiterates Crosby’s desire to keep looking on the bright side.

There must be something in the Stockholm water that attracts Swedish women to singer-songwriters who broke through in the 1960s and 1970s. Four years ago, First Aid Kit made Who By Fire, a tribute to Leonard Cohen.

Now indie-pop vocalist Victoria Bergsman — aka Taken By Trees — has come up with Another Year, a mini-album of Colin Blunstone covers. 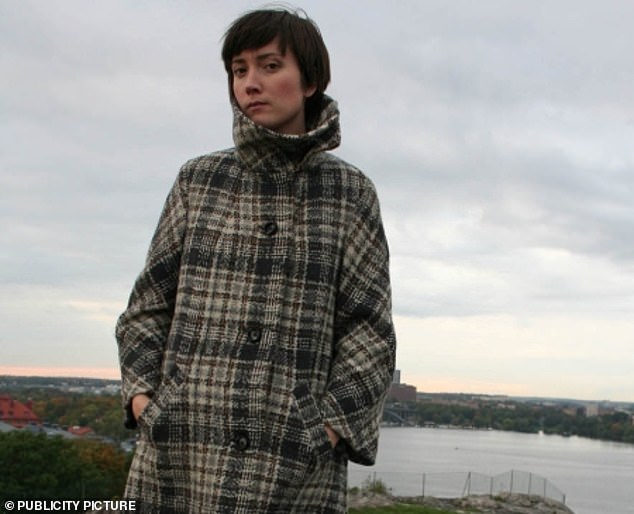 Now indie-pop vocalist Victoria Bergsman — aka Taken By Trees — has come up with Another Year, a mini-album of Colin Blunstone covers

Blunstone, lead singer of The Zombies, has been described by Neil Tennant as ‘the missing link between Dusty Springfield and Nick Drake’, and Bergsman adds a lush, honeyed touch to his 1972 solo hit Say You Don’t Mind.

With Blunstone, 77, and original bandmate Rod Argent working on a new Zombies album, it’s a timely reminder of his legacy.