Ademola Lookman ‘set for medical at Atalanta ahead of £12.5m move from RB Leipzig’ after the English winger spent the last two seasons on loan at Fulham and Leicester’

English winger Ademola Lookman is reportedly set to have a medical ahead of a £12.5m move to Atalanta.

The 24-year-old joined RB Leipzig in 2019 but has spent the last two seasons on loan at Premier League sides Fulham and Leicester City.

And Sky Sport Italia claim he is now set for a permanent move, arriving in Bergamo  for tests before a deal is completed.

Ademola Lookman is reportedly set to have a medical ahead of a £12.5m move to Atalanta

Lookman began his career at Charlton and was a key part of the England U20 team that won the World Cup in 2017.

He earned himself a big move to Everton but failed to make much of an impact before being loaned to Leipzig, who he went on to join.

The winger enjoyed a good season last term, contributing eight goals and five assists in 42 appearances for the Foxes. 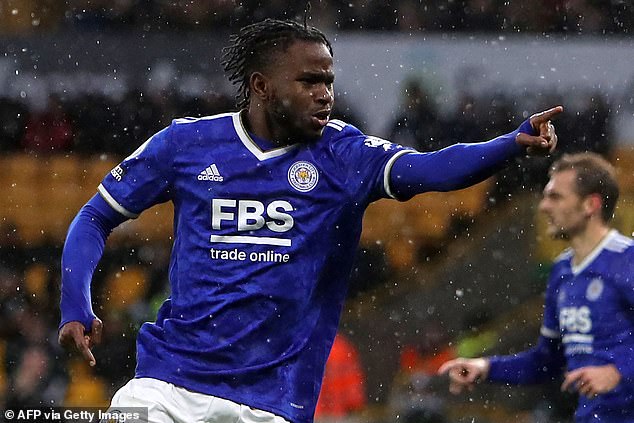