Adele couldn’t help but share her nerves with her 50.9 million Instagram followers on the eve of her rescheduled Las Vegas residency.

The 34-year-old singer–songwriter grinned ear-to-ear in a photo that appeared to show her rehearsing for Weekends with Adele in the seats of the Colosseum at Caesar’s Palace.

The cheerful photo telegraphed her excitement about finally getting to perform at angering fans by canceling the shows at the last minute, though she admitted that she had ‘never been more nervous.’

Like a kid on Christmas eve: Adele, 34, shared an Instagram snap as she rehsearsed for Friday’s opening Weekends with Adele show in Las Vegas as she delved into her nerves and excitement on Instagram

Adele appeared to be doing her tech rehearsal in a particularly casual outfit, though it wasn’t clear if it was part of the show.

She had on a black graphic sweatshirt that she paired with leggings that accentuated her trimmed-down figure, and she opted for black socks without shoes.

The songstress (born Adele Adkins) stood in a red-carpeted aisle that appeared to be in the middle of the venue’s floor section, with banks of seats surrounding her on all sides.

It appeared to be a run-though of her show, as she had massive family photos of children and a baby blown up on a screen behind her over the stage. 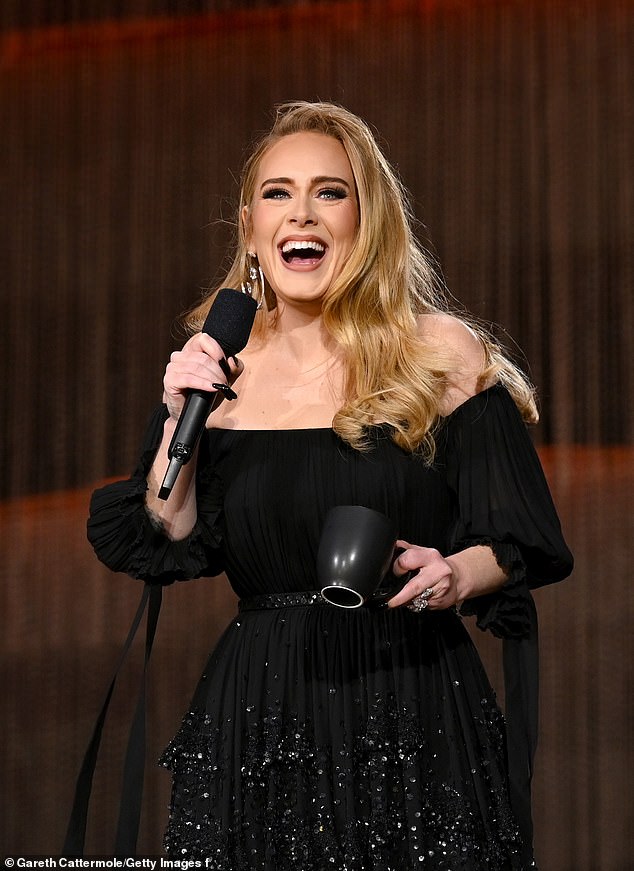 Mixed emotions: Adele admitted she was ‘highly emotional’ and ‘incredibly nervous,’ but also ‘so excited,’ adding ‘At the same time I wish today was tomorrow!’; seen in July in London

Bad timing: Adele’s tearful cancellation video arrived just 24 hours before the shows were original set to begin in January. She initially blamed it on Covid but later admitted she wasn’t satisfied with the stage show

‘I’m feeling all sorts as I write this,’ she began, admitting that she was feeling ‘highly emotional’ and ‘incredibly nervous,’ but also ‘so excited.’

‘I feel a million miles away from home, I can’t stop thinking about when I was little and saw Tom Jones in Mars Attacks and thought blimey how did he get from Wales to Las Vegas!?’ she continued, referencing Tim Burton’s cult science fiction comedy.

‘I always get scared before shows, and I take it as a good sign because it means I care and means I just want to do a good job. Maybe it’s because I didn’t start when I was supposed to,’ she continued, alluding to her tearful video announcing that the shows had been canceled just 24 hours before the first date.

‘Maybe it’s because it’s opening night, maybe it’s because Hyde Park went so great, maybe its because I love the show I don’t know,’ she added. ‘But it’s safe to say I’ve never been more nervous before a show in my career, but at the same time I wish today was tomorrow! I can’t wait to see you out there x.’ 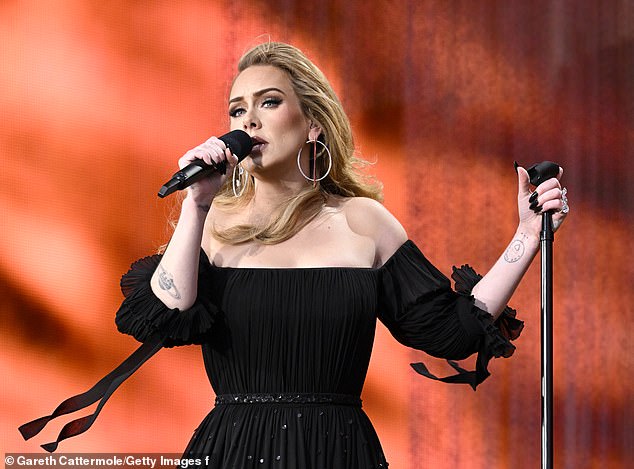 All wrong: ‘There was just no soul in it,’ she admitted to Elle in August. ‘The stage setup wasn’t right. It was very disconnected from me and my band, and it lacked intimacy. And maybe I tried too hard to give it those things in such a controlled environment’; seen in July in London

Adele’s initial cancellation led to pandemonium for fans who had already traveled to Vegas for the initial shows at the time of the last-minute announcement.

Making matters worse was the initial lack of new dates.

‘There was just no soul in it,’ she admitted to Elle in August. ‘The stage setup wasn’t right. It was very disconnected from me and my band, and it lacked intimacy. And maybe I tried too hard to give it those things in such a controlled environment.’

Although she was initially ’embarrassed’ after the failure, she eventually found a way to be ‘proud’ of herself for standing up for the best possible show.

‘The first couple of months was really, really hard,’ she said. ‘I was embarrassed. But it actually made my confidence in myself grow, because it was a very brave thing to do. And I don’t think many people would have done what I did. I’m very proud of myself for standing by my artistic needs.’

Adele’s debut with her residency comes just days after she received seven nominations for the 65th Annual Grammy Awards, putting her just behind Beyoncé (with nine nods, the most of any artist this year) and Kendrick Lamar (with eight), while she tied with Brandi Carlile. 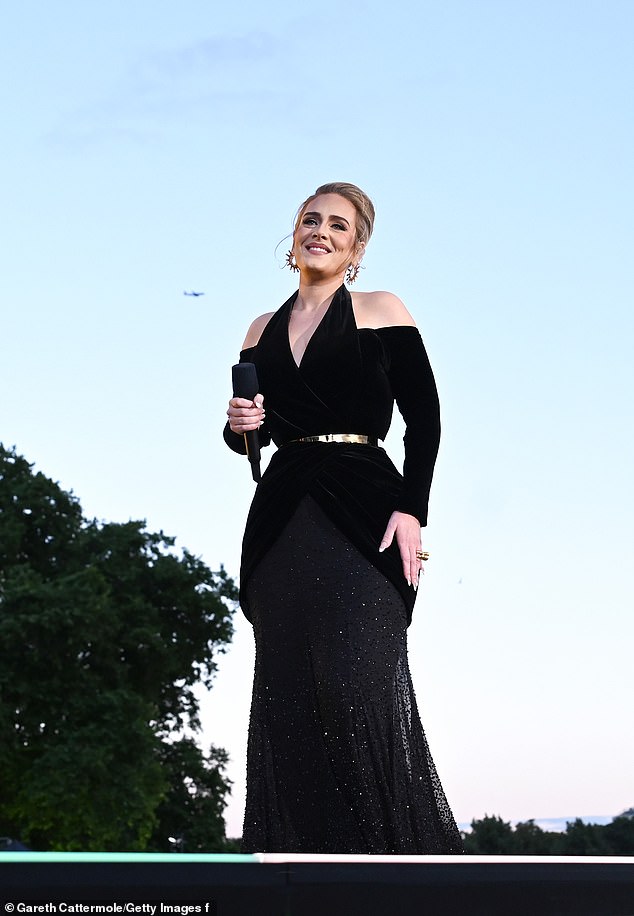