A mother who was found lying on the road with mysterious head injuries is expected to be taken off life support on Thursday.

Karen Johnson, 59, was found bleeding on Sampson Road in Elizabeth Grove, Adelaide ‘s north, at about 8pm on Wednesday

Karen Johnson, 59, was found bleeding on Sampson Road in Elizabeth Grove, in Adelaide’s north, at about 8pm on Wednesday.

She had suffered critical head injuries and was rushed to the Royal Adelaide Hospital.

Her heartbroken son Buzzby Barfoot, 26, said he’s been told his mother is likely to pass today.

Police say it’s unknown how the woman became injured and are investigating if she was hit by a car.

Mr Barfoot, who lives with his mum and a roommate, said he last saw his mother at about 6pm on Wednesday when she asked for some medication for a headache.

‘Unfortunately, the next time I heard anything was the neighbour knocking on my door saying your mother’s on the road,’ the 26-year-old told reporters.

‘I saw her on the road with ambulances all around her and she had significant damage to her head and there was just a lot of blood.’

He said he’d been told by doctors his mother was unlikely to make it through the day, saying it was ‘one of the worst things you can go through’.

‘I’m just trying to get in touch with her family and make sure everyone knows.’ 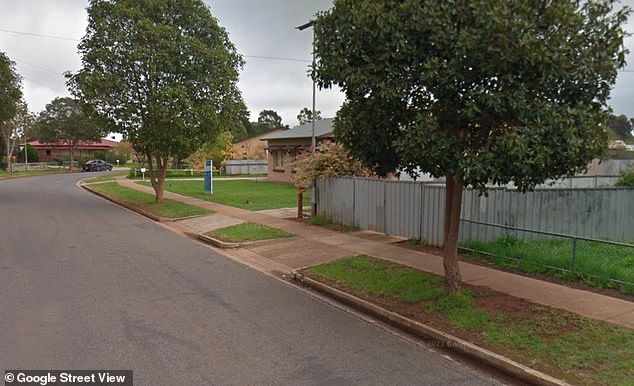 Police say they don’t know how the mother sustained her injuries but are looking into whether she was hit by a car (pictured is Sampson Road, Elizabeth Grove, Adelaide)

Senior Constable Matt Brown urged anyone in the area who saw anything suspicious around the time Ms Johnson was found to contact police.

Mr Barfoot said he couldn’t understand what had happened.

‘I feel sick, I could just throw up at any point … it’s such a massive load,’ he told The Advertiser.

‘I’m hoping the security footage can shed some extra light on the situation … she could’ve fallen backwards, she could’ve been hit by a car, she could’ve gotten into a fight for all I know – I didn’t hear anything,’

He said his mother didn’t have any enemies.