Emotional moment Adelaide Crows players break down in tears as they pay tribute to teammate Heather Anderson ahead of finals clash with Brisbane Lions after the premiership-winning defender, 28, took her own life

Adelaide stars broke down in tears as the Crows and Brisbane Lions paid a heartfelt tribute to Heather Anderson following the death of the AFLW premiership winner.

On Monday, the club confirmed the 28-year-old passed away and expressed condolences to her family and friends.

Affectionately known as ‘Heads’, the former Adelaide Crow and Bulldogs representative was one of the fittest female players to ever play the game, and an immensely popular teammate, opponent and friend.

Her father confirmed this week that the long-time Army medic took her own life.

Though Anderson played just one AFLW season – albeit a hugely successful one – due to a horrific run of injuries, the Crows premiership defender touched the lives of everyone she came in contact with during an inspiring footy career.

And before Friday night’s preliminary final against Brisbane Lions, the Crows and their opponents came together to pay tribute to the 28-year-old at Metricon Stadium. 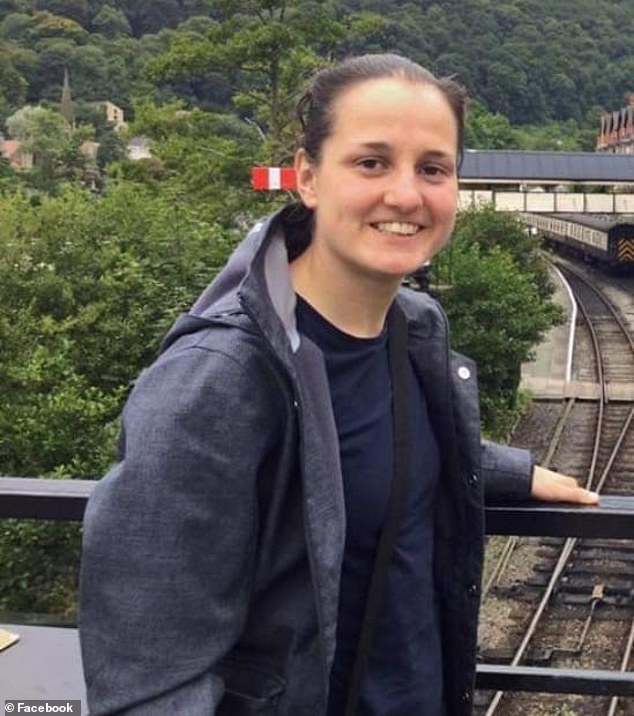 Army medic Anderson passed away this week after taking her own life, her father confirmed 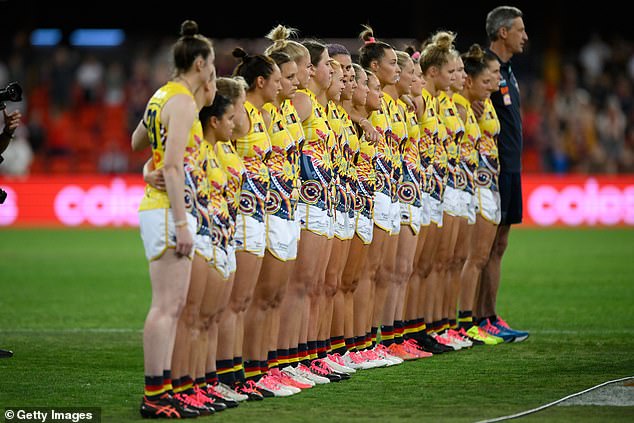 The Crows players and Lions stars stood facing each other, arm-in-arm during a minute’s silence on the Gold Coast. A number of Adelaide players were visibly emotional as a picture of a smiling Anderson was displayed on the big screen.

Anderson’s death has seen an outpouring of tributes across Australia for the popular former defender, and her father, Brian, said he was ‘in awe’.

‘The response to the news of Heather taking her own life have shown us that she had friends, teammates, and fellow soldiers all across the country,’ he told the Adelaide Advertiser.

‘(The) Army gave her the space to pursue AFLW and a career in equal measure. Army gave her the best medical and rehabilitation support we could imagine after the second shoulder dislocation in the inaugural AFLW grand final. 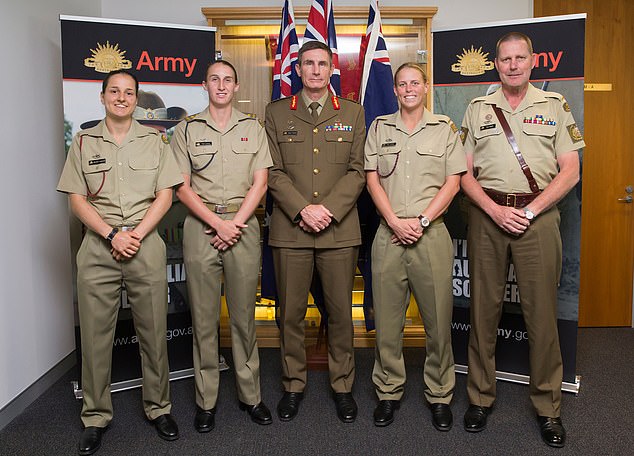 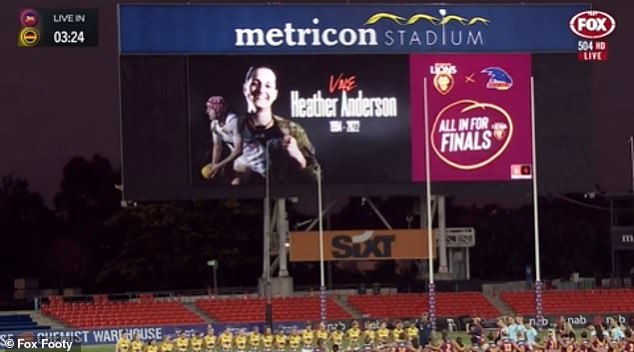 ‘With that support Heather was able to recover and then gain an elite level of fitness so as to then work supporting some of the elite units in the Army, and gain qualifications we could only dream of.

‘And yet she found time to complete her degree in Paramedicine and undertake a degree in Psychology. We treasure the memories of her and her achievements, and are in awe of the outpouring of support from across Australia.’