Home and Away star Ada Nicodemou turned heads as she showed off her ample cleavage in an emerald green Velani gown as she arrived for the 2022 Logie Awards.

The 45-year-old looked sensational as she walked the red carpet alongside her partner Adam Rigby.

She boosted her height with green Aquazzura heels.

Home and Away’s Ada Nicodemou (pictured), 45, showed off some leg in a vibrant green dress with a daring thigh-high split at the Logies on Sunday

Ada, who has been nominated this year for the Silver Logie for Most Popular Actress, wore her long brunette tresses tied up in a bun. 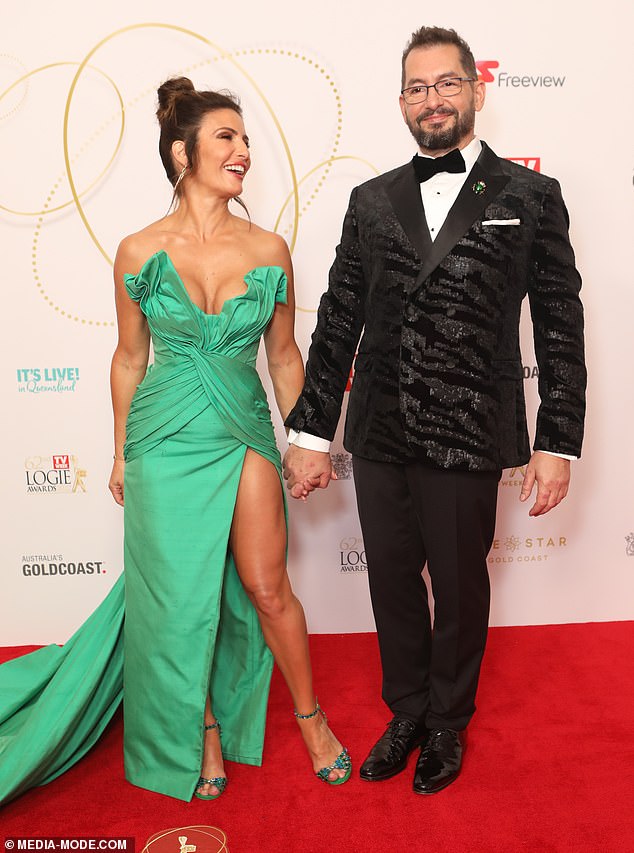 The Home and Away star and six-time Logie nominee told The Daily Telegraph’s Body+Soul this weekend that she loves ‘every moment’ of the awards show.

Ada said she realises that the average person doesn’t always get to ‘dress up like this’.

‘I love every moment of the Logies and I always have. I’m just one of those girls who loves the excitement of picking my frock and talking about my hair and make-up and every step along the way,’ she gushed. 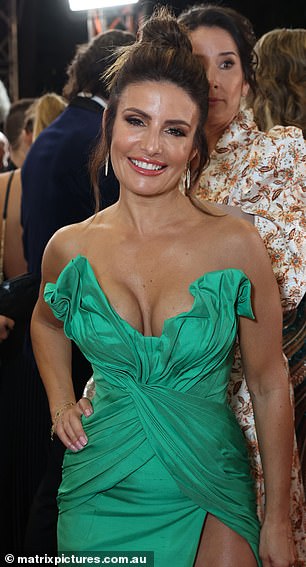 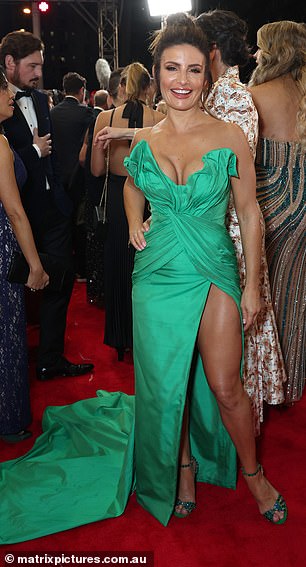 ‘Like, how often does the average person get to get dressed up like this? The fact that I get to do it once a year, I just get so excited about it.’

Ada is known for her ageless good looks and previously revealed that she does use Botox occasionally.

However, she denied altering her naturally gorgeous features with dermal filler. 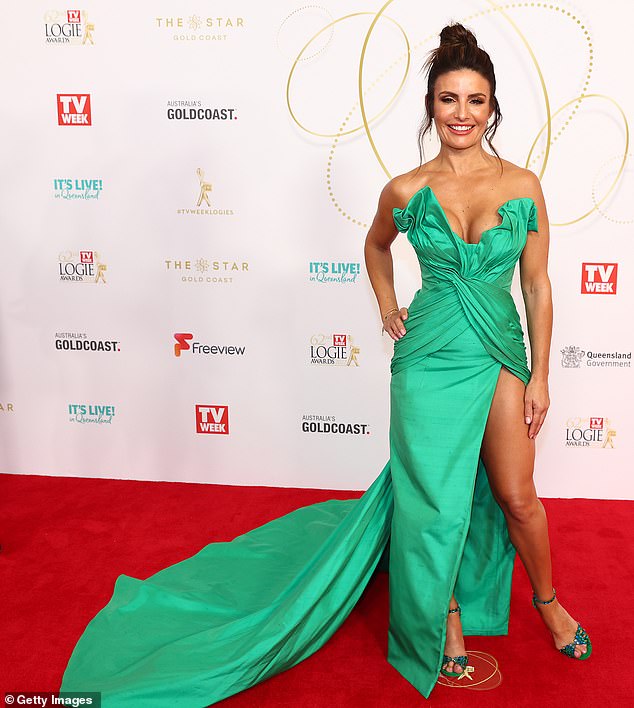