A father who was attacked with acid along with his ten-year old daughter and wife has insisted that they were the victims of mistaken identity.

Emergency crews rushed to the flats in Beaufort Park in Colindale, where homes are sold for as much as £900,000, after the family were doused with acid at around 7.20pm on Monday.

Officers found the child, a 36-year-old woman and a 43-year-old man injured after a corrosive substance was reportedly thrown at them.

The victims were taken to hospital with non-life threatening injuries and have since been discharged. No arrests have been made and an investigation into the circumstances is ongoing, Scotland Yard said.

‘I don’t know what any of this is about. I saw the person who did this and didn’t recognise him. I think we’ve all been the victims of mistaken identity. This attack has nothing to do with us because we are not that sort of family.’ 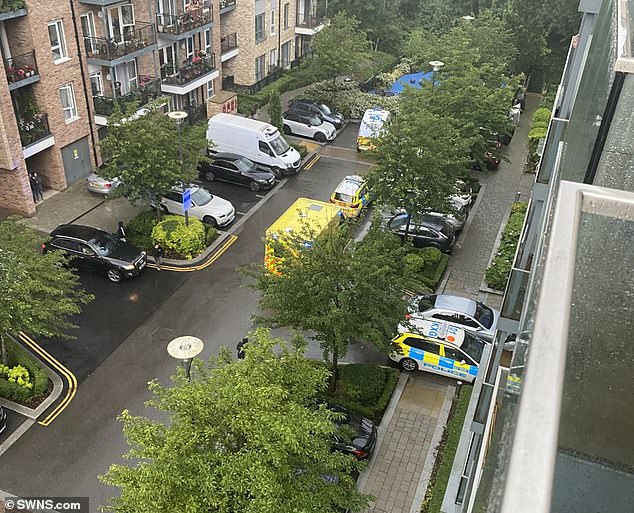 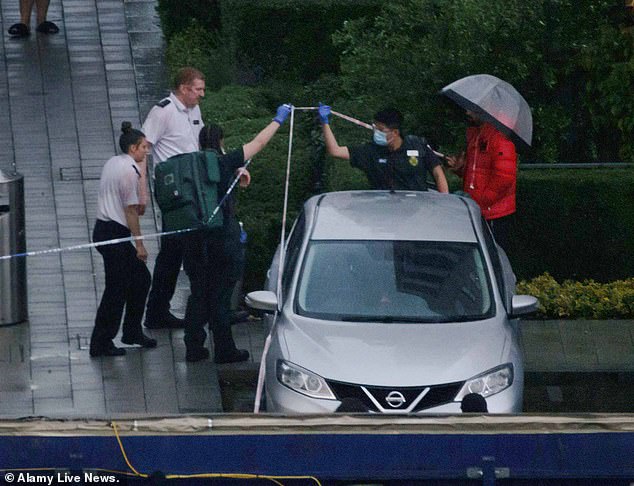 His wife, 36, who was visibly distraught, added: ‘We honestly don’t understand why this has happened to us. Now is not a good time for us to speak about it because we are very upset.’

The family have temporarily moved out of their ground floor flat which is located on the Beaufort Park estate. Burn marks were still visible outside their front door as police patrolled the area outside.

They were treated overnight in hospital with acid burns. The couple have one other daughter aged 8 who was not injured in the incident.

The father, who sustained acid burns to his leg, added: ‘My daughter has suffered the worst injuries but she’s doing OK.’

Neighbours revealed how police rushed to the scene moments after the attack and sealed off the new build block preventing them from returning until Tuesday morning.

Charlotte who lives above the family who were attacked said: ‘They are really decent people, and my daughter is good friends with their two girls. We are all trying to figure out what this is all about.

‘I’ve been worried sick about them but I’m relieved that they are out of hospital because things could have been a lot worse.’

Shocked neighbours living in or near the apartment block Erwin House where the attack took place, said they believe three people were attacked after a ‘stranger’ knocked on their door and threw the substance.

Footage has been shared on social media of police officers pouring bottles of water over their colleagues in the street in an apparent attempt to wash of the corrosive substance.

The hallway of the building is thick with a chemical smell, while the floor outside two ground floor flats – one of which is claimed to be the target of the attack – appeared so have been damaged by burns.

A large black mark can be seen on the floor while streaks of a liquid remain on the doorframe of one of the flats.

This morning, the floor outside two of the flats appeared to still have burn marks left by the corrosive liquid.

One nearby resident, Salwa Amrane, 30, described the aftermath of the attack as the emergency services rushed to the block.

Emergency services are no longer at the scene today, but a paper sign has been attacked to the door of Erwin House which reads: ‘Caution, wet floor acid spillage. Please deep clean.’

Many took to social media to discuss the shocking incident. One resident said: ‘All I saw was a child being rushed out.’

Another added: ‘I saw a little girl come out in PJs, no shoes, with a lady. Both were taken in an ambulance. I’m sure it was an acid attack as police were running in with water bottles.’ 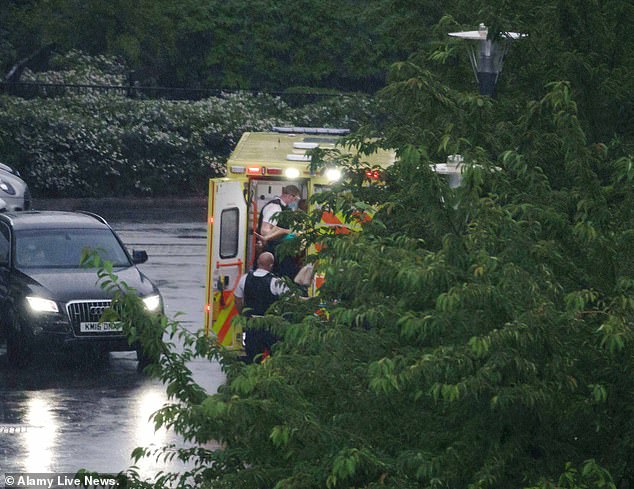 Officers found the child, a 36-year-old woman and a 43-year-old man injured after a corrosive substance was reportedly thrown at them 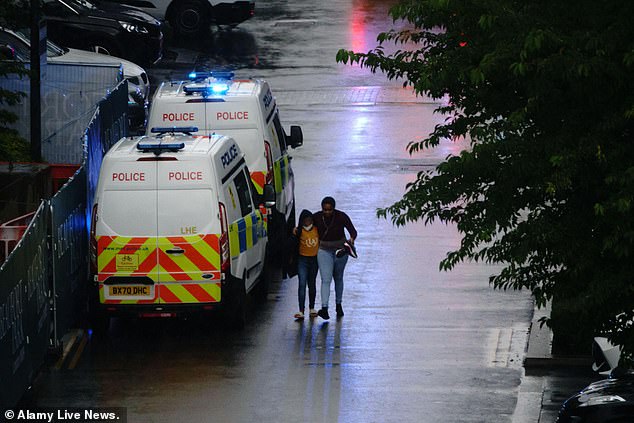 Emergency crews rushed to the flats in Beaufort Park in Colindale following reports of a ‘corrosive substance’ being thrown on the child at around 7.20pm 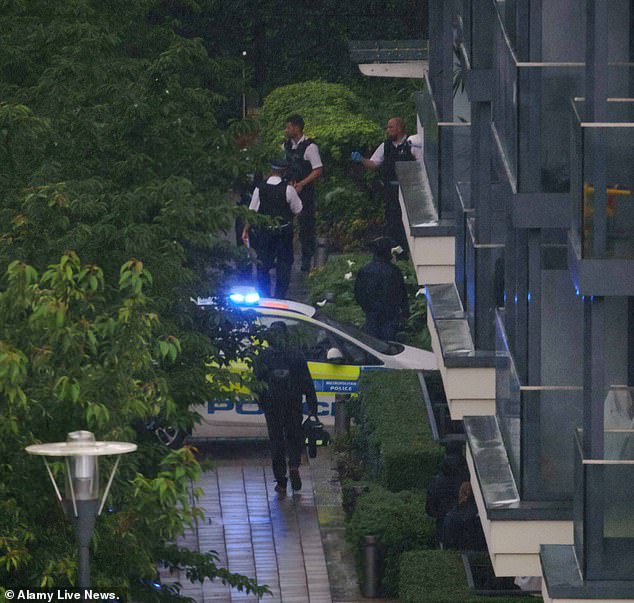 No arrests have been made yet, with officers still investigating, the Met Police said. They added some officers were treated at the scene after entering the address

Someone else added: ‘Apparently a stranger knocked on their door, they opened and were attacked.’

Photos show a large black mark burned into the floor outside the flat with streaks of liquid still visible on the door frame.

Detective Sergeant Ewa Czura said: ‘It is vital that we identify the suspect responsible for this attack and we need the public’s help.

‘If you were in the area and witnessed the incident or have any information that could assist, I urge you to come forward and speak to police.

‘The information you have might be essential to our investigation and help to bring justice to the victims and their family.’

A spokesman for the Met added: ‘An investigation is underway following an incident in Colindale where a corrosive substance was thrown.

‘No arrests; enquiries into the circumstances are ongoing.