Accrington Stanley’s managing director has revealed how the League One club came away with a paltry £2.99 profit from an FA Cup tie this season.

In a stark illustration of the reality of lower league life, David Burgess tweeted a breakdown of money made and money paid out for Stanley’s second-round tie against Barnet in November.

It showed that 1,532 paying spectators passed through the turnstiles of Accrington’s Wham Stadium that afternoon for the visit of the National League side, bringing receipts of £11,016.

Accrington Stanley’s managing director has revealed they made a profit of just £2.99 from an FA Cup second round tie against Barnet back in November 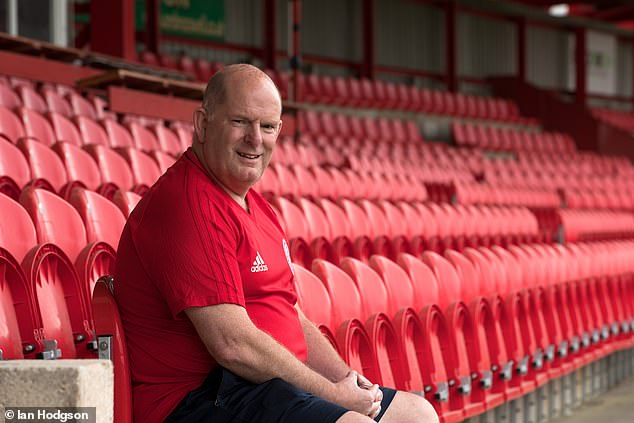 The second page showed the payments Stanley had to take out from that amount. Gatemen and stewards were paid £4,154.37, there was £75 for use of floodlights and £400 to ensure medical provision.

Under the rules and regulations of the FA Cup, away teams are entitled to claim expenses from the host club for both travel and hotel accommodation.

Barnet did so, with £2,300 allocated for their travelling expenses and £2,836.30 for hotel rooms for their players and staff. 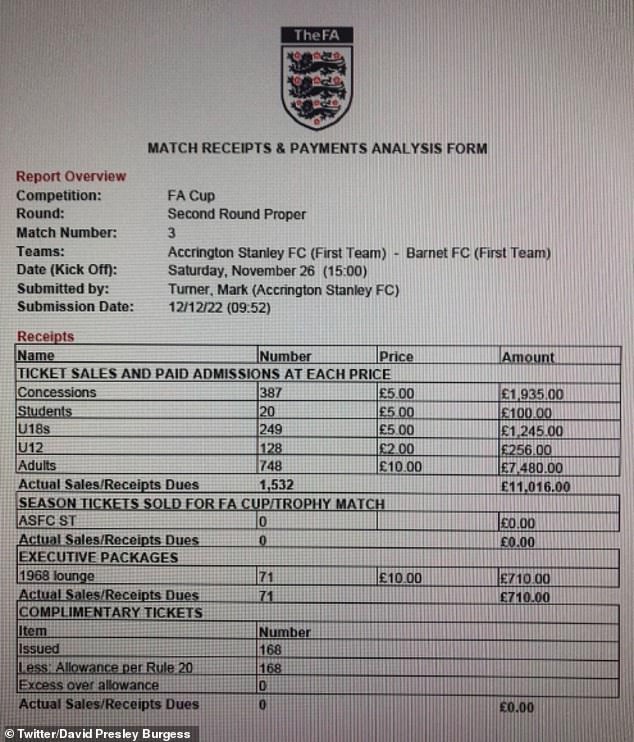 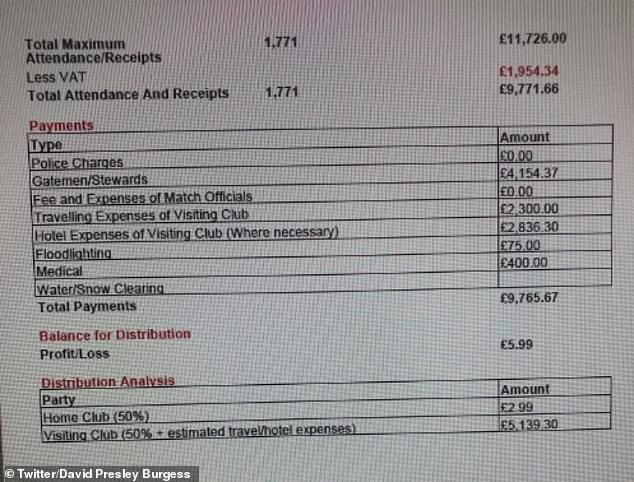 But the second page showed how travel and hotel expenses for Barnet, plus other costs, decimated all income. Plus, the £5.99 left over had to be shared with Barnet

That left a ‘balance for distribution’ amounting to a mere £5.99.

The rules state that prior to the third round of the FA Cup, net gate receipts are divided equally between the two clubs.

So that meant Barnet were entitled to half of that £5.99 – not to mention the £5,139.30 already accounted for in expenses – leaving Accrington with a final profit of just £2.99.

Burgess tweeted: ‘For clarity – the FA Cup R2 gate receipts… @ASFCofficial came away with a grand total of £2.99 after all expenses – ticket prices £10 or less & no police charges…’

Speaking to Sportsmail, Burgess said: ‘I travel to our away games on the coach with the players and when you’re on there for four-and-a-half hours, it is tiring.

‘I’m not normally one for sticking up for the players but I understand why Barnet wanted to come and stay overnight to give themselves the best chance of winning.’ 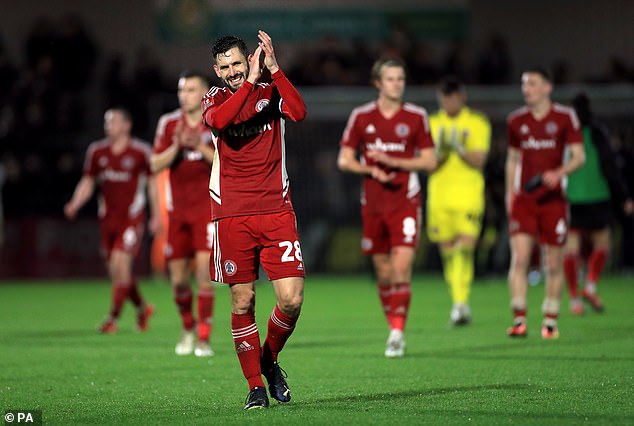 Fortunately, thanks to Ethan Hamilton’s 84th-minute winner in the match, they received £67,000 in prize money.

Burgess said: ‘Yes, but if we’d have got beat, it would have been the same expenditure.’

It is only in the qualifying rounds of the FA Cup where non-league teams are entitled to a prize money payment if they lose a tie.

From the first round onwards, there is no payment for a side that loses. So, if a team from League One or League Two went out in the first round, they’d get no prize money from that season’s FA Cup.

Accrington’s reward for beating Barnet was an away tie at another National League club, Boreham Wood, in the third round which ended in a 1-1 draw.

The replay at the Wham Stadium was scheduled for Tuesday night but has been postponed because of an unplayable pitch. The game will now be played on January 24.

Accrington will face a similar situation when they play Bolton Wanderers in the semi-final of the Papa John’s Trophy on February 22.

Burgess said supporters will expect £10 tickets but with Bolton expected to bring 2,500 fans for what is a local derby, a £7,000 policing bill will have to be factored into any profits and that is after Bolton and the EFL take their cut.

Stanley are 19th in League One, a point above the relegation zone, and have the second-lowest average attendance at 3,276, with only Forest Green’s 3,042 lower this season.