Accountancy giant EY is under fire from multiple fronts after it emerged a whistleblower raised the alarm about possible fraud at Wirecard four years ago.

Politicians and angry investors lined up to condemn the Big Four accountants, which were said to be facing their own ‘Arthur Anderson moment’.

EY was dragged further into the Wirecard scandal this week when the Financial Times published claims that a whistleblower flagged signs of potential fraud in 2016.

The accountancy firm audited Wirecard’s books for more than a decade until the German payment company went bust this year after admitting that £1.7billion had vanished.

Green MP Danyal Bayaz said EY will be under the spotlight when Bundestag members drill down into the Wirecard affair next week.

And Fabio De Masi MP, who represents the leftwing Die Linke party, said: ‘In a worst-case scenario, EY could face its Arthur Andersen moment,’ a nod to the auditors of Enron which famously collapsed after the energy giant emerged to be a fraud.

Claims that the whistleblower highlighted fraud but this was supposedly not acted upon was branded ‘just unbelievable’ by a Wirecard investor, who told the FT if true it paves the way for them to sue EY for massive losses.

The allegations, which also included a bribery attempt of an EY employee in India, reportedly surfaced in a special audit into Wirecard by rival accountancy firm KPMG, which has been seen by the FT. 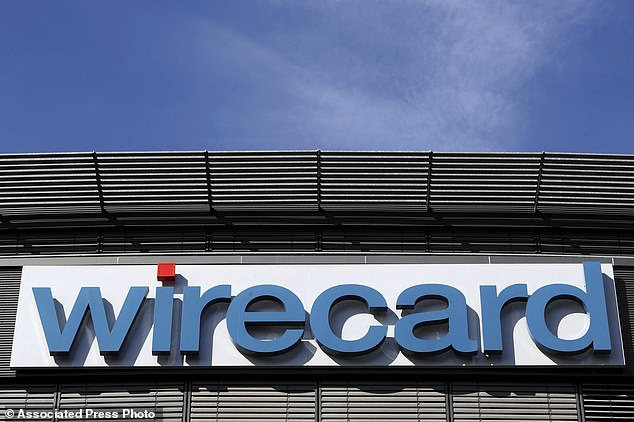 The accountancy firm audited Wirecard’s books for more than a decade until the German payment company went bust this year after admitting that £1.7billion had vanished

Heribert Hirte, an MP for Angela Merkel’s CDU, said: ‘The new claims are likely to make it much harder for EY to prove that its annual audits were conducted properly and that the audit opinions were in line with the law.’

EY has acknowledged that issues relating to potential fraud and bribery concerns were flagged by an employee.

But it insists that the claims were thoroughly investigated by the accountancy firm as well as forensic teams.

In January 2019, Wirecard was hit by allegations in the FT that its Singapore office made fake book-keeping entries to ‘pad’ its revenues.

EY investigated those claims and gave Wirecard management a clean bill of health.

Further allegations – including that the finance team sought to inflate sales and profits at its units in Ireland and Dubai – led Wirecard to hire KPMG last autumn to conduct an outside audit.