The wife of an ABC News producer who was arrested on child endangerment charges just hours after he died of a heart attack two days before Christmas, said she was monitoring her young children as she accompanied her dying husband to the hospital.

The children had been left alone in the hotel room prior to her husband’s collapse.

The Tejeras were on the street about a block away from the Yale Club when Dax collapsed and was rushed to the hospital. The children were alone in their hotel room at the time.

Veronica Tejera was arrested by NYPD officers and charged with two counts of ‘acting in a manner injurious to a child’ after police were called to the Yale Club hotel.

Tejera said in a statement that after her 37-year-old husband, Dax Tejera, collapsed on December 23, she ‘accompanied him in an ambulance to the hospital.’

It is unclear why the children were left alone and for how long.

In her statement, Veronica apologized for leaving her daughters unattended: ”We had two cameras trained on my children as they slept, and I monitored them closely in the time I was away from them. While the girls were unharmed, I realize that it was a poor decision.’

‘I asked both a close friend and my parents to rush to my children’s hotel room to attend to them as I monitored them by camera. The hotel would not allow my friend in and instead called the NYPD,’ she said.

‘Our family has suffered a terrible tragedy. I respectfully ask for privacy while my children and I mourn Dax’s death.’

Dax Tejera with his children and wife Veronica, who was arrested on child endangerment charges just hours after his death on December 23 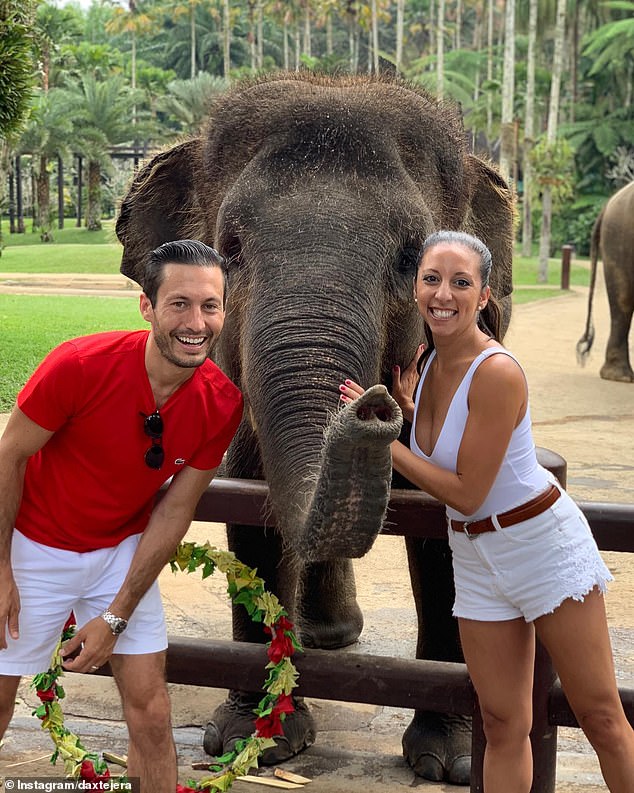 She added that she and her young family ‘are devastated by Dax’s sudden passing.

‘He has left behind a heartbroken family, and two daughters he loved with all his heart.’

Veronica is currently mourning with her late-husband’s family.

Police received a 911 call at 11pm over ‘unattended children’ at 50 Vanderbilt Avenue in Manhattan, home of the members-only Yale Club hotel.

They discovered ‘a two-year-old female and a five-month-old female were left alone inside of a hotel room for an extended period of time’. Police did not identify the children but their ages are the same as the Tejeras’ daughters.

Veronica Tejera was given a desk ticket which will require her to appear in court at a future date, police said.

Police have not disclosed details of the arrangements under which Tejera or her children were staying, but it is understood that the family were celebrating the holidays in New York and had plans to visit friends and go to Rockefeller Center.

The Yale Club is an exclusive club for alumni of Yale University. It includes guest rooms that range from budget studios to luxury 556 sq ft suites.

The Yale Club has luxury rooms for weddings and private events, along with fitness facilities and a library.

Dax Tejera died suddenly after suffering a heart attack. The 37-year-old worked with George Stephanopoulos and Martha Raddatz, recently traveling to London to contribute to the network’s coverage of the death of Queen Elizabeth II. 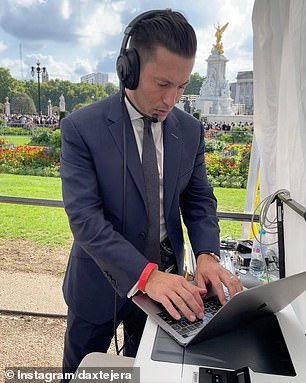 Tejera had worked at ABC since 2017, when he started as a Senior Producer at the network’s Washington DC bureau

In a memo to staff on Christmas Eve, ABC News President Kim Godwin said: ‘It’s with a heavy heart and great sadness that we share that our friend and colleague, Dax Tejera passed away suddenly of a heart attack last night.

‘As EP of “This Week with George Stephanopoulos” Dax’s energy, passion and love for that show, ABC News, and you, shined every Sunday morning. That same love was extended to his precious girls.

‘Our thoughts are with his wife, Veronica, the couple’s two young daughters, and the entire Tejera family.’

Tributes were also paid by colleagues on social media.

Good Morning America correspondent Gio Benitez said in one touching Instagram post: ‘As you celebrate Christmas Eve with your families, please hold Dax Tejera’s family in your thoughts and prayers.

‘He was the Executive Producer of This Week ABC, a friend to all of us, and — most importantly — a loving husband to Veronica and devoted father to two beautiful little girls, Sofia and Ella.

‘Dax was a champion for so many at ABC News, leading the way on groundbreaking television specials.’ 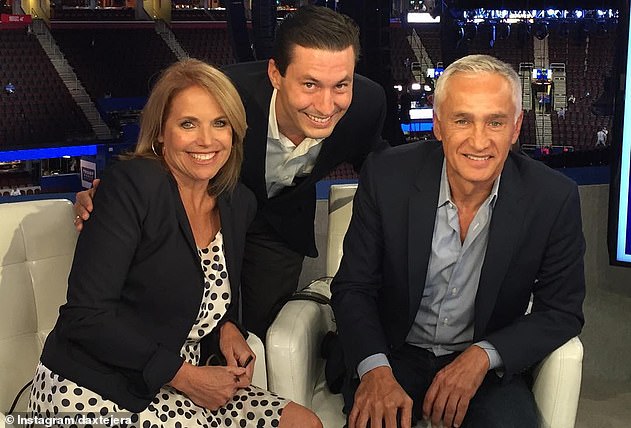 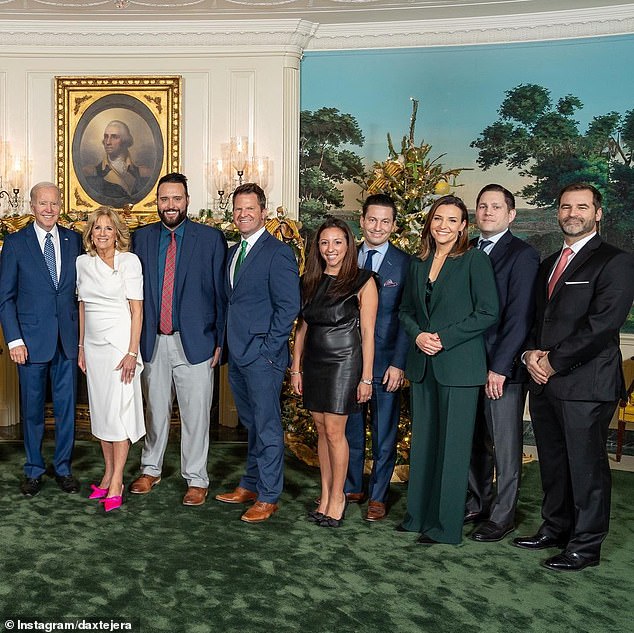 Benitez posted a photo of the pair at The White House, explaining that it had been taken after interviewing Press Secretary Karine Jean-Pierre ‘for a first-of-its-kind broadcast network Pride special’.

‘We often connected on being exactly the same age: 37. Far too young to now be gone. We will miss you deeply, Dax. Godspeed, my friend,’ Benitez wrote.

Cecilia Vega posted her own tribute, writing alongside a photo of Tejera: ‘Your smile. Your laugh. Your dedication. Your profound love of Veronica and your beautiful daughters. Your pride in your work. The way you looked out for the next generation and fought to pave the way for Latinos coming up.

‘The way you broke barriers yourself. The way you always cheered me on and believed in me. Your dapper Miami style and the fact that even on the coldest of cold days you never wore socks. Dax Tejera, you are gone too soon.

‘We will miss everything about you. Your familia were so lucky to have you. Your legacy lives on in all those you championed and cheered.’

Tejera had worked at ABC since 2017, when he started as a Senior Producer at the network’s Washington DC bureau.

He previously worked at NBC and held degrees from both Dartmouth and Columbia.