Abbie Chatfield has confirmed she split with Konrad Bień-Stephen months ago after weeks of swirling speculation.

The TV and radio host, 27, took to Instagram on Saturday night to reveal their break-up had nothing to do with their open relationship status.

Admitting she felt ‘anxious’ about releasing a statement, Abbie said that she probably won’t share her relationship publicly again.

‘This is going to seem really out of the blue and really strange timing,’ Abbie began.

‘I guess I wanted to confirm that yeah, Konrad and I have broken up. We’ve been broken up for a couple of months now.

‘No one did anything bad or awful, there’s no drama to it,’ she continued. 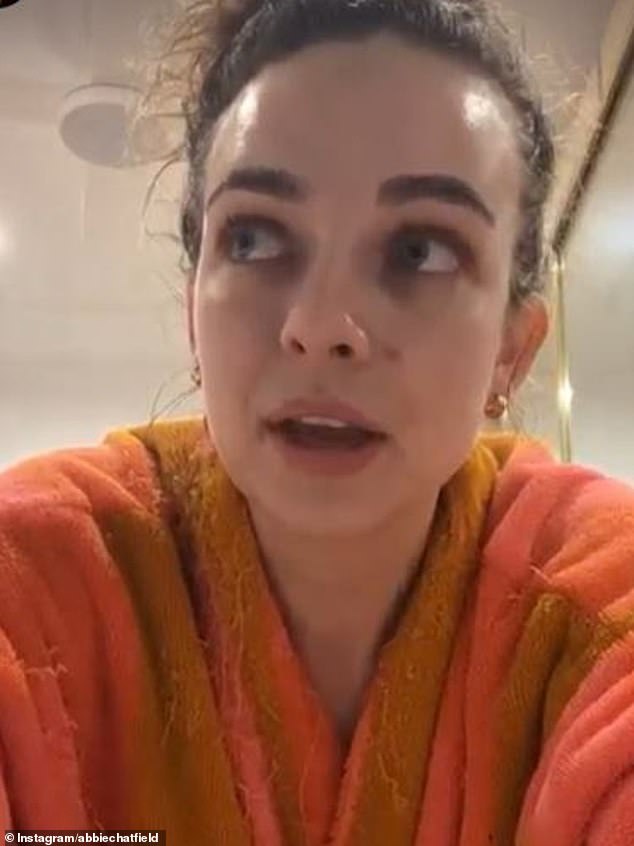 The TV and radio host, 27, took to Instagram on Saturday night to reveal their break-up had nothing to do with their open relationship status

‘It was not because we were in an open relationship. Nothing bad happened.

‘I wasn’t being deceitful by not telling people, there was a reason why there was a delay in telling you all,’ she said of her silence up until now.

Abbie denied rumours their break-up was ‘messy’, adding: ‘I don’t really owe any of you an explanation. 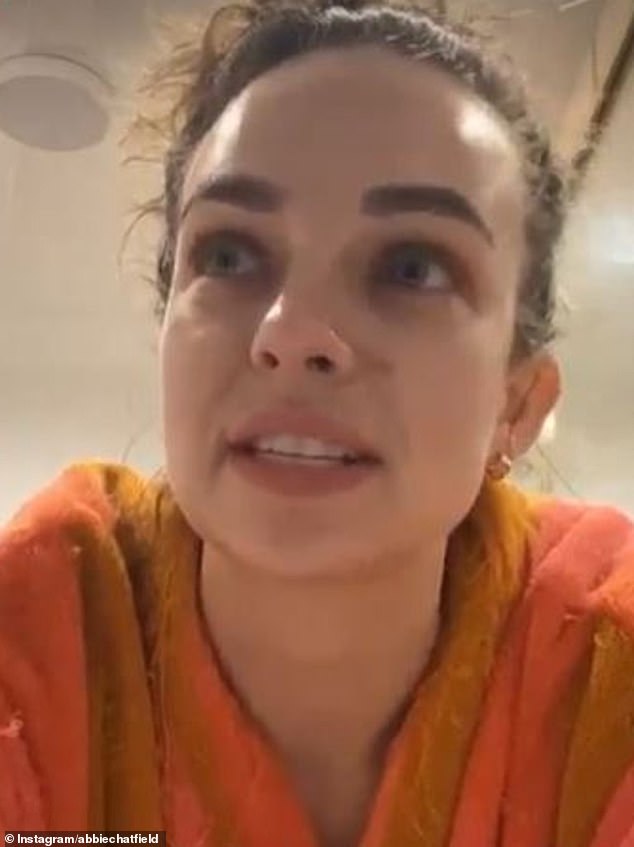 ‘I wasn’t being deceitful by not telling people, there was a reason why there was a delay in telling you all,’ she said of her silence up until now

‘I probably won’t ever share my relationship publicly again to be honest because this whole situation and the way the media have f**king reported on it … like it’s a game, like my relationship is a game … it’s quite f**ked,’ a frustrated Abbie, added of the saga.

It comes after Daily Mail Australia broke the story that Konrad and his co-star Megan Marx had struck up a romance soon after arriving in Buenos Aires earlier last month. 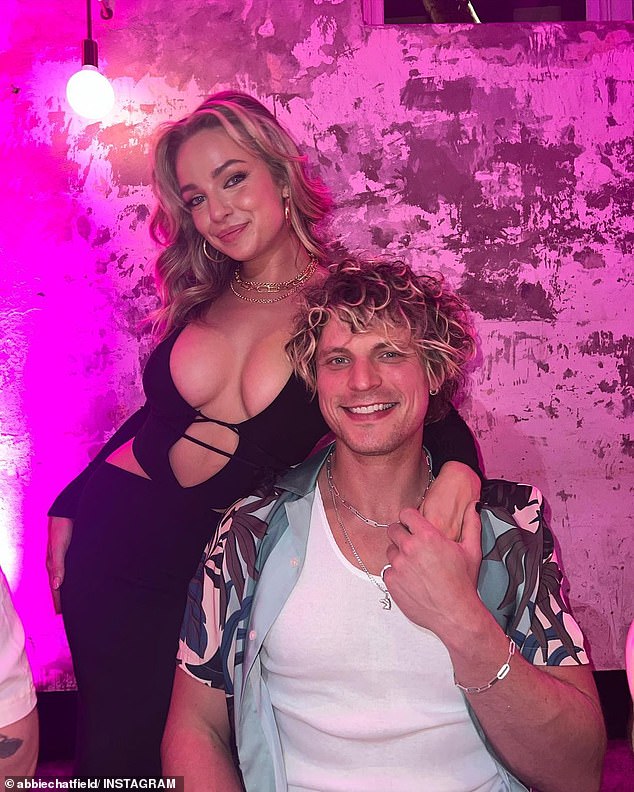 Abbie’s relationship with Konrad, 32, was over weeks before he flew to Argentina to film reality TV show The Challenge, Daily Mail Australia revealed last month

Two separate sources confirmed the pair’s tryst last month, with one revealing: ‘Oh, my gosh! The drama is insane. Konrad is sleeping with Megan [Marx].

‘Konrad said he was single and his relationship with Abbie was over because she broke up with him.’

Abbie denied the pair split in an Instagram post last month, about two hours after the story broke. 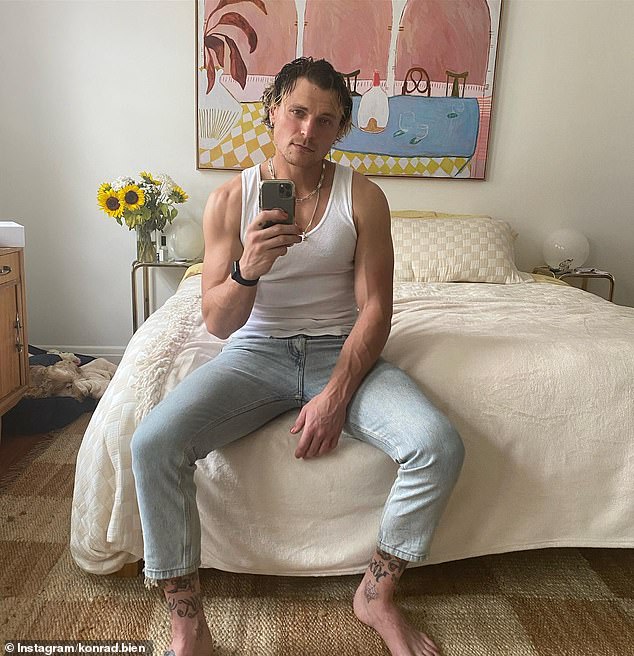 According to the on-set spy, Konrad (pictured) has been telling his co-stars he and Abbie ‘have been done for a while’ after their non-monogamous romance fizzled out

The radio host said she and Konrad, 32, were ‘totally okay’ but she wouldn’t be commenting on the break-up until her ex gets back from Argentina.

‘Hey! I’ve seen the articles about Konrad. He’s out of the country so I won’t be commenting on anything until he’s home.

‘Can everyone not be so dramatic please and relax? And can the paparazzi get their daily pic of me picking up dog poo then let me get a coffee in peace also.’ 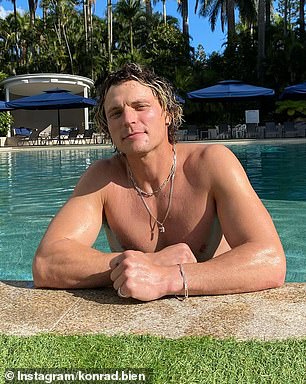 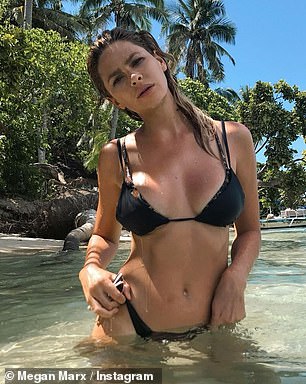 Daily Mail Australia also revealed that Konrad, 32, and his co-star Megan Marx (right) had struck up a romance shortly after arriving in Buenos Aires while filming The Challenge 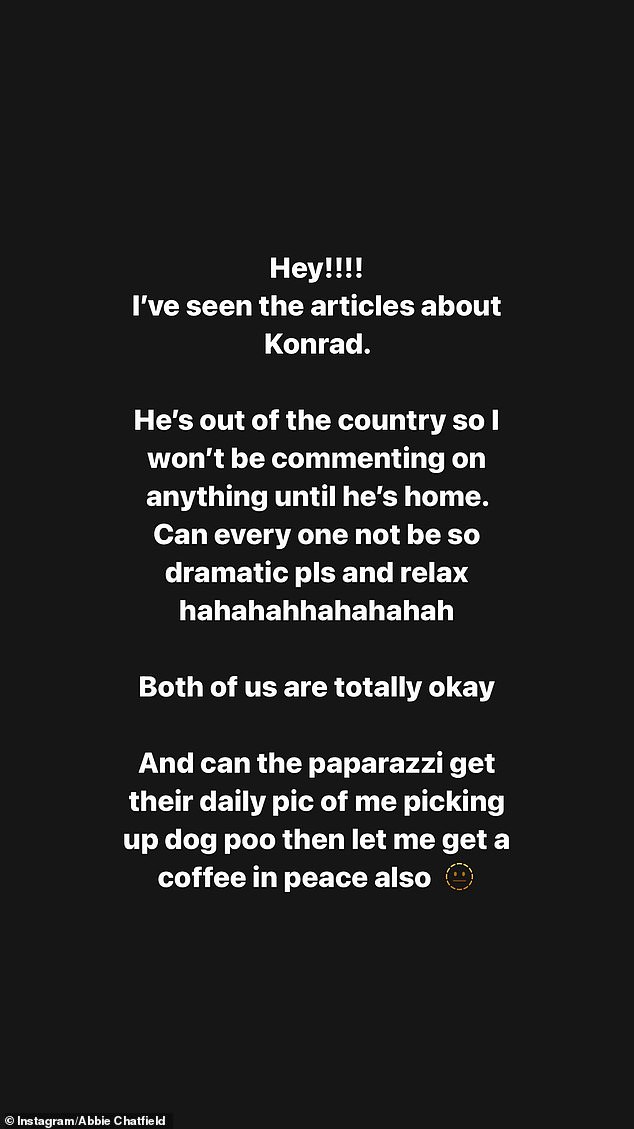 Abbie acknowledged the split on Instagram last month, saying she and Konrad were ‘totally okay’ and she wouldn’t be commenting until he gets back home from Argentina

Meanwhile, the source claimed Konrad and Megan couldn’t keep their hands off each other once the cameras started rolling.

‘On the first night of filming he hooked up with Megan. I didn’t know what was happening,’ they said.

Before their break-up, Abbie revealed she and Konrad would only see each other a few times a week, and that her ‘kink’ was letting him sleep with other women.

‘I’ve never been upset or threatened by someone [I’m in a relationship with] sleeping with someone else. It’s my kink,’ the Masked Singer judge told Stellar magazine.

‘I just never really valued monogamy that much. It sounds awful, but I don’t really see him all that much, maybe two days a week. 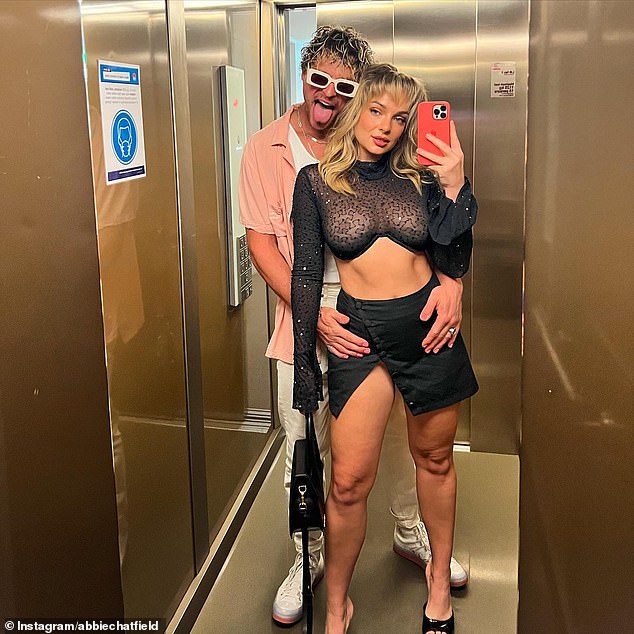 Before their break-up, Abbie revealed she and Konrad would only see each other a few times a week, and that her ‘kink’ was letting him sleep with other women