Two ABBA stars worth a combined £413million used furlough cash to pay staff of Mamma Mia! the musical and other shows, according to reports.

Björn Ulvaeus, 75, and Benny Andersson, 74, are co-founders of production firm Littlestar Services – the company behind the stage musical version of Mamma Mia!.

Superstar pair Björn and Benny, who set up the company in 1996, have personal fortunes of £233million and £180million respectively.

But their London-based firm, which boasts on its website about being a ‘successful global producer of theatre, film, television, publishing and music’, received £100,000 of tax-payer’s cash, according to the Sun.

Björn Ulvaeus, 75, and Benny Andersson, 74, (pictured together in 2019) are co-founders of production firm Littlestar Services – the company behind the stage musical version of Mamma Mia! 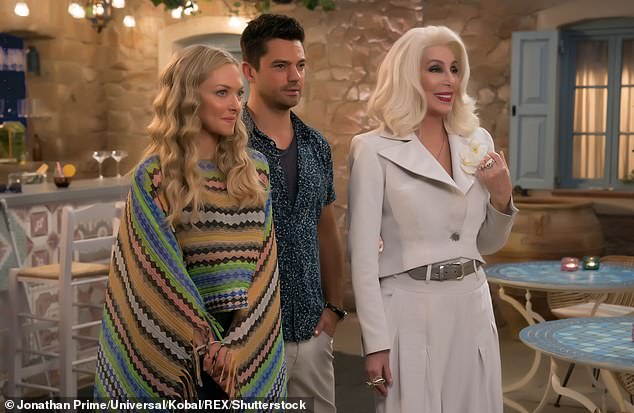 Mamma Mia! the musical was premiered in 1999 and was later adapted into a film starring actress Amanda Seyfried (pictured with co-stars Dominic Cooper and Cher)

The furlough payment comes after the company paid out £1.3million in dividends to shareholders in the year to the end of March last year.

The company also made sales of £17.6million over the same period.

But, like other theatre shows across the UK, it was impacted by the Covid pandemic in March last year and was forced to stop staging productions due to lockdown rules.

In the HMRC report the company said it was ‘taking advantage of available government support’ during the pandemic, according to the Sun.

MailOnline contacted Littlestar and representatives for Bjorn and Benny for comment last night.

A spokesperson for the firm told the Sun that the group had ‘not furloughed any of its company employees’ but that employees of its theatrical productions had instead been furlough to ‘keep them employed as long as possible’.

Theatres were forced to close after the outbreak of Covid in March last year.

They were allowed to reopen again when restrictions were eased in June, albeit with strict social distancing measures in place. 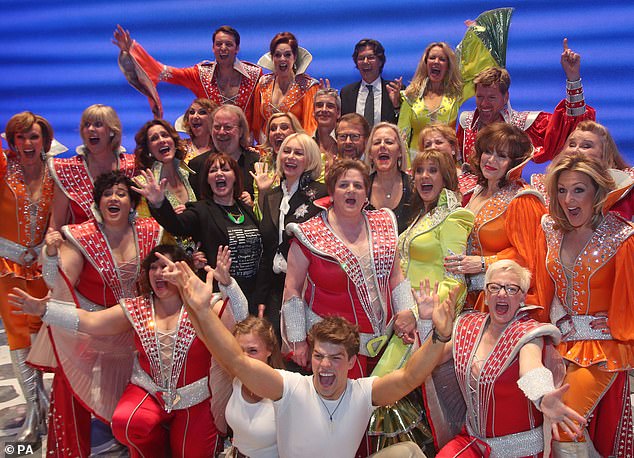 Mamma Mia!, written by playwright Catherine Johnson, is a musical (pictured: Cast of the show in 2019) based on the songs of ABBA 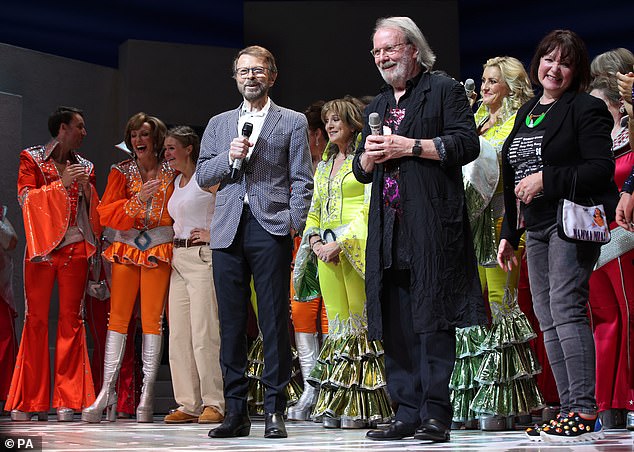 The musical, which premiered in 1999, is the seventh longest running musical on London’s West End (pictured: Björn and Benny celebrate the 20th anniversary of the show in 2019)

They were then forced to close in November during the second national lockdown.

There had been hope of a pre-Christmas rush to panto shows, particularly in the London’s West End, when lockdown ended at the start of December.

But hope was quickly extinguished when London and large parts of the south-east were plunged into Tier 4 restrictions ahead of panto season due to the identification of a new Covid strain.

Mamma Mia!, written by playwright Catherine Johnson, is a musical based on the songs of ABBA – a Swedish band Björn and Benny formed with Agnetha Fältskog and Anni-Frid Lyngstad in 1972.

The musical, which premiered in 1999, is the seventh longest running musical on London’s West End and features many of their greatest hits.

It was adapted into a 2008 film of the same name, starring Amanda Seyfried and Pierce Brosnan.

The film was followed by the sequel Mamma Mia!: Here we go again. Together, the films grossed more than £700million worldwide.