Aaron Rodgers was far from a media darling during his postgame press conference after he couldn’t produce a second late comeback in four days.

The reigning back-to-back MVP admitted he ‘definitely missed a couple of throws’ as the Packers offense failed to produce like it days prior in a spirited win over Dallas.

Rodgers was not in the mood to be overly expansive following the potentially season-defining 27-17 loss to Tennessee.

When asked by a reporter postgame ‘where do you go from here?’ — referring to the loss and Green Bay’s paltry 4-7 record — Rodgers replied ‘home.’

The controversial quarterback threw for 227 yards and two touchdowns on 24/39 passing. It was a reasonable performance from Rodgers, but his defense could not adequately contain Tennessee.

Rodgers was later asked for his thoughts on boos reigning down from the Lambeau bleachers amid the defeat.

Pausing, Rodgers replied ‘um, interesting. That’s all I can give you.’ 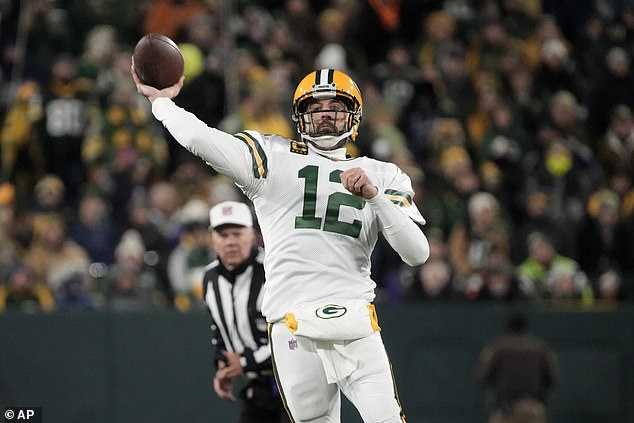 Now, the Packers head into Thanksgiving week with virtually no margin for error as the three-time defending NFC North champions´ playoff hopes continue to fade.

Green Bay´s loss to the Titans on Thursday night dropped the Packers two games behind San Francisco (5-4) in the race for the NFC´s final wild-card spot.

Next up is a trip to Philadelphia to face the NFC East-leading Eagles (9-1). 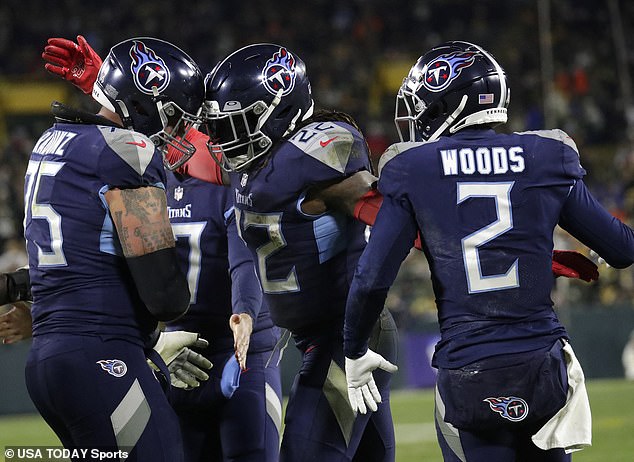 Green Bay´s dispiriting performance halted momentum established last Sunday when they rallied from a two-touchdown, fourth-quarter deficit to beat the Cowboys 31-28 in overtime.

That snapped a five-game losing streak, the Packers’ longest skid since 2008. Meanwhile, Tennessee posted season highs in points and yards (408). The Titans even scored their first fourth-quarter touchdown of the year.

The lone bright spot for Green Bay was the continued emergence of rookie receiver Christian Watson, who caught two touchdown passes against Tennessee after scoring three times against the Cowboys. 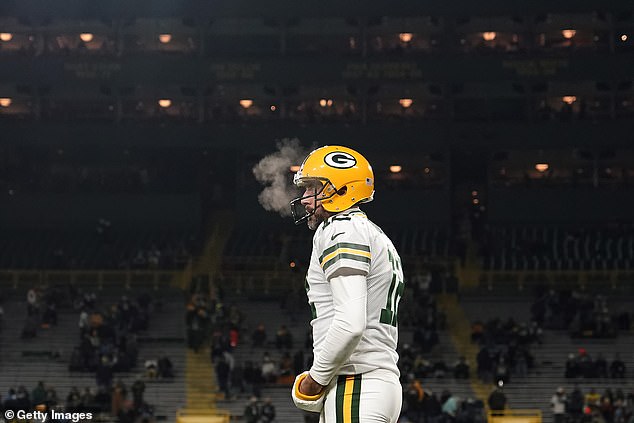