Aaron Carter’s fiancée has been spotted moving her stuff out of his home just days after the singer was found dead in the bathtub.

Distraught Melanie Martin called police to Carter’s $800,000 Lancaster, California home on Tuesday to ‘keep the peace’ as she packed up her belongings in a moving van.

Carter, 34, was found dead in his home on November 5, and police said the singer drowned. His medically-trained neighbors said they attempted to help save Carter, but his house sitter wouldn’t let them inside.

Martin was seen wearing a colorful hoodie while peaking out the front door of the home while others helped her yesterday.

The couple were together on and off since 2020 and share a one-year-old son.

Melanie Martin , Aaron Carter’s fiancée, was seen moving her belongings out of the singer’s California home days after he was found dead 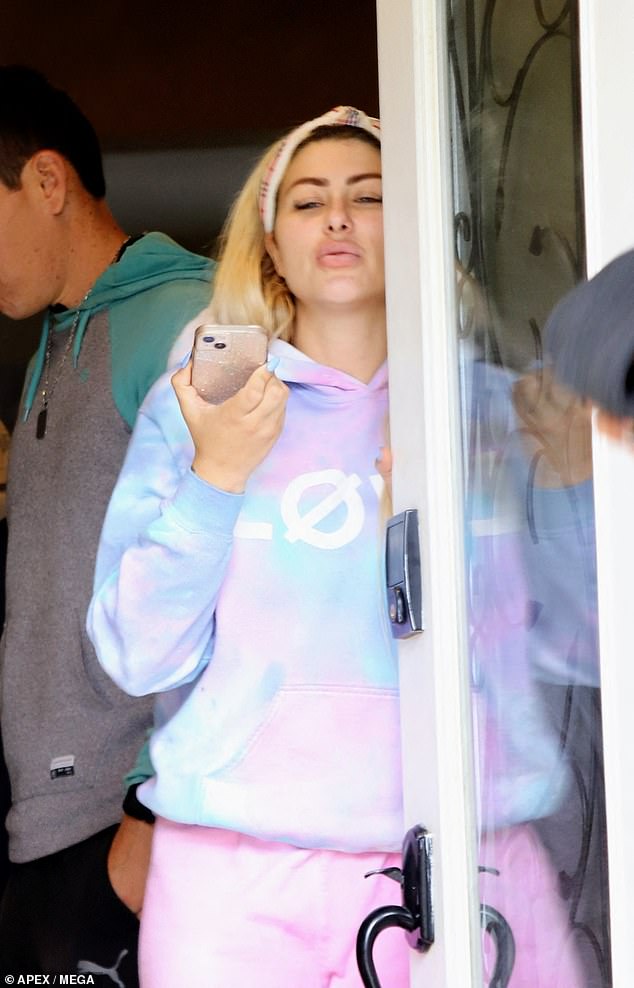 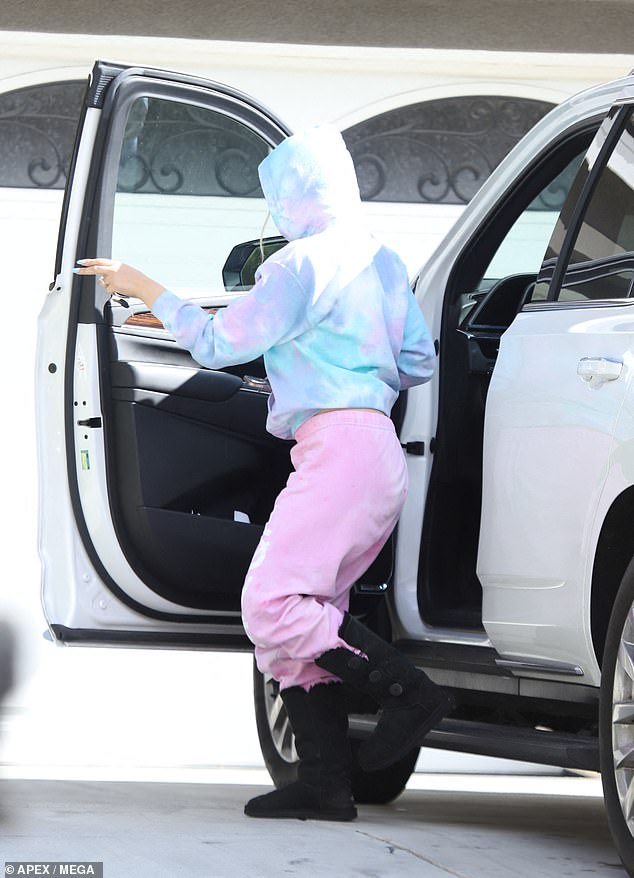 Martin was seen exciting a vehicle with a hoodie, pink pants and black boots 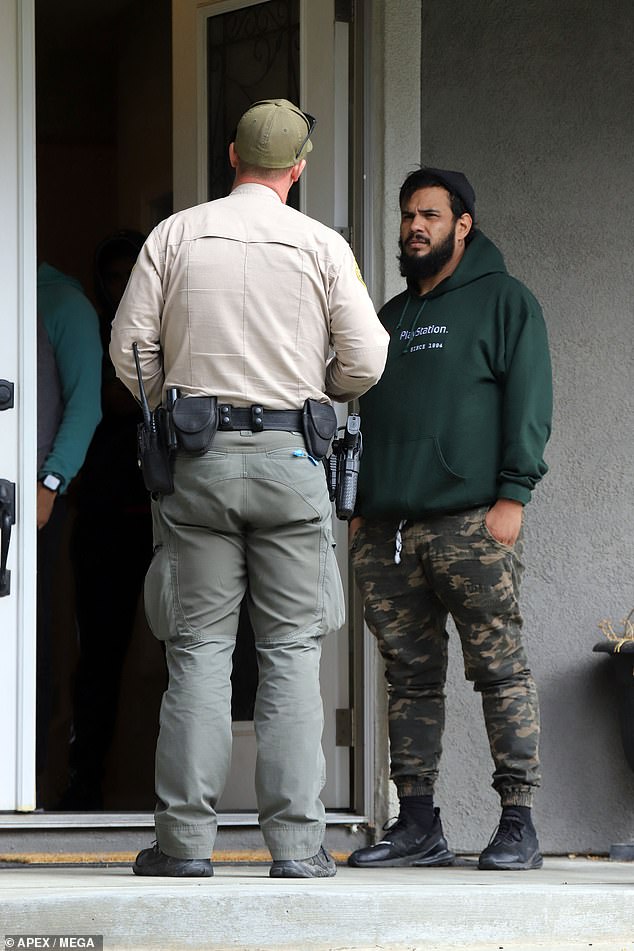 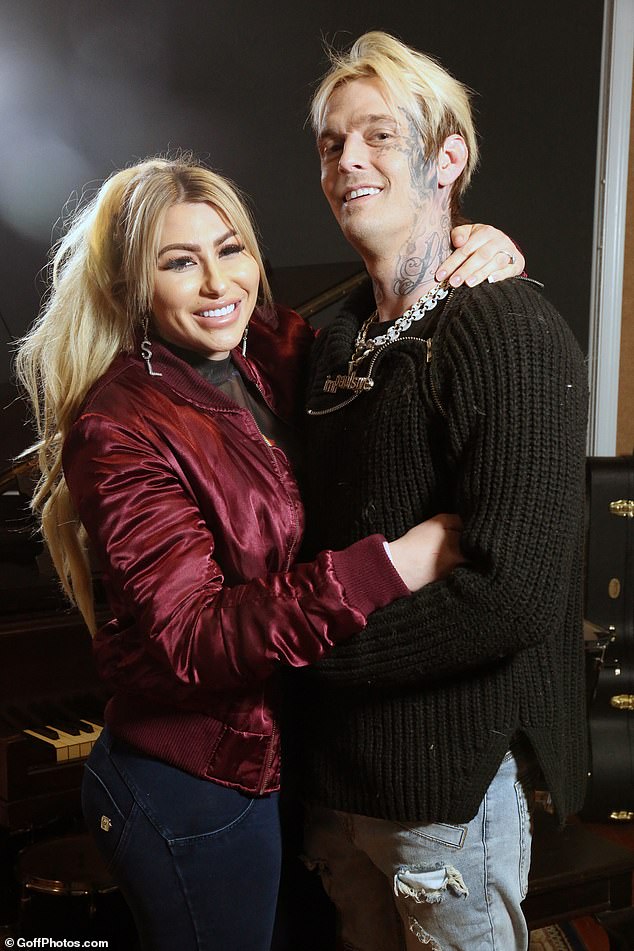 Carter and Martin had a rocky relationship leading up to the birth of their son on November 22, 20121. The pair have been on and off since 2020 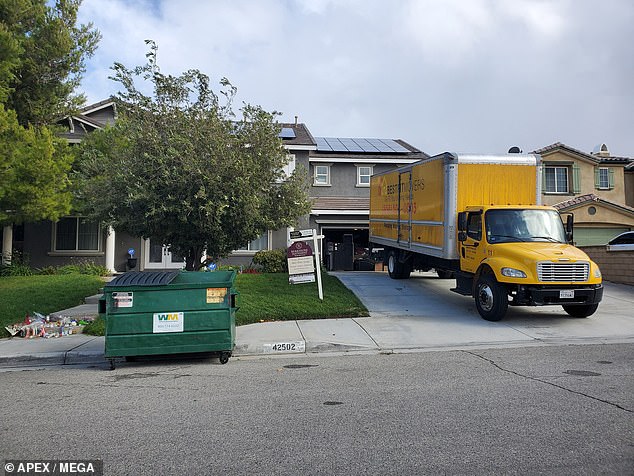 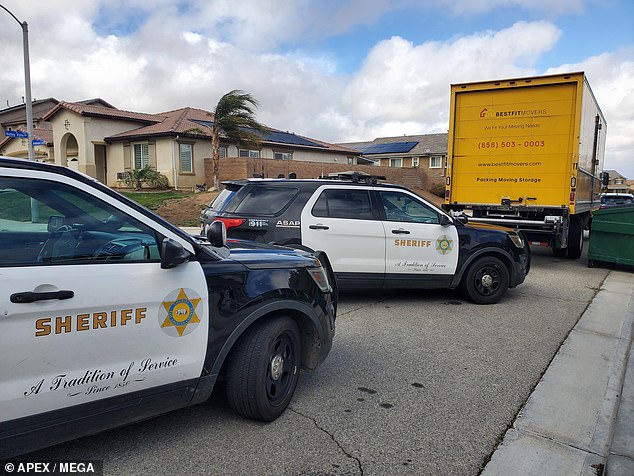 Since January 2020, Carter and Martin had a rocky relationship leading up to the birth of their son on November 22, 20121.

The singer told DailyMail.com in August that the two weren’t together and were done for good.

It’s unclear what the relationship status of the pair was leading up to Carter’s death was – but Martin released a statement and called him her ‘fiancée.’

She wrote: ‘My fiancée Aaron Carter has passed away. I love Aaron with all my heart and it’s going to be a journey to raise a son without a father.

‘Please respect the privacy of my family as we come to terms with the loss of someone we love greatly.

‘We are still in the process of accepting this unfortunate reality. Your thoughts and prayers are greatly appreciated.’

Carter filed custody of their son and a petition for protection at the Antelope Valley Courthouse in Los Angeles County earlier this year.

At the time, he accused Martin of ’emotional distress, anguish, shoving, & scratching’, and claimed she used the threat of suicide to abuse him ’emotionally.’ 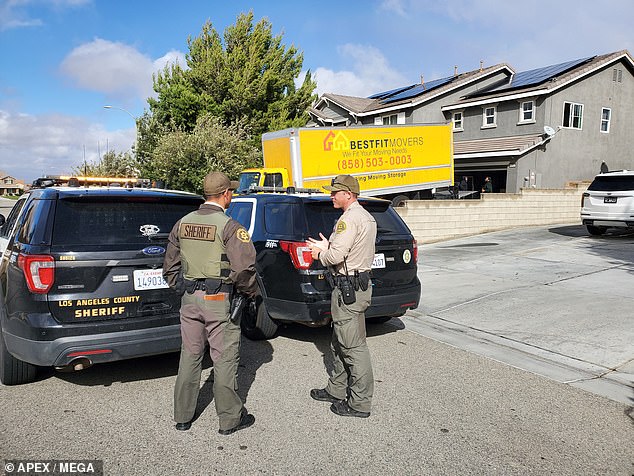 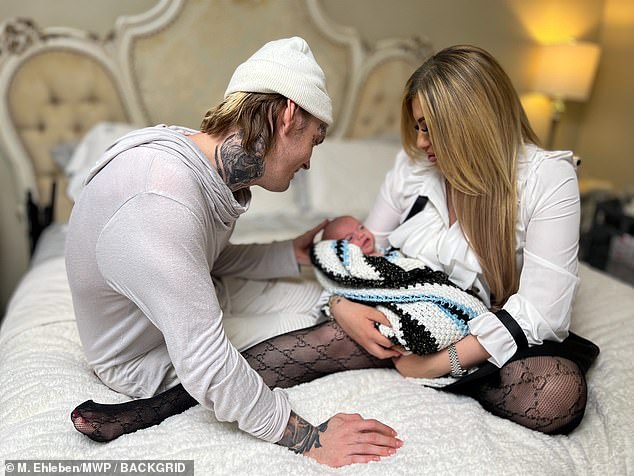 Aaron and Melanie posed with their newborn son Prince at their home in Lancaster, California in January. Prince was born November 2021 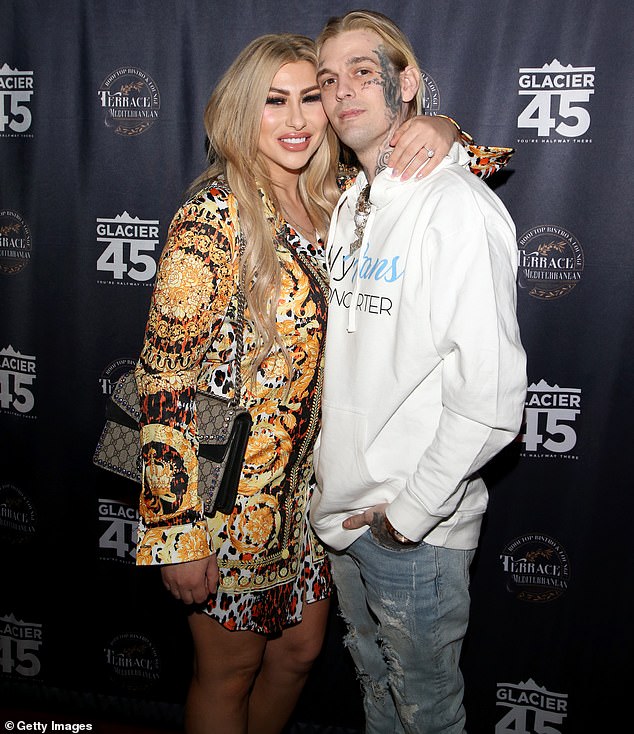 Earlier this week it was revealed that Martin told Carter ‘she feared he was going to die if he didn’t stop huffing’ during an Instagram live – days before he died.

A video reportedly captured from a live stream the singer recorded in the days leading up to his death and obtained by TMZ shows Aaron reading a message he claims is from Martin, 35, which read: ‘If it’s true what you’re doing, you’re not going to end up alive. You’re going to die.

‘I love you, this is not safe. Please don’t do this to yourself.’

In the video. Aaron mentions Melanie commenting: ‘She says “I don’t care anymore”. ‘Leave me alone Melanie! Dude, can’t you take a hint!

Carter has previously admitted to having a huffing addiction.

Huffing, ‘involves inhaling (or ‘huffing’) fumes from run-of-the-mill household products, such as glue, cleaning products or paint – which produces a high that is similar to the effects of alcohol.’ 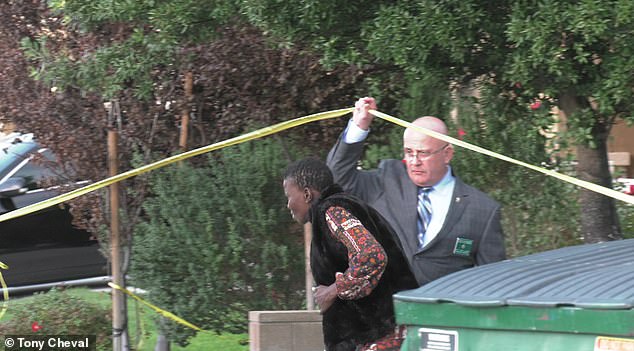 Police escort Aaron Carter’s ‘house sitter’ from his house on Saturday after she had discovered him dead in his bathtub. The woman refused to let the medically trained neighbors in to help 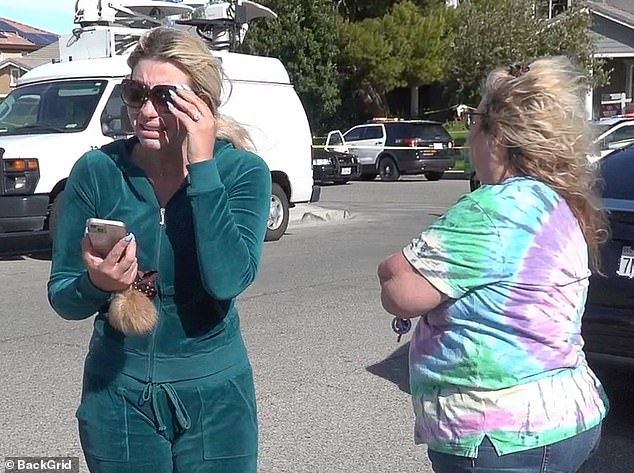 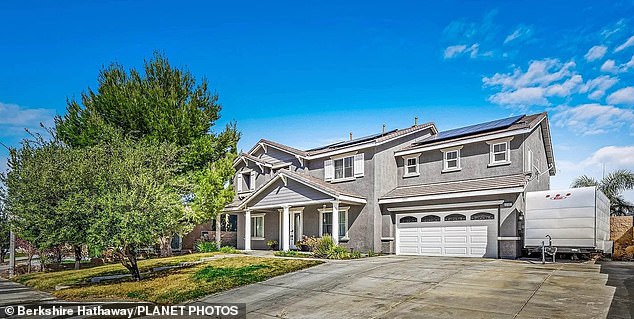 Carter had lived in this seven-bed, four-bath home in the high desert town of Lancaster for the past two years but had been trying to sell it 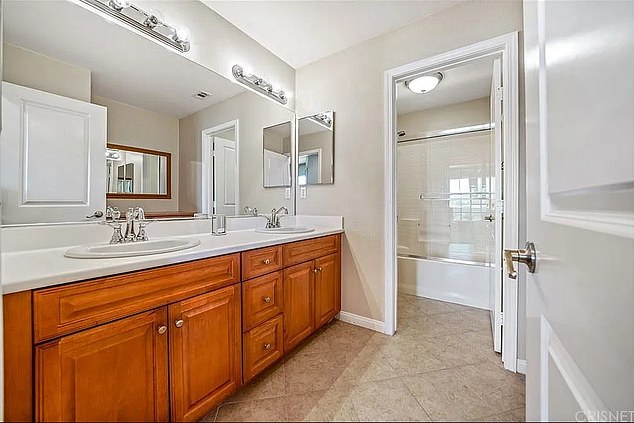 Carter was found in the bath at the house. Investigators say he drowned

Carter’s death shook the entertainment industry – and a couple recently revealed to DailyMail.com that he might have been saved if his house sitter had allowed a medically-trained couple inside the home on Saturday.

Neighbors Anthony and Amanda Cheval said they rushed over to the singer’s home around 11am on Saturday after hearing a 911 call on the police scanner.

Amanda, who is a registered nurse, immediately grabbed their automated external defibrillator bag and ran across the street to save the singer. But Carter’s house sitter refused to let the couple in.

‘I heard them call out a 927D – code for a possible dead body – for Aaron Carter’s address.’ Anthony, 45, a corporate safety manager who teaches CPR and also works for a local news agency, told DailyMail.com on Monday.

‘I knocked on the door several times,’ he said. ‘Finally after a few minutes a black female answered the door.’

Cheval said she the woman was hysterical and was foaming at both sides of her mouth. He asked her if she needed any help.

‘She kept screaming that over and over.’

Cheval said he asked her again to let them in. ‘Let us help you, let us try. My wife is a registered nurse, let her help.’

To which the house sitter responded: ‘I can’t let you in.’ The woman’s identity wasn’t revealed. 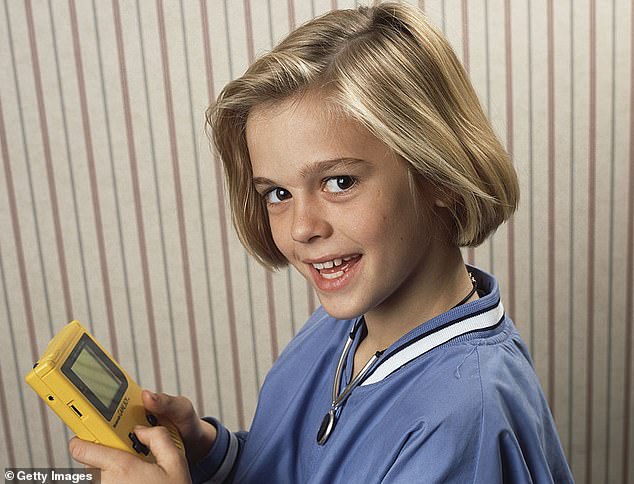 Aaron Carter in 1997, just as he released his earliest albums and his career as a rapper began 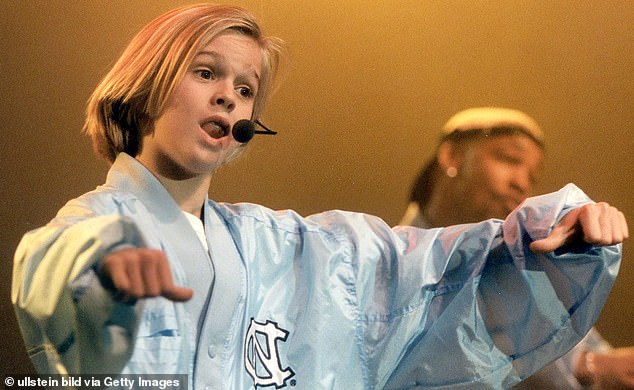 Carter first found fame as a teen pop star in early 2000s, with hits such as ‘I want Candy,’ and ‘Aaron’s Party.’ He is pictured performing in Germany in 1998 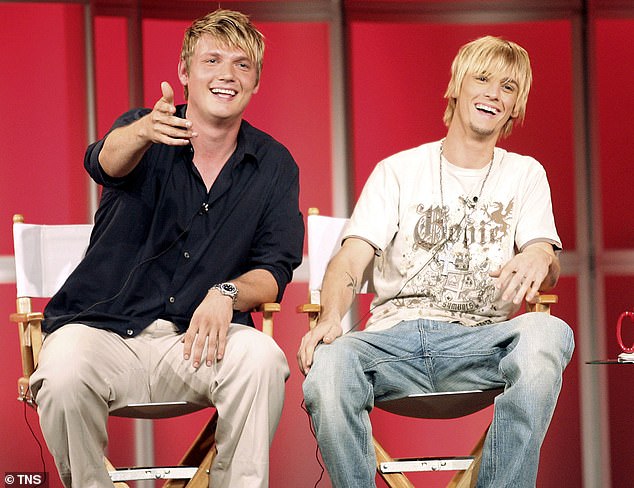 Nick Carter (left) said of his brother: ‘I have always held on to the hope that he would somehow, someday want to walk a healthy path.’ They are pictured together in 2006