EXPRESS INFORMER > Business & Finances > A Yodel driver broke my £4k gate – why won’t it pay to fix it?

A Yodel driver damaged my home’s gate in June last year when delivering a parcel.

It is electric, but the automatic opening and closing is turned off on one of the two gates. It’s an old model that doesn’t have a safety stop if something is blocking it, and as I have twin toddlers I wanted to avoid any accidents.

My father was waiting at my house to accept the parcel, and the driver ignored instructions to wait for him to come out and open the gates by hand.

Driving through the partially opened gate, he hit it, damaging the gate and his van. The gate is now bent and won’t close or lock.

Driven to distraction: Reader S.B has struggled to get repairs paid by Yodel after a courier drove into her gate (stock image)

The driver was rude to my father, shouting and telling him he was going to get in trouble at work.

The following week when he arrived at my house again to deliver a separate parcel, he told me how much the incident had inconvenienced him and said he ‘wouldn’t forget it’. I asked that he not be sent to my home again.

It was all recorded on my CCTV, and when I initially sent this to Yodel it admitted that the driver damaged my gate, apologised and offered to pay for it to be fixed.

When I didn’t hear anything back, I chased up in late November. This time Yodel informed me that it wouldn’t cover the cost as the gates had ‘prior damage’. I don’t know why it said this.

Yodel didn’t inspect the gates which, though quite old, were in good working order, and the contractors I got the quotes from said Yodel hadn’t spoken to them.

After that, it went quiet. We are very disappointed that a company like Yodel does not have a better system in place to deal with such issues. S.B, via email

Helen Crane of This is Money replies: How frustrating – all you wanted was for your parcel to be safely delivered, but instead this Yodel courier brought a great deal of drama to your front door.

Being a delivery driver is an unenviable job: they are usually contractors, not employees, and are paid not per hour, but per parcel – which means they are constantly racing against the clock. It’s why we so often find our parcels dumped in bins or abandoned on the doorstep.

With such time pressure, accidents are clearly going to happen – though perhaps if delivery firms treated their workers a bit more fairly, there would be fewer.

Unfortunately for you, one such accident happened on your property. Instead of waiting for your father to let him in, he rushed through what he assumed was a working electric gate – only to find it was half switched off.

You say the driver was then rude to your father, and subsequently to you, leaving you feeling threatened.

Returning to your gate, the incident had rendered it useless. You’d caught the whole incident on camera, so you asked Yodel to pay to repair it. Unfortunately, your experienced revealed that customer care is one area where the parcel firm fails to deliver.

I feel that parcel courier companies sometimes get away with poor service because the majority of their customers can’t vote with their feet and choose a different carrier. 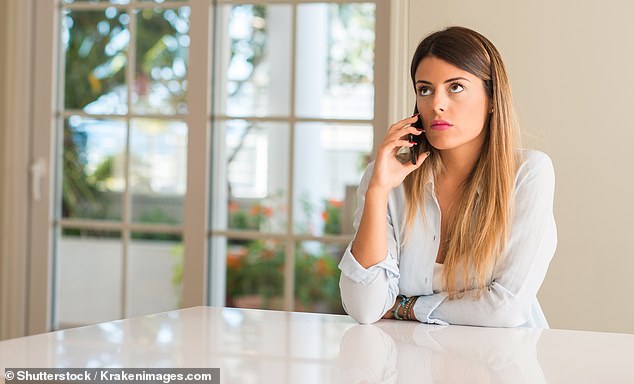 Delivery drama: Our reader struggled to get a straight answer out of Yodel regarding whether it would pay for damage to her property (stock image)

When you order a product online, the retailer will have a contract in place with the likes of Yodel, Hermes or Royal Mail to get it to you – whether you like it or not.

You have had almost a year of confusing back and forth, with Yodel initially claiming that it would pay for the repairs, then changing its mind and not explaining why.

With the fix costing at least £4,000, you weren’t happy and decided to contact me.

At first Yodel suggested to me that you were at fault, as you hadn’t been ‘responding to requests’. But when I checked with you, you said there had been no ‘requests’ and the last contact you had from Yodel was a legal letter stating that Yodel would not be paying the invoice.

When I asked it to clarify what exactly you needed to do, the £4,692 miraculously arrived in your bank account.

A spokesperson said: ‘We have been in contact with [the customer] to apologise for the inconvenience and arrange for the reimbursement of repairs.

‘We take driver behaviour very seriously and have taken appropriate action as this does not reflect the high standards we set our colleagues.’

You won’t be singing the praises of Yodel any time soon, but I’m glad the incident has been put to bed. 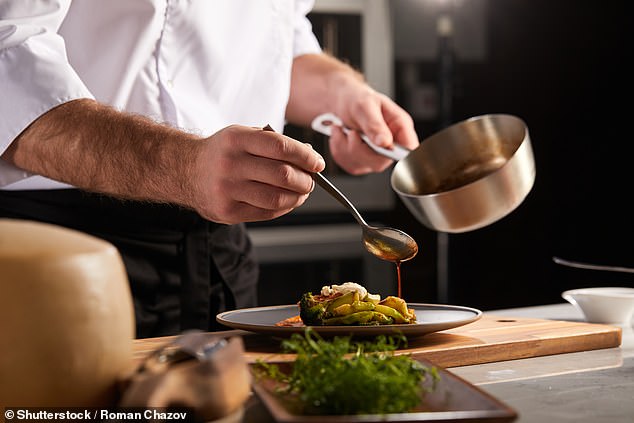 Chef’s kiss: In-home dining app yhangry impressed a colleague this week, when it swiftly sorted out her hen party dilemma

Hit: With an estimated 350,000 weddings estimated to take place in the UK before the end of the year, many will be looking for options for hen and stag dos across the country.

A colleague in the unenviable position of organising one of these events found herself in a panic this week, when the chef she had hired to cook a meal at the start of the festivities cancelled with 48 hours notice due to illness.

She’d booked it via the app yhangry, which allows diners to select a menu of their choice for their party and have a professional cook come round and prepare it.

With such short notice, the hens could well have ended up dining on chicken nuggets.

But within half an hour, she was notified that yhangry had organised another chef to fill in at no additional cost. When he got in touch, he even offered to upgrade the menu to something a bit more fancy for the same price. Hangry hen crisis averted. 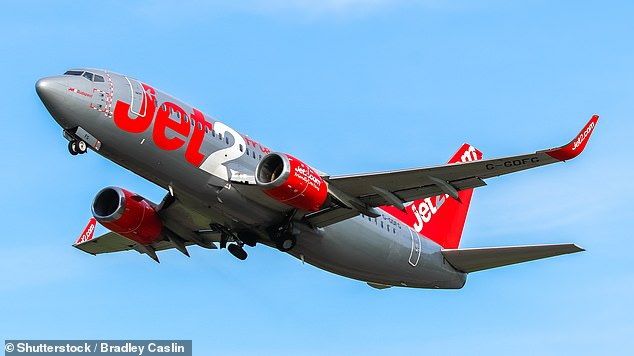 Duty denied: Jet2 told a reader it would charge a £25 admin fee to process a £26 refund

Miss: I have previously written about Air Passenger Duty – the tax element of a plane ticket that airlines should pay back to almost all of their customers in the event that they don’t take a flight.

Reader Jan got in touch recently to tell me she had tried to claim £26 in APD back from airline Jet2 after she had to cancel her holiday – but had been told it would be subject to a £25 admin fee.

‘Not a great deal of money I know, but this is disgusting behaviour by airlines’ she said. ‘I just wanted to vent my frustration.’

I contacted Jet2 to ask if charging a £25 handling fee on a £26 tax refund could really be right.

It didn’t give me an answer, but it did refund the money.

A spokesperson said: ‘We have liaised with [the customer] after she cancelled her holiday and can confirm that we have refunded the Air Passenger Duty fare. No administration fee has been charged.’