From Montenegro fans’ racist abuse of England stars in 2019 to a night of ugly scenes in London and Tirana this week: A timeline of shameful events on the international stage

By Harry Garside For The Daily Mail

The pictures of Hungary fans fighting with riot police at Wembley Stadium on Tuesday night were shocking, albeit not unexpected.

It is far from the first time scenes have turned ugly on the international stage over the past few years, with regular fines dished out to the worst offenders.

Here, Sportsmail takes a look at a timeline of shameful events, from 2019 to now…

Sanction: Montenegro fined £16,975 by UEFA for racist abuse and ordered to play one match behind closed doors.

Sanction: UEFA ruled Serbia must play their next game behind closed doors and fined the Serbia FA £28,229.

The match came close to being abandoned after two stoppages in play as supporters were warned about racist behaviour, including Nazi salutes and monkey chanting.

Sanction: Bulgaria ordered by UEFA to play next game behind closed doors and fined £63,645.

Match was halted after Sweden striker Alexander Isak was subjected to racist abuse by home supporters.

Sanction: UEFA ruled that there was no racist behaviour. 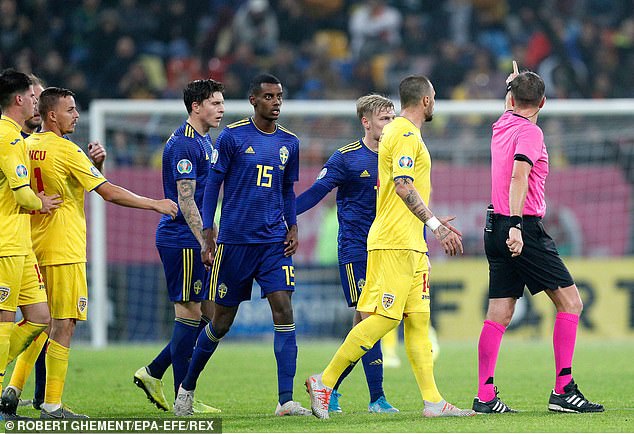 England fans booed the Danish national anthem before the Euro 2020 semi-final and set off fireworks. One supporter shone a laser pen at Danish keeper Kasper Schmeichel as he was about to face a penalty. 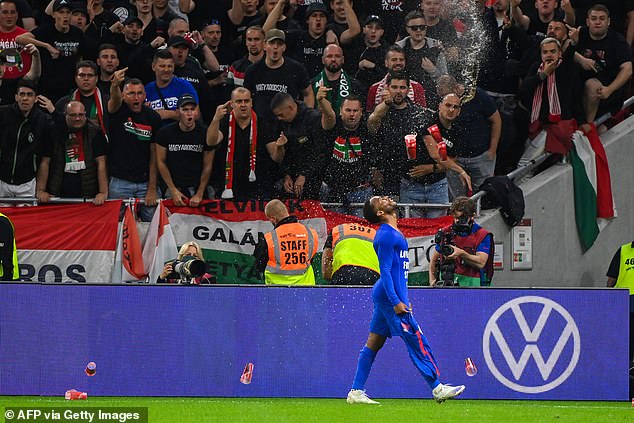 Hungary fans clash with police at Wembley and fan arrested over racial abuse of steward. 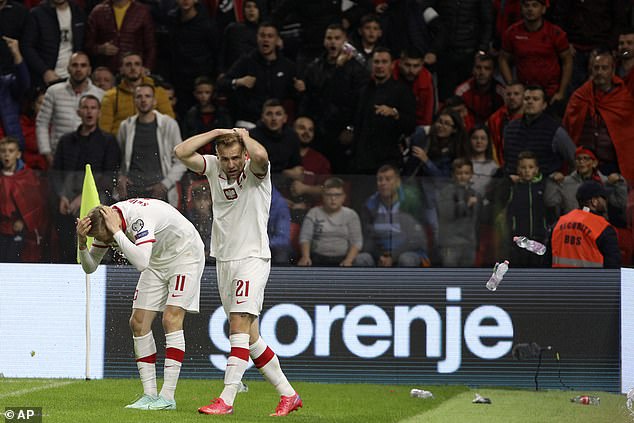