EXPRESS INFORMER > Travel > A Sicilian sizzler: Pretty Palermo is perfect in autumn, with fewer crowds and plenty of sunshine

The Colombian novelist Gabriel Garcia Marquez said: ‘Going to Sicily is better than going to the moon.’ That might be overdoing it, but the largest island in the Mediterranean has an enigmatic element to it, with its baking hot interior, religious fervour and associations with organised crime.

Now pedestrianised, the historic core of its magnificent capital Palermo is a delight — at the centre of which is the Piazza Pretoria — and when taking a tour, I’m enchanted by the mighty buildings and rich history of this powerful port city.

‘My home town is like a lasagna with 16 layers,’ says my guide Gabriella.

Ancient and modern: Nigel Tisdall explores the Sicilian city of Palermo and finds that he’s ‘enchanted’ by its ‘mighty buildings and rich history’. Above is the central Piazza Pretoria and the Santa Caterina church behind

In her view, the most tasty influences are from the heydays of Arab, Norman and Spanish rule, which are reflected in star sights such as the dazzling 12th-century mosaics adorning the Cappella Palatina in the Palazzo dei Normanni and the Quattro Canti, a Baroque crossroads from 1620. This is where haughty coats-of-arms oversee a bustling stream of awestruck sightseers and teenagers whizzing around on e-scooters.

Life here is affable and inviting, although you do wonder what goes on behind all those heavy wooden doors with solid brass knockers.

And what about the Mafia? Their criminal activities reached a peak here with the murder of two judges in 1992, but Gabriella is unfazed. ‘They’re still there but with a lower profile,’ she says. 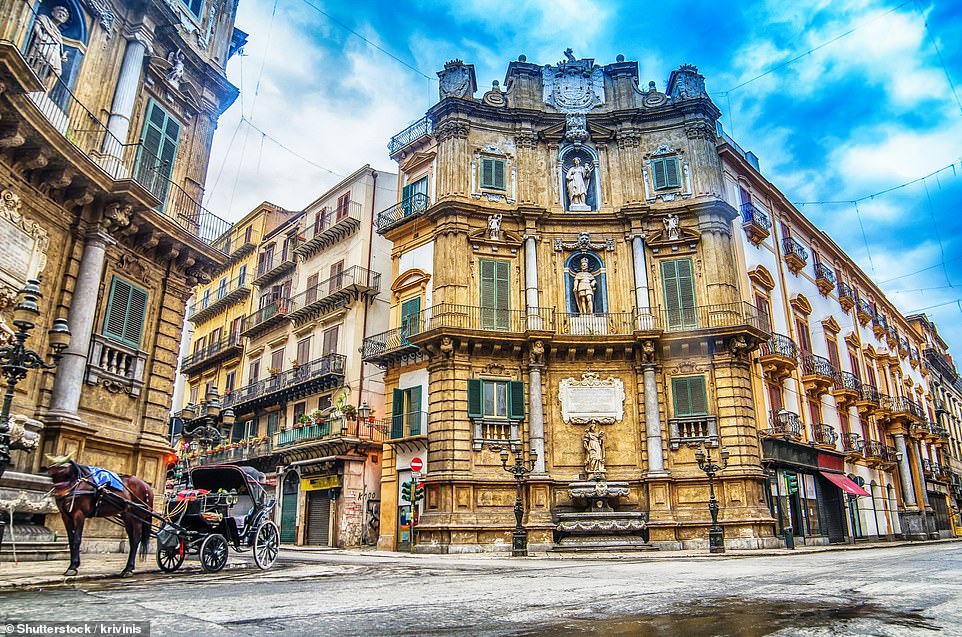 One of the star sights of the city is the Quattro Canti (pictured), a Baroque crossroads from 1620 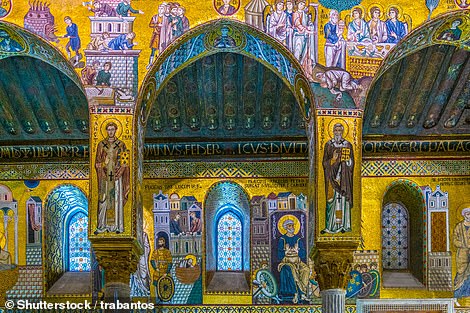 Since that grim year, the city has undergone a remarkable transformation that kicked off in 2015 when nine historic sights were awarded World Heritage status and continued with Palermo’s designation as Italy’s Capital of Culture three years later.

For an overview of the historic centre, I climb the roughly 140 steps to the cupola of the Santissimo Salvatore church, which at times is like ascending a corkscrew.

Here, you can enjoy a 360-degree panorama over a sea of terracotta-tiled roofs punctuated by domes, belfries and towers that rise up like bookmarks from the city’s illustrious past. 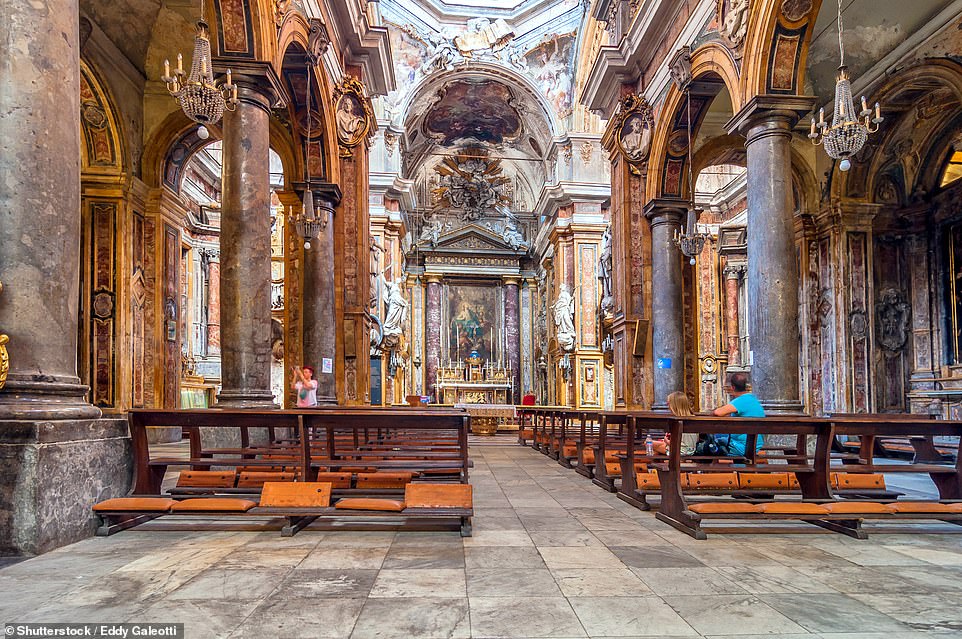 Nigel climbs the roughly 140 steps to the cupola of the Santissimo Salvatore church (pictured), which ‘at times is like ascending a corkscrew’

Nearby, the Santa Caterina church is worth a nose around for its beyond-OTT Sicilian Baroque interiors that were hidden from view for 150 years.

With massed cherubs, gleaming silver angels, huge barley-twist pillars and not an inch undecorated, it is an eye-popping reminder of Italian flamboyance.

Then there’s Capo market, a narrow lane through which Sicily’s bountiful produce flows like a gastronomical river. 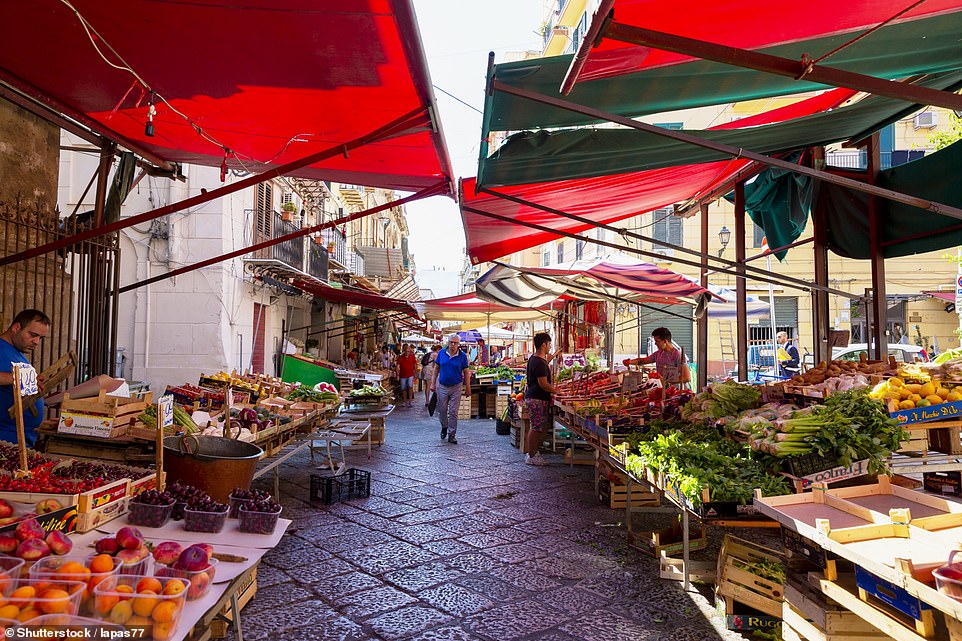 Sicily’s bountiful produce on display at the Capo market. ‘I yearn to take it all home,’ says Nigel

Jewel-like tomatoes, moist slabs of fresh tuna, divinely sweet apricots and the intriguing, 4ft-long squash called cucuzza — I yearn to take it all home, but settle for a reviving glass of pomegranate juice for €2.

Fortunately, there are plenty of small, unpretentious restaurants where you can try all this, such as La Galleria, just a skullcap’s throw from the Cattedrale.

Here, we lunch outdoors at wooden tables with vases of sunflowers and a view of the neighbour’s washing.

As the afternoon heat kicks in, it is bliss to retreat to my bayside hotel, Villa Igiea, just a 15-minute drive north. 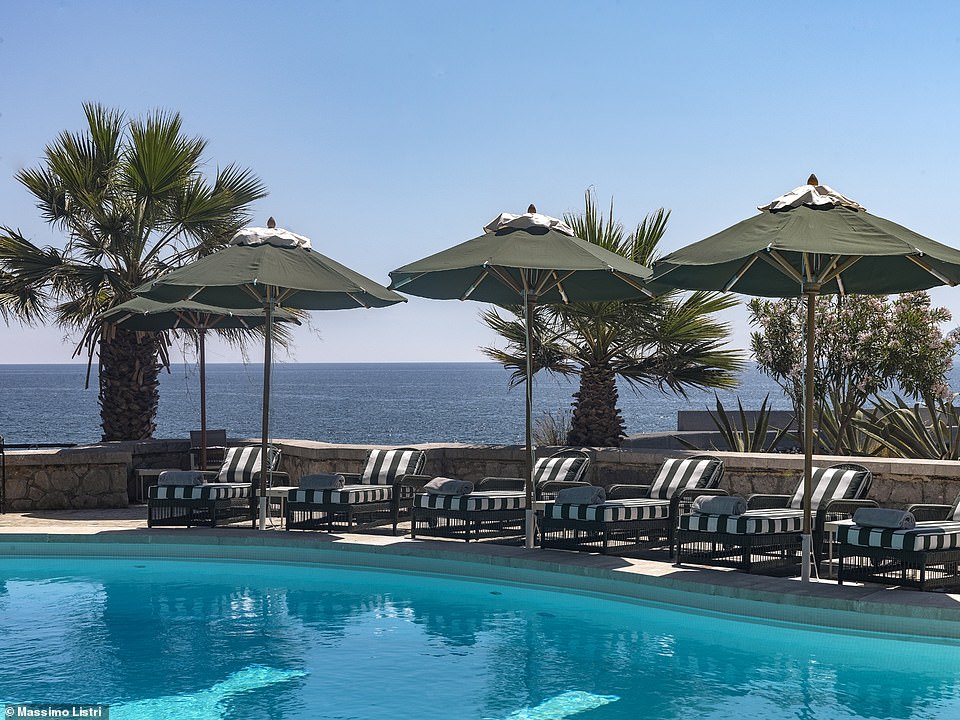 Nigel’s base is Villa Igiea (pictured), a bayside hotel that lies just a 15-minute drive north of Palermo 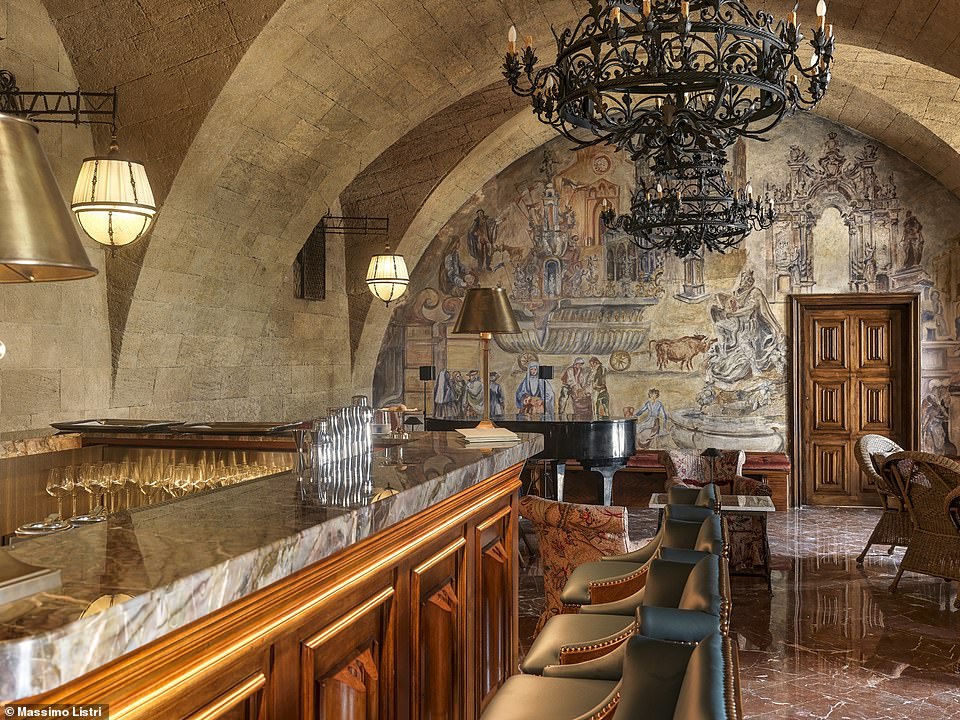 You can expect to find fabulous salons adorned with art nouveau murals and devoted staff dressed in immaculate uniforms at Villa Igiea, according to Nigel 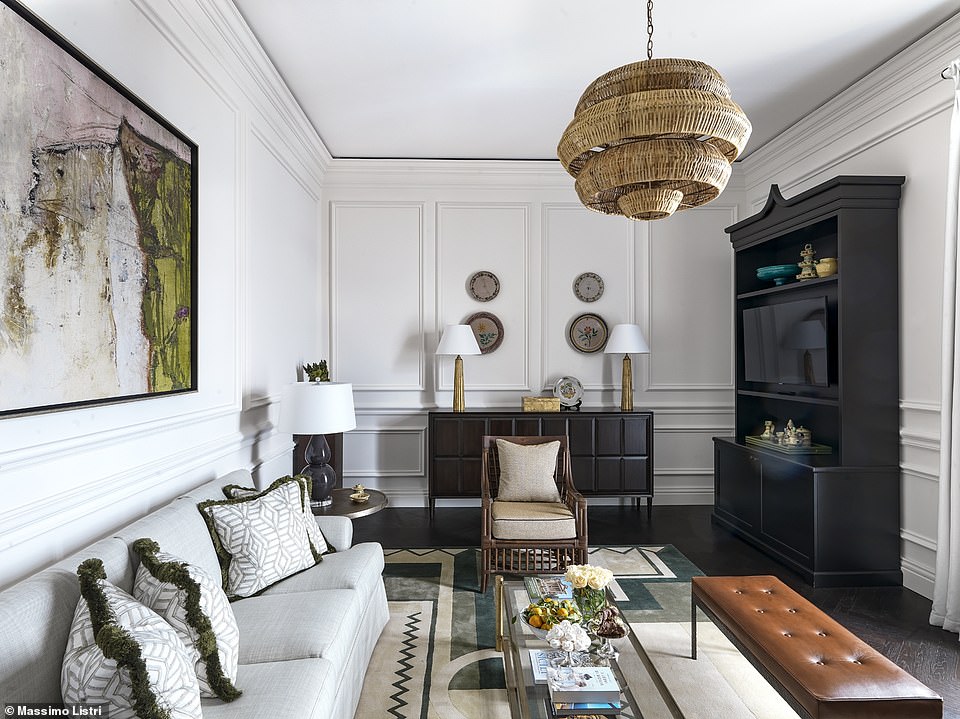 The restful, refined atmosphere of the hotel is the ‘perfect antidote’ to the famous grittiness of Palermo

It’s not cheap, but its restful, refined atmosphere is the perfect antidote to the famous grittiness of the city.

All in all, Palermo is ideal for an authentic Sicilian short break combining cultural wonders, terrific food and poolside downtime. 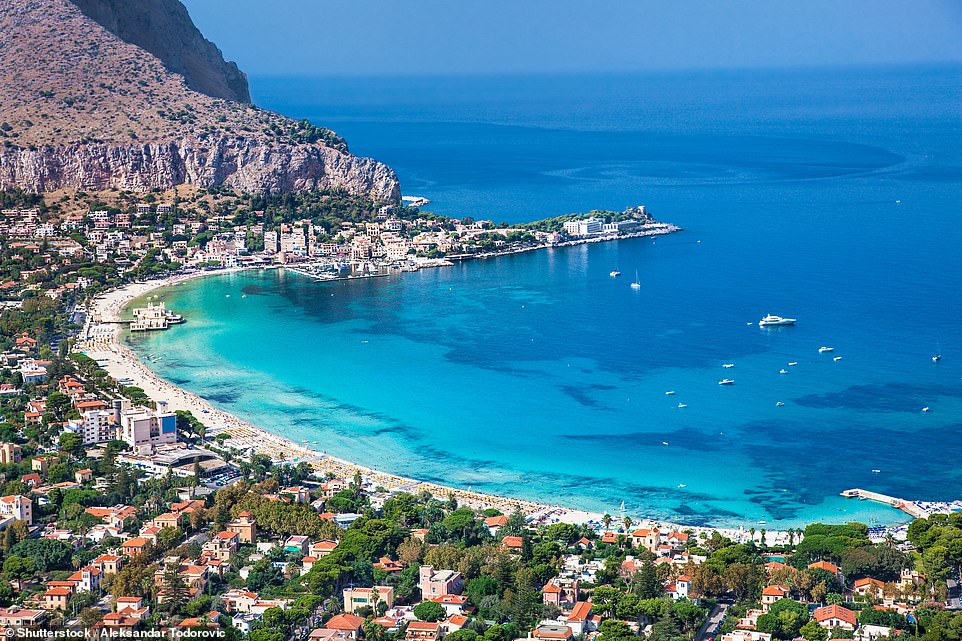 I even manage to squeeze in a dip in the bewitching Tyrrhenian Sea at the mile-long sandy beach of Mondello, a 15-minute taxi ride north.

In July and August, it’s as packed as a tin of anchovies but in early November, when the island experiences the ‘Summer of St Martin’ (like an Indian summer), it can be warm enough to swim.

Indeed, Palermo will warm the cockles of the hardest of hearts.