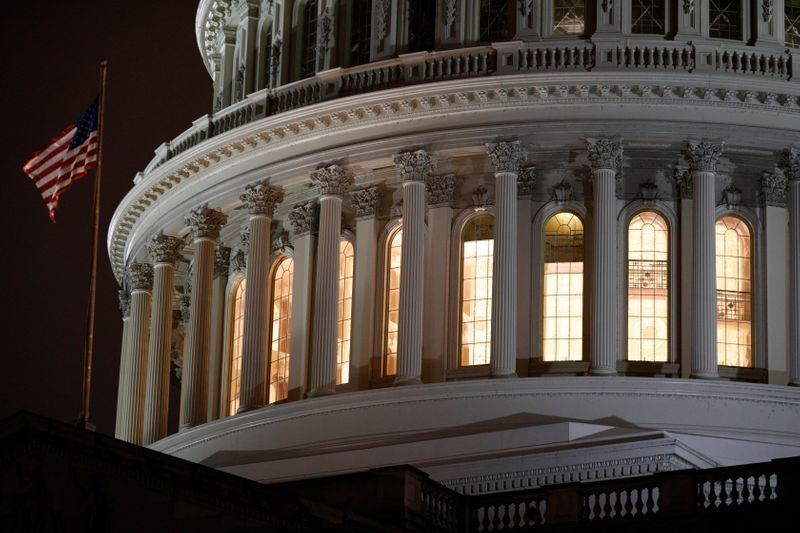 Just weeks before the November election and just days before President Trump and former vice president Biden faced off in the first presidential debate, a pair of Republican Senate committee chairmen released a report that revived attacks on the son of Democratic presidential nominee Joe Biden, writes the Washington Post.

Top-ranking Democratic senators slammed the GOP report, saying its key findings were false and “rooted in a known Russian disinformation effort.” The accumulated testimony, they argued, showed no wrongdoing by Joe Biden.

The Hill confirms that the report sparked a fierce backlash from both Democrats and the Biden campaign, who have been deeply skeptical of the investigation and warn it could spread Russian misinformation. Johnson has also faced public scrutiny from GOP members of his committee, Sen. Mitt Romney, in particular, has warned the probe looks like a political exercise.

Sen. Ron Wyden, the ranking Democrat on the Finance Committee, called the report a “sham investigation” and “an attempted political hit job facilitated by the State Department” that serves to “push Russian disinformation.” He added that Republicans “tried—and failed—to manufacture dirt on Vice President Biden.”

Johnson has denied for months that his investigation was being driven by Joe Biden’s presidential run, but he has spoken of the report as something that would raise questions about the former vice president’s fitness for office.

Sen. Gary Peters, the top Democrat on the Homeland Security and Governmental Affairs Committee, said in a statement that “The Chairman has diverted our Committee’s time and taxpayer resources away from our mission to protect the health and security of Americans – and instead has generated a partisan, political report that is rooted in Russian disinformation and intended to influence the presidential election.”

The investigation, launched last year, has been mired in controversy since the start. Democrats accused Johnson and Grassley of running the probe to try to counter the House’s impeachment of Trump, who pressured Ukrainian officials to investigate the Bidens.

Yet while the two parties basically focus on the names of Biden and Trump, and their battle over the presidency, the impact that the story will have on other people involved, skips the public eye.

The biggest spotlight has been drawn to Russia’s richest woman Elena Baturina, a former construction mogul, wife of the late Moscow mayor, and now an independent investor.  The Senate GOP report suggests that while his father was vice president, companies associated with Hunter Biden received money from her.  In an early section called “key findings,” the report says: “Hunter Biden received a $3.5 million wire transfer from Elena Baturina, the wife of the former mayor of Moscow.”

The allegation does not provide any additional detail, including whether the alleged transaction was legal, the USA Today notes. They quote Sen. Gary Peters and Sen. Ron Wyden, who pointed out that “the information in the documents cited by the Republicans has not been verified”. “Any credible investigation would have sought the underlying financial records at issue and spoken to the involved parties,” they continued.

The $3.5 million wire was marked as a consultancy fee, which could be the case, as at the time Baturina was establishing her business presence in Europe and the US after she was forced to sell her Russian construction company in 2011, a year after Luzhkov was fired by Russia’s then-president Dmitry Medvedev over corruption allegations.  Luzhkov denied claims of wrongdoing or corruption, saying he was falsely accused because he refused to support Medvedev. The allegations were never proven in court prior to his death, reports the Daily Mail.