We love you yeah, yeah, yeah! Beatles are mobbed by thousands of screaming fans in New York, England triumph in the World Cup, and man lands on the Moon… a look back on the forging of history as Mail turns 125 years old

To mark 125 years of the Mail we have been reproducing the outstanding moments in our – and your – history.

Today we bring you the headlines and stories from 1960 up to 2021. We are treating them as though they were happening today with colour pictures and modern, contemporary feel.

One seismic event of this time was linked inextricably to our past – the death of wartime leader Winston Churchill in 1965.

It led to one of the Mail’s greatest pieces of writing. Vincent Mulchrone’s report of Churchill’s lying in state was hauntingly moving.

A year later, the same reporter and the same brilliance was describing England’s progress in the World Cup.

Fine writing, then and now, has always been the Mail’s supreme hallmark.

From man’s first step on the moon brought graphically to life by the great Bernard Levin, to the incomparable Ian Wooldrige’s dispatch after terrorists brought death to the Olympics in 1972, to Ann Leslie reporting on the crumbling of the Berlin Wall and the rotting of Communism.

And how about this for a footnote: After yomping with the Paras in a bitterly cold Falkland winter, reporter David Norris not only witnessed the routing of the Argentine forces at Goose Green, he also officially initialled the surrender document!

You’ll find all these stories and more here: 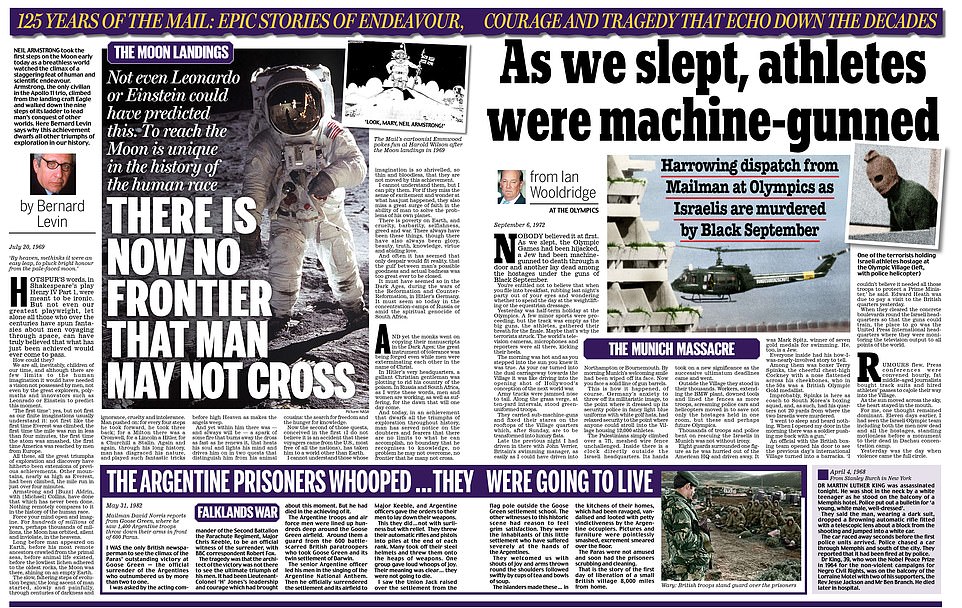 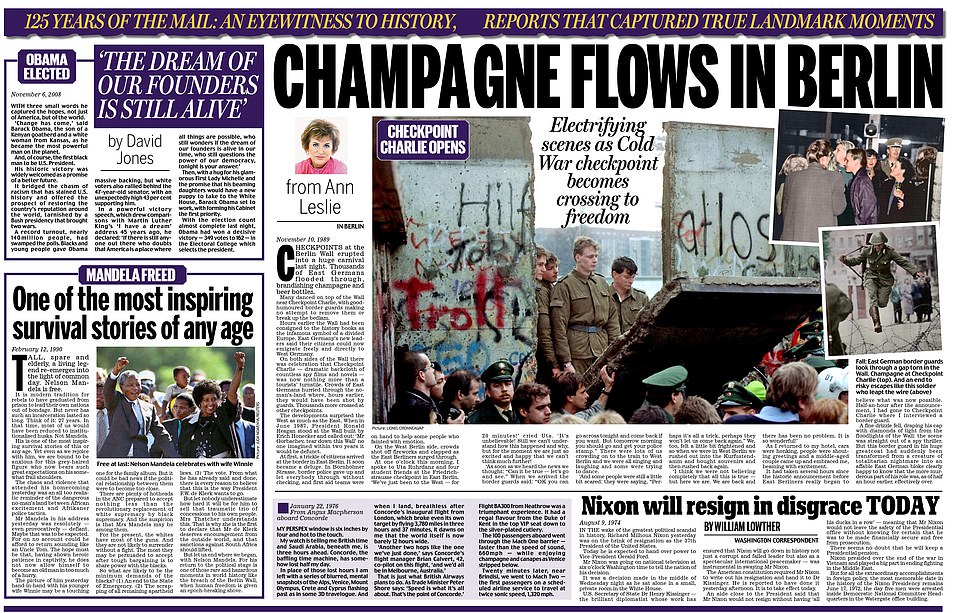 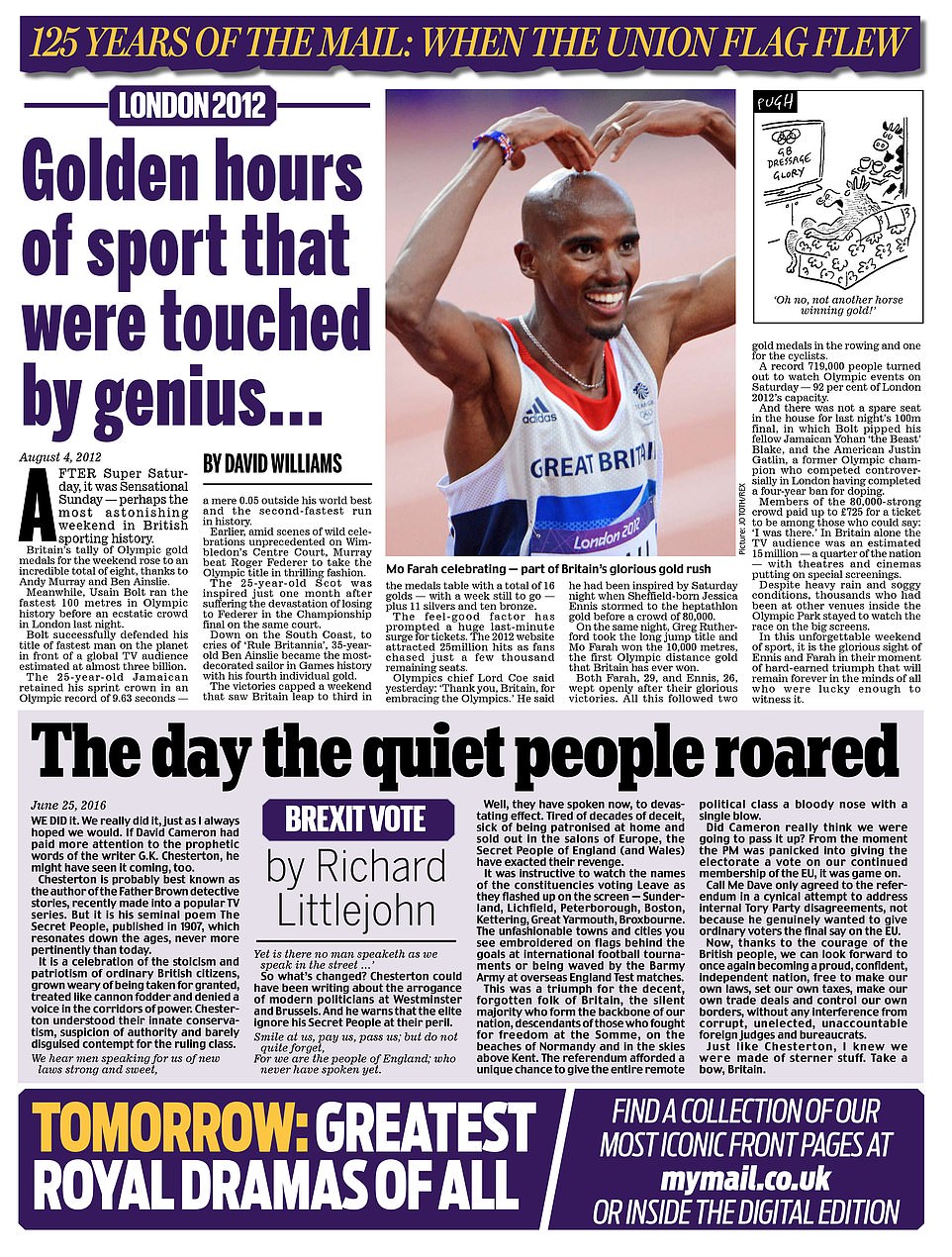