Pep Guardiola placed the blame for Manchester City’s goalless draw against Southampton on his defenders in way only he can…. but he knows his blunt attack is missing a Harry Kane

Manchester City recorded one shot on target, Phil Foden’s header as the clock struck 90, so Pep Guardiola placed the blame for this goalless draw on his defenders in a way that only he can. The back four and Fernandinho, to be exact.

Guardiola did not care for the sloppiness in possession when building from their own third and Southampton, excellent throughout and unfortunate to see a penalty award overturned by VAR, were confident in nullifying threats at a pace to suit them.

Guardiola could not and would not say it but Harry Kane wins City this game — probably by meeting one of their 24 crosses. Romelu Lukaku wins it from nowhere for Chelsea. Erling Haaland wins it for Borussia Dortmund. They bail them out. 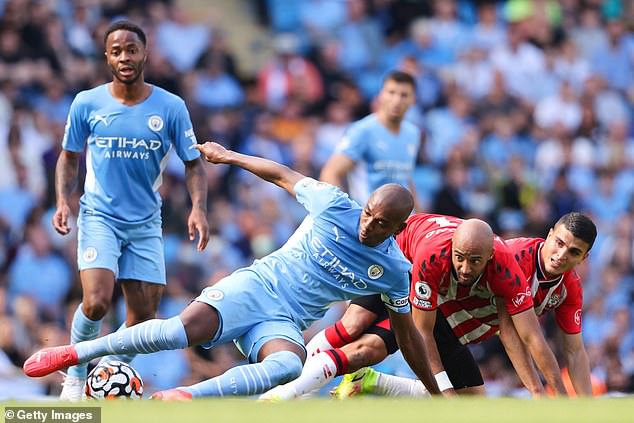 It is bordering on the absurd to question the attacking menace of a side that scored 16 times in their previous three home games but they looked blunt on Saturday. And two separate reasons can both be true at the same time.

Guardiola was correct in pointing out the passing deficiencies, because that is how they manoeuvre the opposition and control matches.

Yet even on the bleakest days, and even in the machine of City, elite strikers can do things all on their own. Sergio Aguero perfected that on enough occasions in his pomp.

‘We were not clever,’ he said. ‘We didn’t win because our process to give better balls to the players who are up front was not good. The back four and Fernandinho… the five guys who have to bring the ball to the other players were not good.’

Passing accuracy statistics never tell the whole story, though City’s 87 per cent was striking. Last season’s average was 89.4 per cent. Even differences this small can have some bearing on results. It ruined the flow of their game as balls were often turned over in the middle third.

Raheem Sterling was the central focal point but he has only two goals in his last 22 appearances for his club and has unquestionably been out of favour with the manager since March.

He thought he had clinched victory by bundling in the rebound from that Foden header, only for a marginal offside call to halt celebrations.

‘Raheem was so active in terms of movement, but football depends a lot on how good we do the build-up and when that happens our strikers and wingers play better,’ Guardiola said. 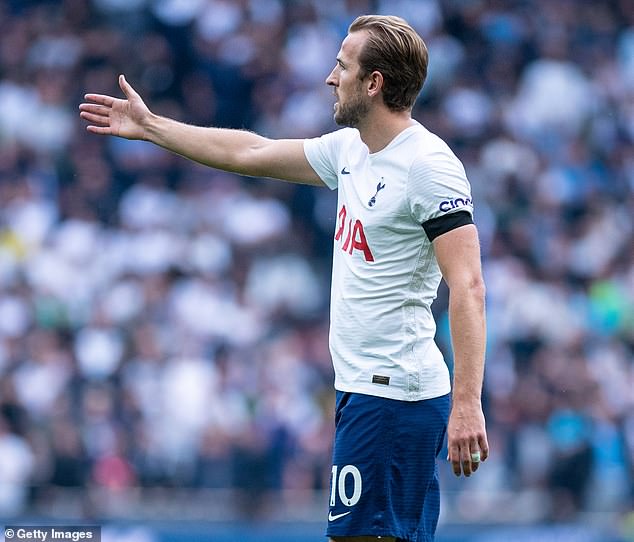 ‘That is why he didn’t get many balls. Kyle Walker has been with us many years, Ruben Dias last year was exceptional, and we have been with Dinho how many years?

They know the tactic exactly, they know it perfectly. If you are analysing the reason why we don’t create more chances it is for that reason. We were not precise, not clear in our actions.’

A handful of the kids will get a run at home against Wycombe Wanderers in the Carabao Cup on Tuesday, before three of the toughest away games in the calendar. City head to Chelsea on Saturday. Paris Saint-Germain loom a few days later before a trip to Liverpool. 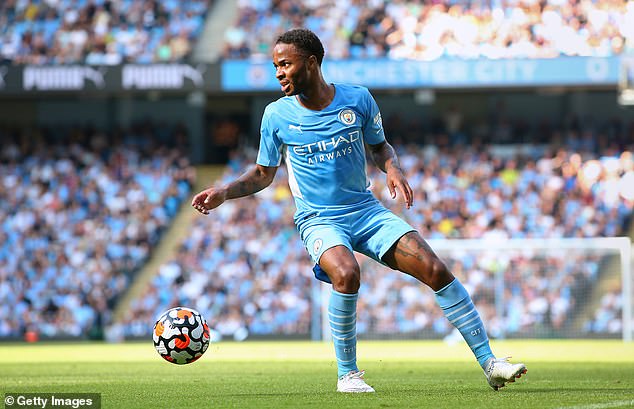 The other issue is injuries. Ilkay Gundogan appeared to hold his hamstring in the latter stages and City will assess his fitness.

Rodri and Oleksandr Zinchenko were missing with problems suffered in midweek while Aymeric Laporte and John Stones have injuries from the international break, which has clearly irked Guardiola.

Foden and Kevin De Bruyne are not yet fully up to speed. There is plenty for Guardiola to worry about.