The Prime Minister’s announcement of a two-year Energy Price Guarantee for domestic electricity last month has helped to jumpstart demand for electric cars, according to a new poll.

A fifth of electric vehicle buyers surveyed by What Car? said the Government’s intervention to prevent domestic energy bills spiralling had influenced their decision to switch to a battery car, with the assurance that charging costs won’t spiral for the next 24 months.

But for those without access to a charging point at home the current running costs of an electric car might not be as enticing.

Based on UK average public charging prices, This is Money has found that annual running costs for an average electric family car will be around £600 higher for those without off-street parking and a homecharger.

Government intervention to curb rising energy prices jumpstarts EV demand: A new survey by What Car? found that one in five electric car buyers said the PM’s Energy Price Guarantee had given them the confidence to switch to a plug-in model

Liz Truss’ 8 September announcement of an Energy Price Guarantee has reportedly had a big impact on electric car appeal, according to What Car?.

As part of its year-round rolling survey of in-market buyers, the latest polled 1,654 motorists, of which a third were about to hand over a deposit for an electric car.

Of those buying an EV, 21 per cent said the PM’s announcement had swayed their decision because it guarantees their charging costs will remain relatively affordable for the next 24 months.

However, for the remaining members of the panel, the Government’s scheme had no influence, with 79 per cent claiming they would have bought an electric car anyway, even if the cap had not been introduced from 1 October.

What Car?’s research also surveyed buyers not in the market for an electric car.

Of them, 13 per cent said the announcement of the energy price guarantee has made them more comfortable with the idea of owning an electric car in the future, even if they’re not immediately in the market for one today. 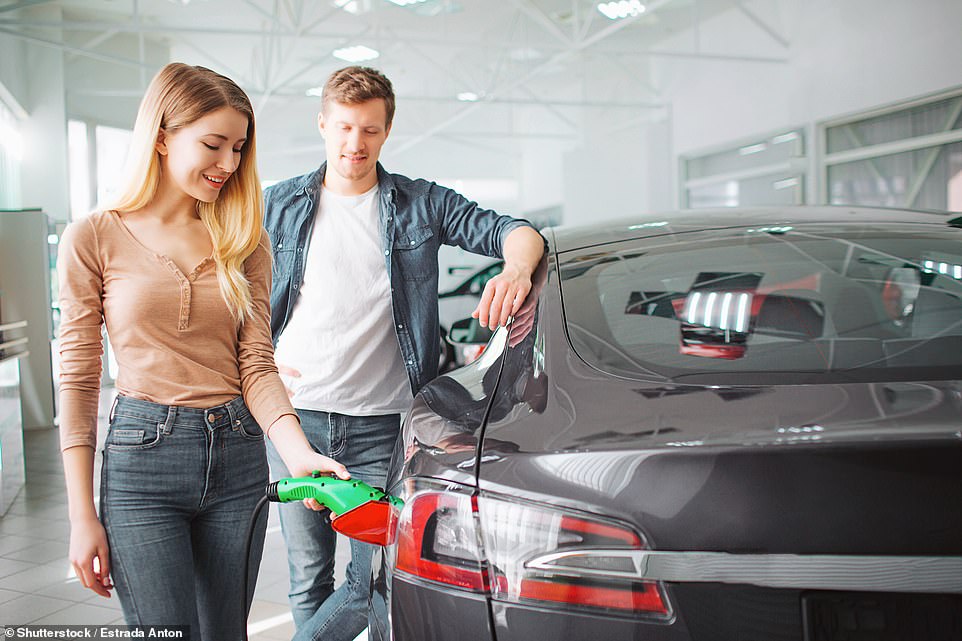 Of the electric car buyers surveyed, 21% said the assurance that their domestic electricity prices would not spiral for the next two years and continue to keep running costs cheaper than an equivalent petrol was a contributing factor for going green

Steve Huntingford, editor, What Car?, said: ‘The energy price cap has had an immediate reaction from car buyers, and shows how important Government support for the industry is.

‘Even with rising electricity prices, electric vehicles can prove very cost efficient to run and own, and if the industry is to become zero emissions by 2035, the technology must remain as attractive and affordable as possible.’

While the energy price guarantee will certainly make an electric car more appealing to those who can charge at home, those who have no other choice by to depend on the public charging network will not have the same level of protection from escalating EV running costs.

We’ve crunched the numbers to work out what the difference in costs will be for someone who charges an average EV at home compared to the public network. And how this compares to fuel bills for an equivalent petrol car…

What are the cost implications of not being able to charge an electric car at home?

To compare the costs of running an electric car, we have based our calculation for charging the popular Volkswagen ID.3 hatchback powered by a 58kWh battery offering a claimed full-charge range of 265 miles, which in the UK is priced from £36,195.

It’s important to note that our calculations are only for comparative purposes and subject to a variety of different factors.

For instance, electric car owners who have a charger at home and use their domestic tariff to cover the cost of boosting the batteries, costs can differ depending on the EV they own and its battery size, how many miles they drive, their charging device, the type of energy tariff they have and time of day they generally charge up. 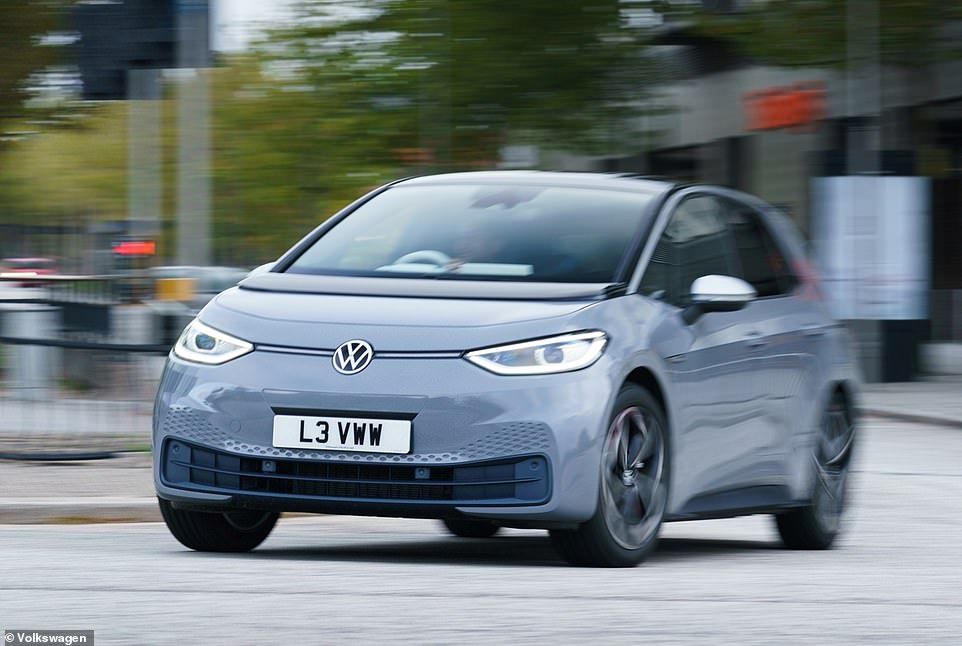 We have used the Volkswagen ID.3 with a 58kWh battery to estimate annual charging costs for someone who plugs in at home and those who rely on public infrastructure

Charging an average family EV at home: £752 per year

Nine in ten existing electric car owners in Britain have access to charging at home, according to Government figures. That means the energy price guarantee is big news for those who have already made the jump to an EV.

For our calculation, we have based the numbers on using a 7kWh homecharger, which is the most popular type of domestic device offered to customers today.

The energy price guarantee means electricity costs to the nearest pence for an average household on a default tariff paying via direct debit will be 34p per kilowatt hour with a standing charge of 46p per day.

This is much less than it was due to cost under Ofgem’s proposed energy price cap, which would have seen the unit rate for electricity soar to 52p per kWh from 1 October.

Based on the average Briton covering 10,000 miles per year, an owner of an ID.3 would need to charge their car at least 38 times, working out an annual running cost bill of £752. 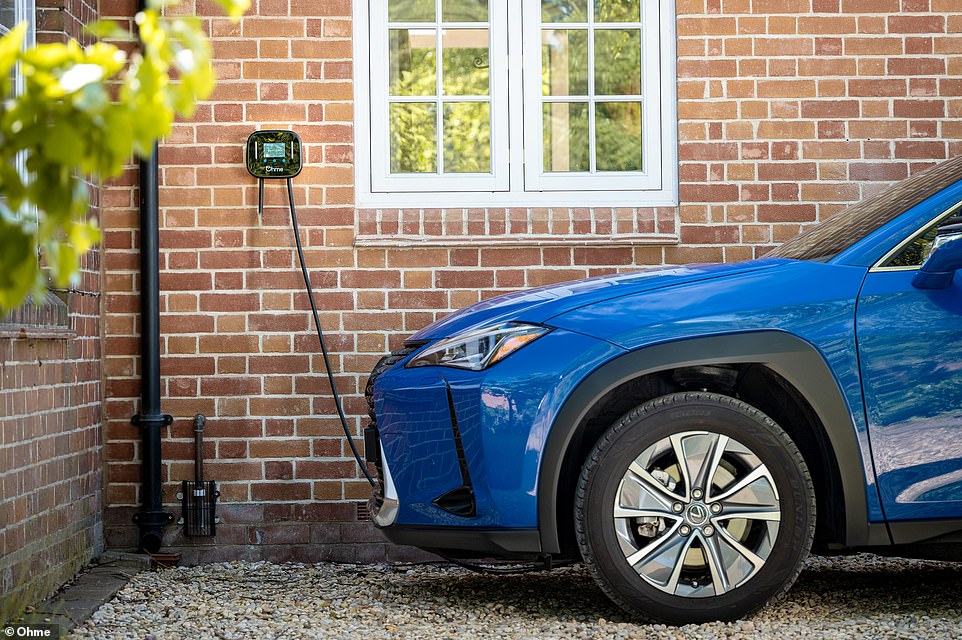 EV owners who charge at home will welcome the energy price guarantee. It means the average cost per kWh will be 34p when it was expected to soar to 52p under Ofgem’s energy price cap from 1 October

The above calculation is based on a worst-case scenario, with the likelihood that many EV drivers charge their cars overnight during cheaper off-peak periods and will have shopped around for the cheapest fixed rate energy deal that guarantees them lower domestic electricity pricing.

Some might have been fortunate enough to have taken advantage of EV-specific energy tariffs that have until recently been available to electric car drivers.

Numerous providers were offering these dedicated EV-tariffs a year ago, though almost all have been pulled from the market in response to the rising cost of energy – the latest being EDF Energy, which has cited ‘ongoing energy market volatility’ for closing availability to new customers in recent weeks.

Only Octopus Energy currently offers a low fixed-rate EV tariff, providing off-peak rates of 7.5p per kWh when charging an electric car during the hours of 11:30pm and 5:30am.

That’s 26.5p less during that six-hour window than the energy price guarantee of 34p per kWh from October.

Around a third of properties in the UK do not have off-street parking, which is why just 10 per cent of EV owners are those without a homecharger.

For EV drivers in this predicament, they are mostly reliant on the national network of public chargers, of which there are over 32,000 devices in the UK. But they’re much pricier to use compared to charging at home.

Almost every public charging operator has already increased their prices once this year in response to the wider energy crunch. 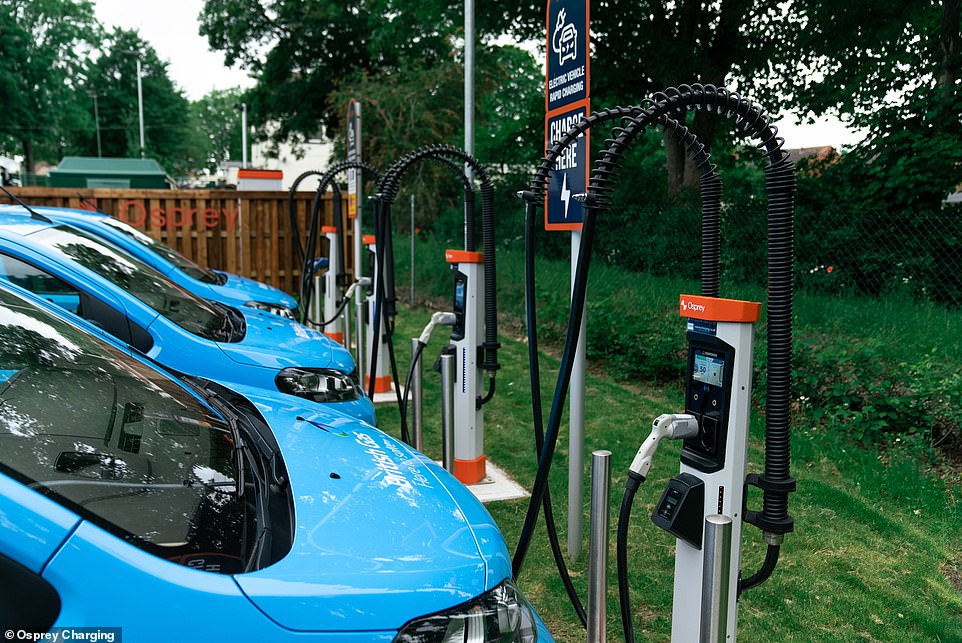 Osprey Charging is currently the most expensive public network operator. Its rapid device rate is a whopping £1 per kWh, which is 27p higher than the next priciest operator

Operator Osprey Charging hit headlines last month when it hiked its rates for a second time in just eight weeks to an eye-watering £1 per kWh, making it by far the most expensive network to use.

Source: Prices advertised by each operator on 07/10/22

**Prices vary depending on location. 60p represents most expensive example

A separate Government scheme should help to limit the rising price of public charging, but not for long.

The Prime Minister announced an Energy Bill Relief Scheme to provide a discount on wholesale electricty costs for all non-domestic customers – including public charging operators – from 1 October.

However, it will only remain in place until next March.

This should – in theory – prevent other operators following Osprey’s example for the short-term. Osprey’s boss said the company will revise its pricing as a result of the government’s package, though it has not yet budged on its £1 per kWh rate.

According to a market review by This is Money, the next priciest network operator Fastned, which currently charges 73p per kWh for pay-as-you-go customers to access its rapid devices.

At the other end of the spectrum, the cheapest – PodPoint chargers in Lidl and Tesco supermarket car parks – cost just 40p per kWh.

For our calculation, we used a rate of 61p per kWh, which is the average of the UK network prices we could find. Charging device speed used is a rapid 50kW charger.

Boosting the VW ID.3’s battery from 10 to 80 per cent charge – which is the typical session when using the public network – will take 48 minutes at a cost £25.

This will provide an additional 186 miles of range.

This would result in a total charging cost per annum of £1,350, which is £598 more than drivers with homechargers will be paying.

EV owners without off-street parking need to keep in mind that the Government’s Energy Bill Relief Scheme is only in place until March 2023. After that, charging costs could soar.

To compare the cost of running an electric car and petrol equivalent, we’ve calculated the fuel bills for a similarly-sized VW Golf family hatchback with a 1.5-litre petrol engine, which starts from a more affordable £25,950.

Of course, fuel prices are subject to daily fluctuation and always changing. Our calculation is based on the prices for Wednesday 6 October September, with the UK average for a litre of unleaded at 162.3p (according to RAC Fuel Watch).

The 1.5-litre petrol VW Golf we’ve used for comparative purposes has a 50-litre fuel tank and an ‘official’ range of just over 50mpg. It means it should be able to travel for 550 miles when brimmed with unleaded.

Based on current fuel prices it costs £81.15 to fill the tank of the popular family hatchback. 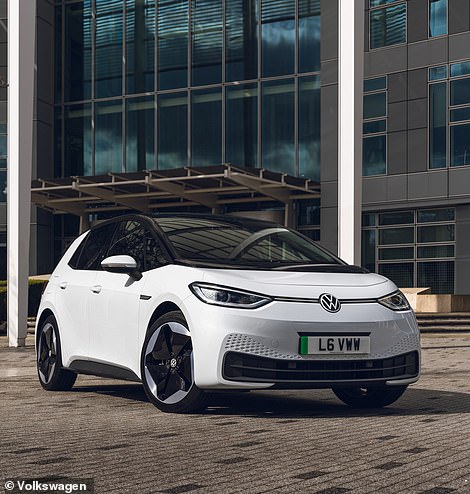 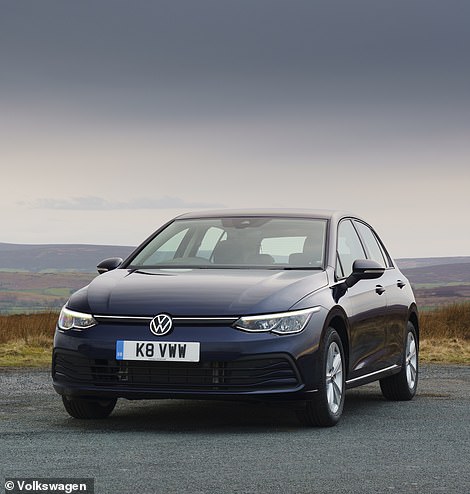 For comparative purposes, we have calculated the difference in annual home charging costs for an electric Volkswagen ID.3 (left) and yearly fuel bills for a petrol Volkswagen Golf hatchback (right)

That’s £790 more than the domestic charging costs for the electric ID.3, meaning EV owners who do have charging provisions at home will continue to save a substantial amount of money having switched away from petrol cars.

However, it is only £192 more than charging up via the public charging network.

This difference will likely fluctuate in the coming weeks and months, especially with the recent Opec+ decision to reduce oil production by two million barrels per day, which will mean fuel prices will likely rise in the short-term.

Time will only tell for how this will impact the cost difference between running an electric car versus an equivalent petrol.