Amputees could be able to use bionic arms with nothing but their thoughts within the next two years, Swedish researchers have said.

An implant system that allows the use of a bionic arm without the need for any supporting equipment is already available in Sweden, now the team behind it are working toward getting European certification to help more people.

Three Swedes who have had an amputation use the technology, which can connect to any arm prosthesis that is commercially available.

Three people in Sweden use an implant system that allows amputees to use a bionic arm with just their thoughts, Dr Max Ortiz Cataln (left) hopes the technology can be expanded to Europe in the next two years 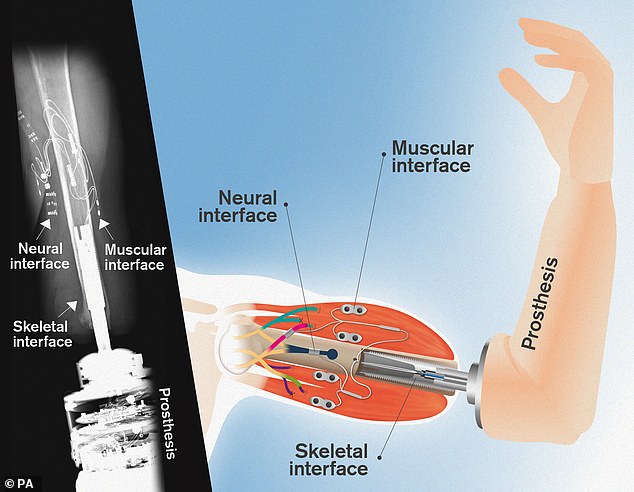 Dr Max Ortiz Catalan, an associate professor at Chalmers University of Technology in Sweden, said that their prosthesis could be a clinically viable replacement for a lost arm.

He told the PA news agency: ‘People in Sweden can have this technology now.

‘We were working to ramp up the production before the pandemic began.

‘We are aiming to have it CE marked soon, within two years, and once it is CE marked, it can be available in Europe as a product.’

Two of the three patients involved in their clinical trial have been using their bionic arms for around three years, while the third participant has been using his artificial limb for seven years. 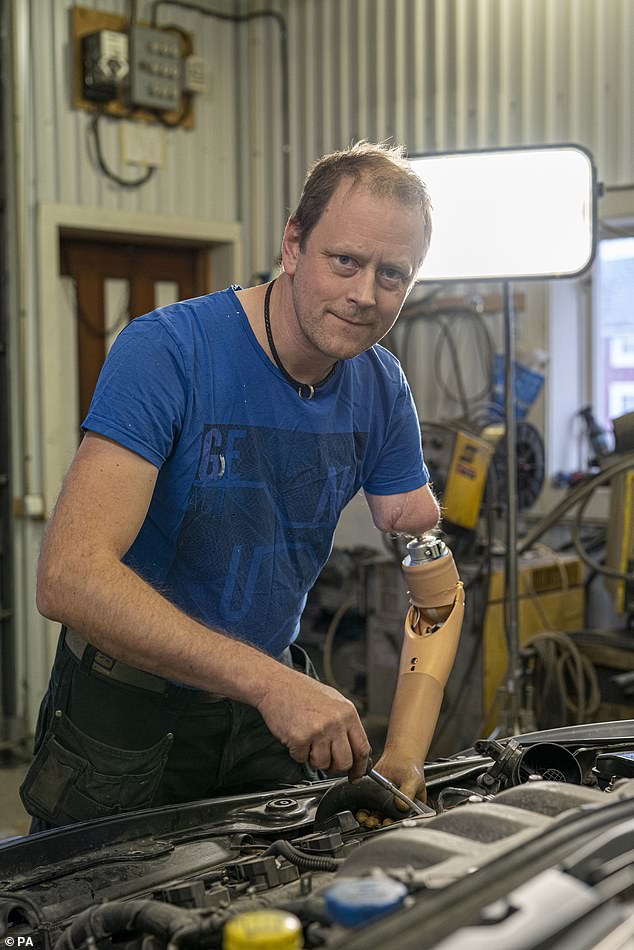 One of the Chalmers University of Technology patients can use the bionic arm while fixing a car, without any support equipment

A new functionality – the sensation of touch – has recently been added to all the three prosthetic arms.

Dr Ortiz Catalan said that the implant system, which anchors the prosthesis to the skeleton in the stump of the amputated limb, is stable and can be used for long periods of time without any intervention from the scientists.

He said: ‘The real breakthrough here is that this neuromusculoskeletal interface, as we call it, allows the artificial limb to be connected to the body.

‘And when you have that intimate connection between the technology and biology, you can have a better control and establish sensory feedback.’

According to Dr Ortiz Catalan, the system delivers sensations that feel like they are arising from the missing hand.

The implant system is self-contained, so patients do not need to carry additional equipment such as large computer backpacks or batteries. 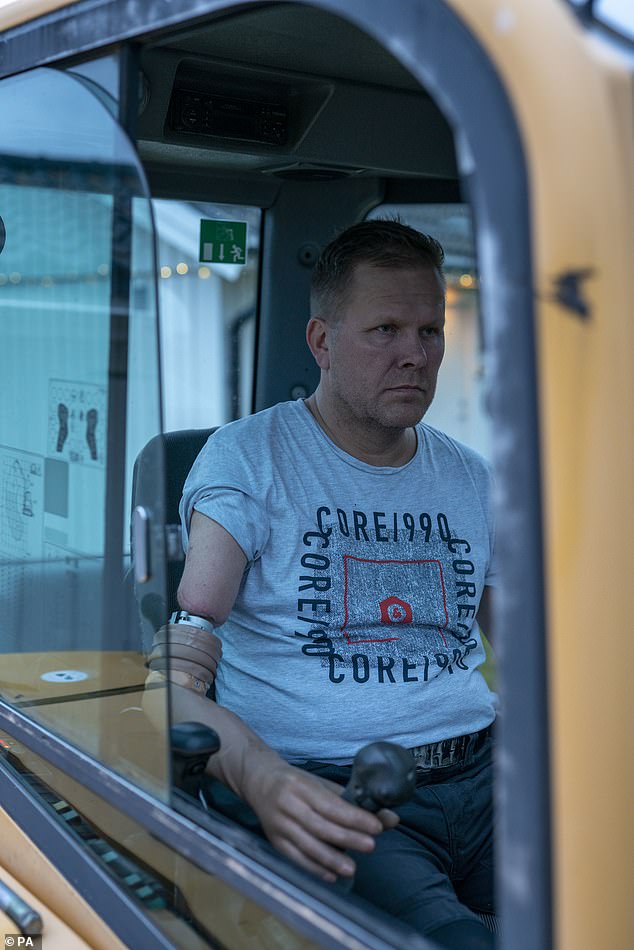 Three patients have started using the prosthetic implant, with researchers saying it can work for longer without the intervention of scientists

Electrodes fixed in the remaining muscle in the stump deliver sensory information, which allows users to have greater sensation and control over the hand.

Patients are able to feel when they are touching an object, its characteristics, and how hard they are pressing it, the researchers said.

Dr Ortiz Catalan said while the prosthetic is not as good as real hand it does allow people to be able to go about their daily lives.

He added: ‘We are not under the illusion that this technology is perfect – there is still long way to go.

‘In the meantime, we are looking to increase functionality by adding more sensations and more control.’