By Paul Thompson and Katie Feehan For Mailonline

Dozens of people have been evacuated after two houses collapsed in London.

Emergency services are at the scene in Durham Place, London, where fire crews worked through the night to secure the buildings.

Pictures from the scene show two mid-terraced houses in the Chelsea street have been completely destroyed and have collapsed to the basement.

Police have been seen setting up a cordon and the London Fire Brigade said at least 40 people have been evacuated from surrounding buildings.

A close neighbour told how he was woken in the early hours of the morning by what he thought was a loud thunderclap.

He said: ‘There was just a huge thud. I thought it was thunder but there was only the one loud thud. It wasn’t until the morning on my way to work that I saw the building had collapsed.

‘There were lots of police and the road was sealed off.

‘Workmen have been there for weeks excavating a basement. I don’t think anyone was in the property at the time but it is going to be very expensive to fix. 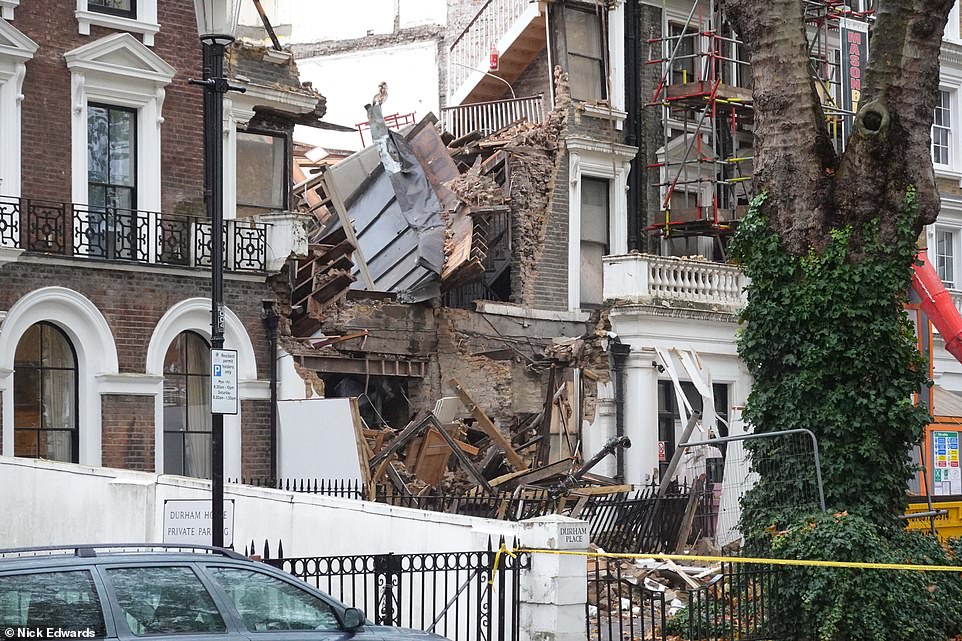 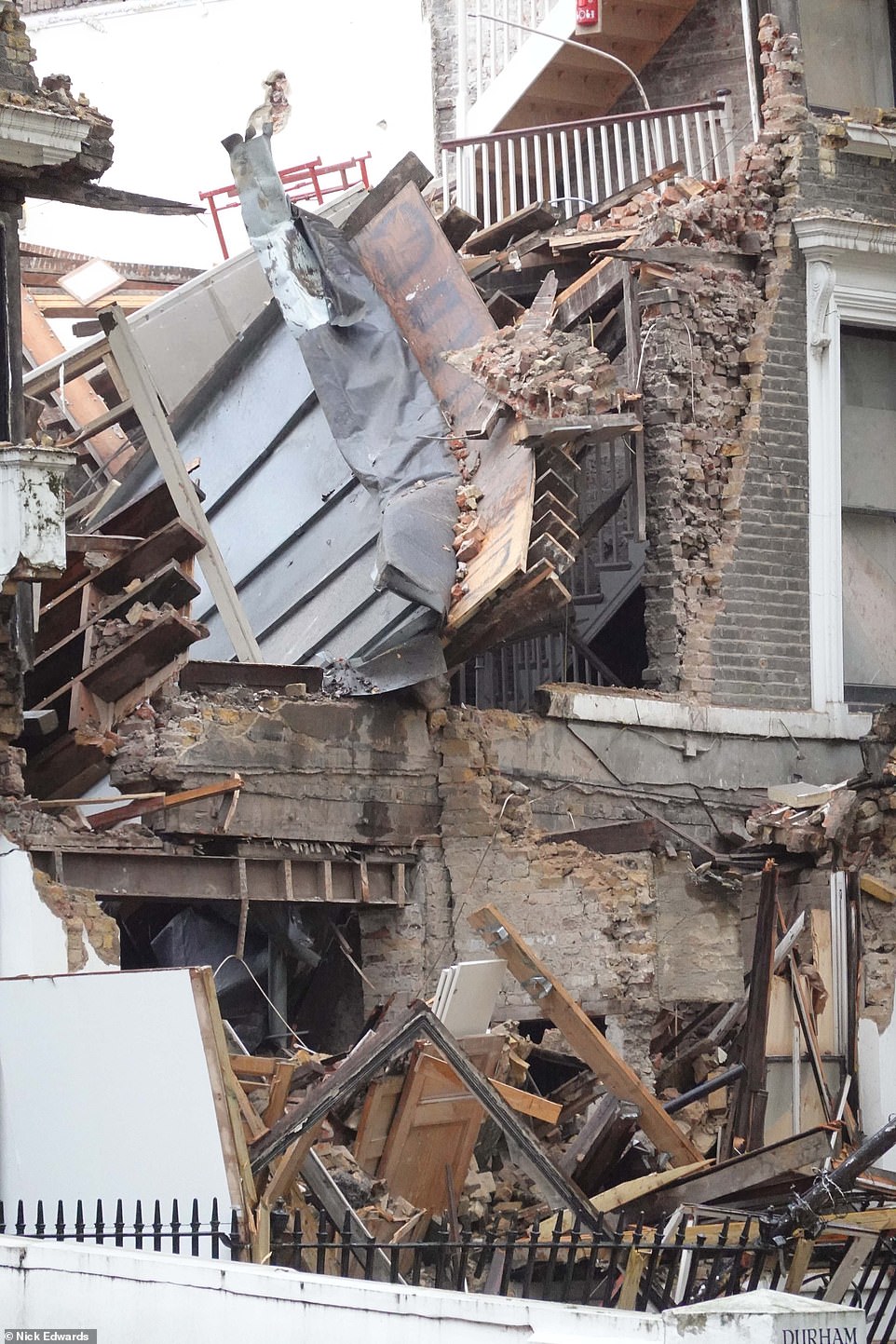 ‘The roof has just collapsed inwards and taken down the whole of the inside.’

Homes in Durham Place, a short distance from the Royal Chelsea Hospital, sell for over £10m. Many of the four-storey homes overlooking a private green are converted into flats.

The fire brigade have confirmed the two mid-terraced houses of four floors were under construction when they collapsed to the ground.

The Brigade’s Urban Search and Rescue crews worked to make the scene safe until 2am and there are no reported injuries at this stage.

Around 40 people were evacuated from neighbouring properties and a 25m cordon was put in place as a precaution by the Metropolitan Police Service.

Station Commander Jason Jones, who was at the scene, said: ‘There was a total collapse of the building from the roof to ground level.

‘Firefighters worked to make the scene safe and our drone team carried out a search.

‘A police search dog also carried out an external search of the building and at this stage, there are no reports of any injuries. Nobody is thought to have been inside the building at the time of the collapse.

‘Local road closures will remain in place this morning.’ 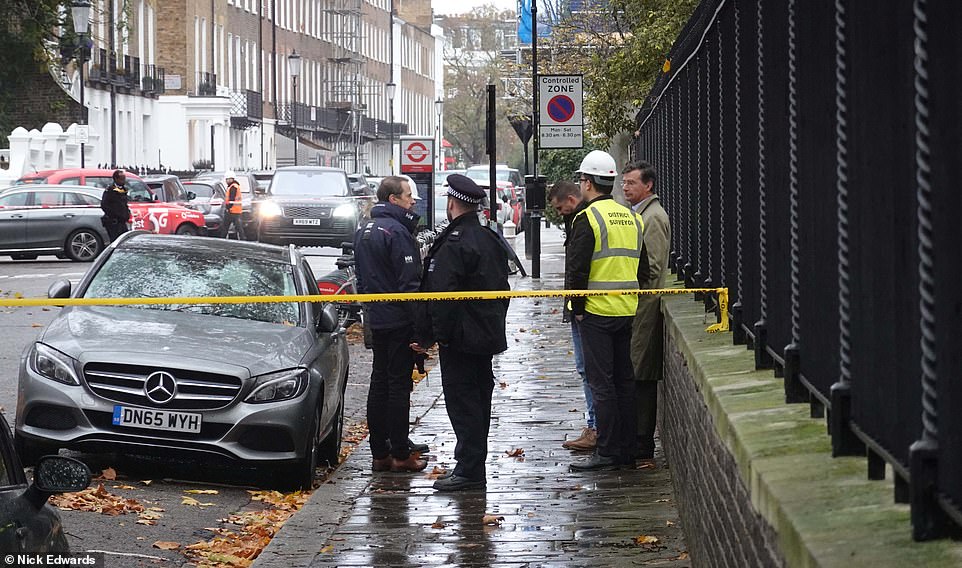 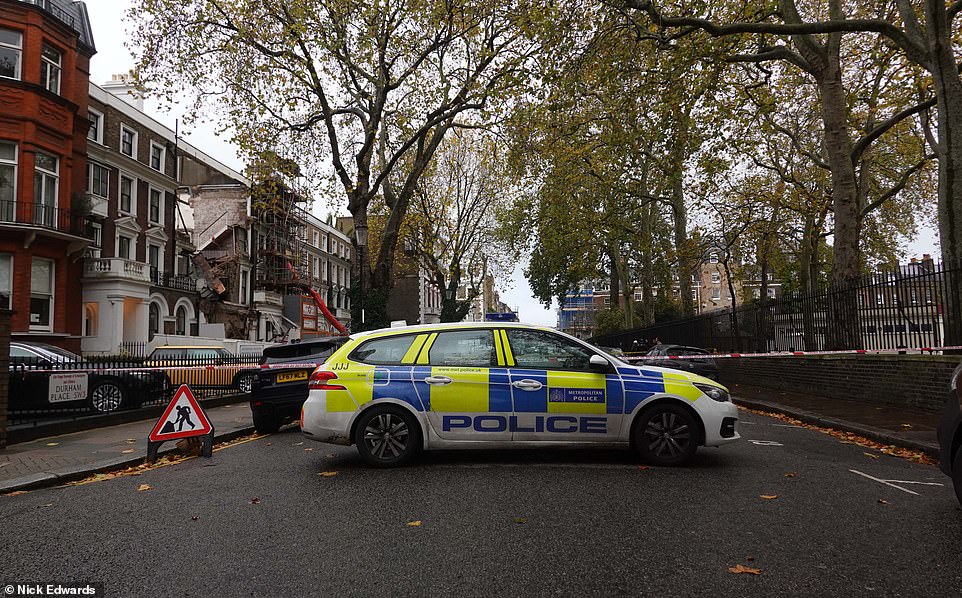 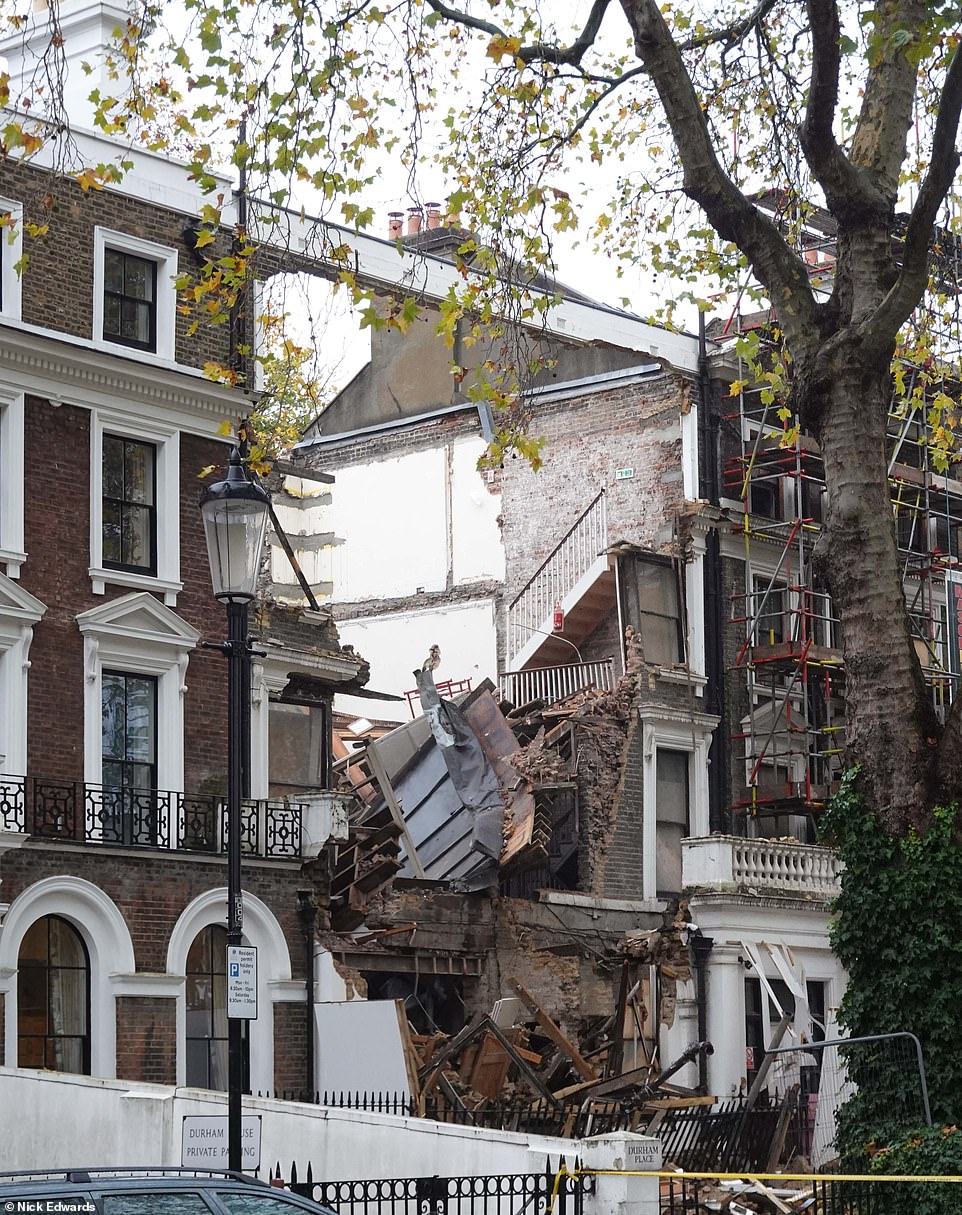 The fire brigade confirmed construction work was being carried out on the properties, said to be worth up to £10 million

The Metropolitan Police confirmed in a statement: ‘Police were called at 23:25hrs on Monday, 2 November, to reports of a building collapsed in Durham Place, SW3.

‘The occupants of neighbouring properties have been evacuated as a precaution.

‘At this stage, there are no reported injuries and nobody is thought to have been inside the building.

‘Emergency services remain at the scene.’

One fire engine from Chelsea Fire Station and three fire rescue units from Battersea, Sutton and Croydon fire stations were at the scene but have since left.

The building work was being carried out by Kapital Basements, a London-based company formed in 2009, who have been contacted for comment by MailOnline.