Tens of thousands of people with so-called ‘long Covid’ have had symptoms of illness for more than three months, new reports suggest.

Professor Tim Spector, who is leading the Covid Symptom Study app, said that 60,000 people have been ill for more than three months.

While some people have a mild form of illness, others have been seriously affected.

People affected with long-term symptoms have described how they have been previously fit and healthy and now they are confined to a wheelchair.

Tens of thousands of people with so-called ‘long Covid’ have had symptoms of illness for more than three months, leaving some people bedridden or wheelchair-bound

Breathlessness and fatigue have been reported by long-term sufferers and some have described how doing shopping or climbing stairs can leave them bed-ridden for days.

Prof Spector, professor of genetic epidemiology at King’s College London, told BBC Radio 4’s File On 4 that data from the app shows that around 300,000 people have reported symptoms lasting for more than a month – so called ‘long Covid’.

Up to 60,000 people reported having symptoms for more than three months.

On Monday, Health Secretary Matt Hancock said that some people were still experiencing symptoms six months after contracting the virus. 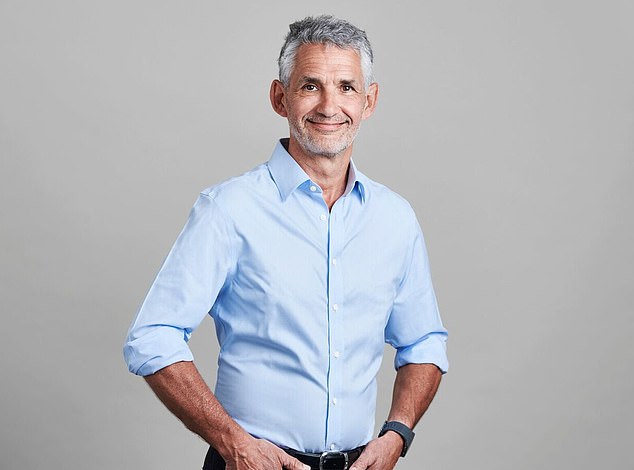 Prof Spector, professor of genetic epidemiology at King’s College London, told BBC Radio 4’s File On 4 that data from the app shows that around 300,000 people have reported symptoms lasting for more than a month

But Professor Spector said he is ‘frustrated’ that data from the app is not being more widely used.

‘There’s a big danger these (people) might end up being forgotten,’ he told File On 4.

The Royal College of GPs has said there should be a national network of clinics to help people who need care and rehabilitation after Covid.

File on 4 asked clinical commissioning groups (CCGs) and health boards across the UK whether they had set up post-Covid clinics for patients who were not admitted to hospital with the virus.

Many patients will be seen by their GP, or existing services.

However, for those not tested for coronavirus or with a negative result, receiving help has proven difficult.

Elly MacDonald, 37, from Surbiton, south-west London, was training for the London Marathon when she developed Covid symptoms on 21 March.

But five months later, she is still suffering from breathlessness and extreme fatigue but has not received a positive test result.

She changed her GP practice after feeling she wasn’t being helped.

Respiratory symptoms and conditions such as chronic cough, shortness of breath;

Lung problems including inflammation and scarring;

Protracted loss or change of smell and taste;

Inflammatory disorders such as muscle pain;

Problems with the lymph nodes and skin rashes.

‘Just knowing that I actually have people who are taking me seriously … that’s been very important for my recovery,’ she told The Guardian. ‘I just want my life back.’

Lynne Turner Stokes, professor of rehabilitation medicine at King’s College London, told File On 4 the website had some ‘good resources’ but that ‘we have to do much more’.

A spokeswoman for the NHS in England said: ‘At the same time as treating more than 108,000 coronavirus patients and keeping other vital services running throughout the pandemic, the NHS has played a leading role in patient recovery and scientific discovery which is saving lives here and around the world.

‘While experts globally continue work to understand more about the short and long-term impact of this new disease, NHS teams are rapidly expanding aftercare and support to all patients who need it.

‘This includes new and strengthened rehab centres and community services providing tailored treatment in every part of the country, such as the first of its kind Seacole centre, and a new online health advice and support platform, which patients said they wanted to help them recover at home.’

It comes as new guidance published on the Government website sets out some of the long-term health effects for some people who have had Covid-19.

The guidance states that around 10% of mild coronavirus cases who were not admitted to hospital have reported symptoms lasting more than 4 weeks.

And a number of people admitted to hospital reported continuing symptoms for eight or more weeks following discharge.