By Jonathan Kanengoni For Mailonline

A major rescue operation is underway after a cable bridge collapse in the Morbi area of Gujarat, Western India has left at least sixty people dead on Sunday evening.

Video footage has emerged of the collapse of the bridge, which was carrying hundreds of people. leaving many on the bridge clinging on desperately for safety. 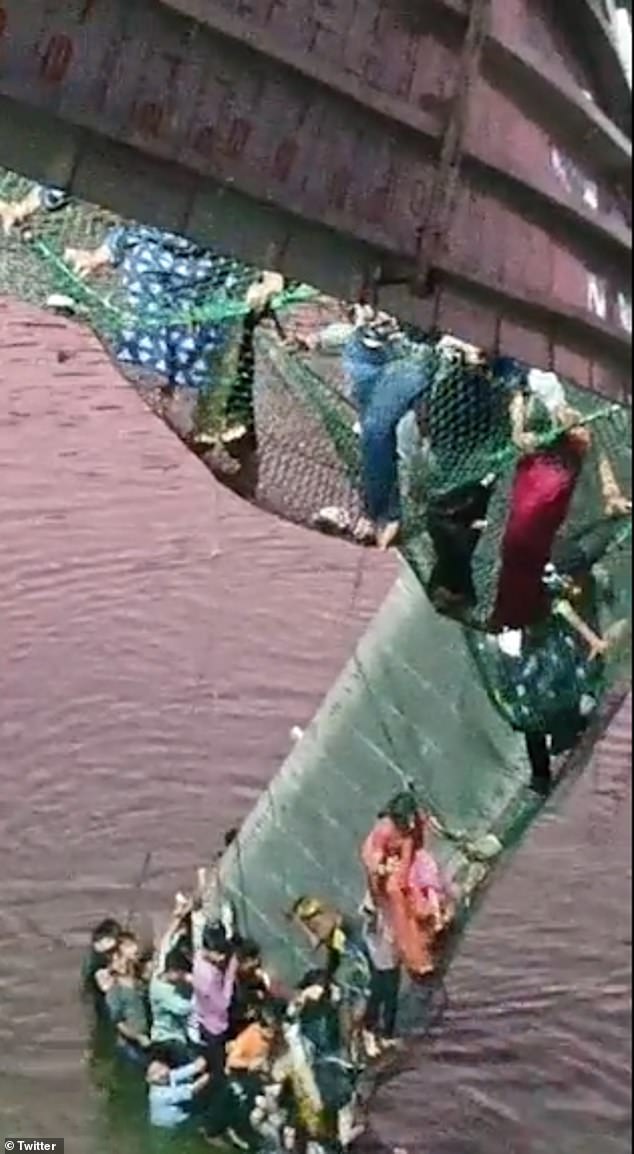 India’s Prime Minister Narendra Modi tweeted: ‘I am deeply saddened by the tragedy at Morbi. Talked to Gujarat Chief Minister Shri and other officials about this.

‘Relief and rescue operations are going on in full swing and all necessary assistance is being provided to the affected.’

Chief Minister of Gujarat Bhupendra Patel tweeted: ‘I express my condolences to the families of the citizens who lost their lives in the tragedy of Morbi.

‘The state government will provide Rs 4 lakh to the family of each deceased and Rs 50,000 to the injured.’

‘The news of the accident due to the breakdown of the cable bridge on the Machhu river in Morbi, Gujarat is very sad.

‘Taking quick cognizance of the incident, the Gujarat government and administration have given necessary guidelines for relief and rescue. I wish the injured a speedy recovery.’

This is an ongoing breaking story and will be updated.