5G network could leave UK open to security risks such as spying and sabotage, MPs warn

By Larisa Brown, Defence And Security Editor For The Daily Mail

The introduction of the 5G network will open up the UK to security risks such as espionage, sabotage and system failures, MPs have warned.

The Commons defence committee said there would be a ‘greater surface for illicit actions’ as more devices are connected to the internet.

In a report on the security of 5G, the MPs said Britain ‘must not surrender our national security for the sake of short-term technological development’. The range of firms supplying equipment is not diverse enough, they added.

The introduction of the 5G network will open up the UK to security risks such as espionage, sabotage and system failures, MPs have warned

Boris Johnson announced a U-turn on Chinese firm Huawei in July, banning it from having a role in building the UK’s 5G network. British telecoms companies were told to remove the firm’s equipment from the network by 2027 and to stop buying new 5G equipment from it.

The committee said there was ‘no doubt that Huawei’s designation as a high-risk vendor is justified’.

They concluded that it ‘poses a significant security risk to individuals and to our Government’.

The MPs noted: ‘Even with the inclusion of Huawei the market was “sub-optimal” and the Government’s decision to remove Huawei completely from 5G by 2027 poses a risk that could potentially result in an even less diverse market, which could bring security and resilience concerns of its own.’ They wrote: ‘We share the Government’s objective that the UK remains at the forefront of the 5G rollout as we move into the next technological era. 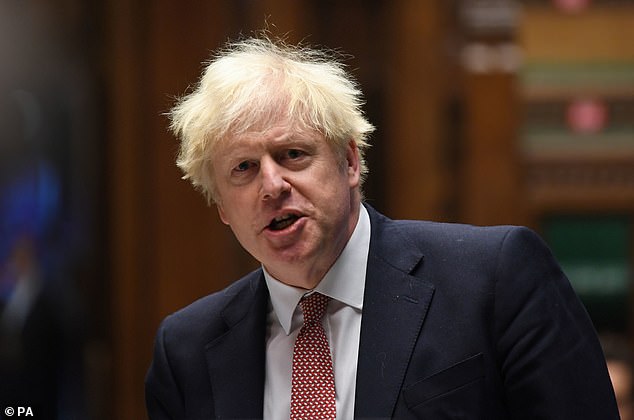 Boris Johnson announced a U-turn on Chinese firm Huawei in July, banning it from having a role in building the UK’s 5G network

‘However, 5G will increase our reliance on mobile connectivity and this represents a security risk whether from “espionage, sabotage or system failure”.

‘Many more items will be connected to the internet through 5G meaning a greater surface for illicit actions which represents a risk to individuals as well as to defence and government.’ MPs also said there is evidence that the UK and its allies face ‘many malicious cyberattacks both from rogue individuals and state-sponsored attacks from states such as Russia and China’.

The report said: ‘These attacks are diverse in their nature and in their aims. Some attacks aim to steal individual data and state secrets whilst others seek to bring down the network in its entirety.’ The committee called on the Government to work with allies to formulate a system to provide accountability for perpetrators of international cyber-attacks. 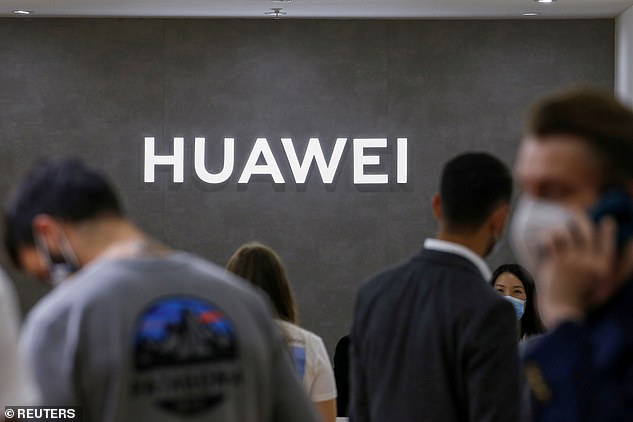 It backed the proposal to form a ‘D10 alliance’ of the world’s 10 largest democracies to provide alternatives to Chinese technology.

Tory chairman Tobias Ellwood said: ‘Protecting the public and preserving our nation’s security are amongst the principle responsibilities of Government. The decision to embed a technology that compromises this would constitute a gross dereliction of these duties.

‘The west must urgently unite to advance a counterweight to China’s tech dominance. As every aspect of our lives becomes increasingly reliant on access to data movement we must develop a feasible, practical and cost-effective alternative to the cheap, high-tech solutions which can be preyed upon and which come stooped with conditions which ensnare a state into long-term allegiance to China.

‘We must not surrender our national security for the sake of short-term technological development. This is a false and wholly unnecessary trade-off.’ He added: ‘The Government’s decision earlier this year was a step in the right direction. However, current regulations are porous and legislation lacks teeth, continuing to allow telecoms companies to prioritise profit over the public and the nations’ security.

‘The Government must ensure that legislation is airtight, leaving no room for companies to slip through the cracks.’ 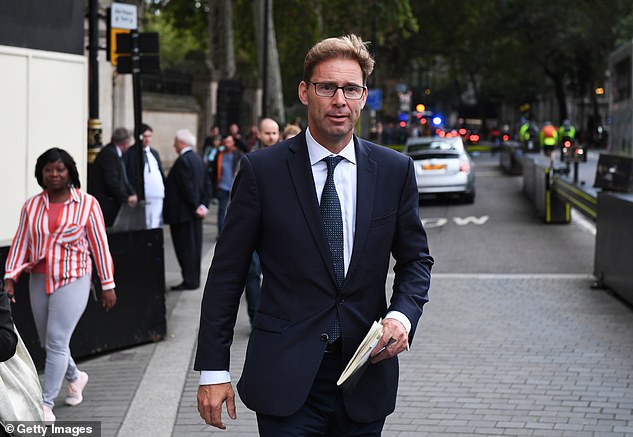