EXPRESS INFORMER > News & Politics > $515m is STOLEN from crypto exchange FTX in matter of hours. Is it hackers or an inside job?

Internet sleuths have discovered that $515 million has disappeared from the accounts of collapsed crypto exchange FTX under ‘suspicious circumstances.’

Company founder Sam Bankman-Fried resigned from FTX on Friday, as the crypto exchange filed for bankruptcy and reports emerged that, separate to the missing $515 million, up to $2 billion in client funds had vanished from the company’s books in recent weeks.

Nick Percoco, chief security officer of Kraken, was among the industry officials seemingly piecing the situation together. He said in a tweet: ‘We know the identity of the user’ who withdrew the funds from FTX.

Enthusiasts invested in the manic crypto episode also took it upon themselves to examine public records and find out who may have hacked or stolen the millions of dollars.

At the time of writing, Percoco has not elaborated further as to whether or not the withdrawal was the work of a hacker. Multiple reports have pointed out that the methods used to withdraw the money bear the hallmarks of a hacker.

Meanwhile, FTX’s new Chief Executive John J. Ray III, known for guiding Enron through bankruptcy in the 2000s, said on Saturday that the company was working with law enforcement and regulators to mitigate the problem, and was making ‘every effort to secure all assets, wherever located.’ 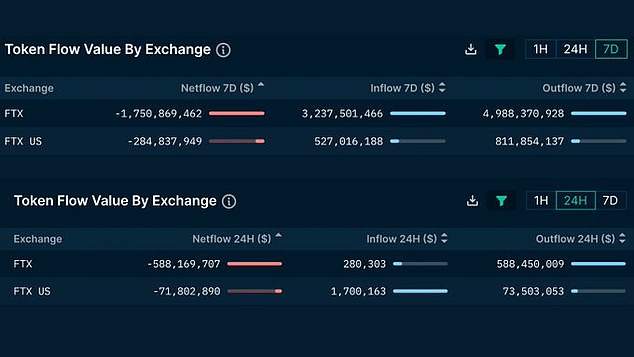 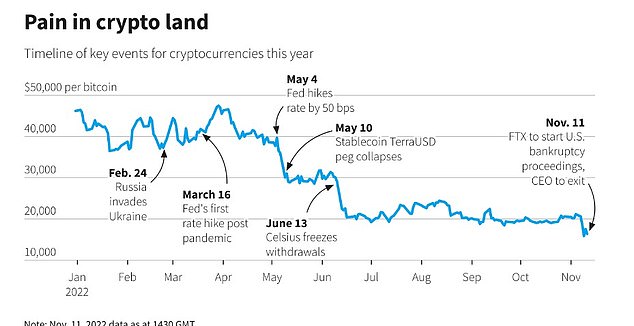 A graphic illustrating the plunging price of Bitcoin 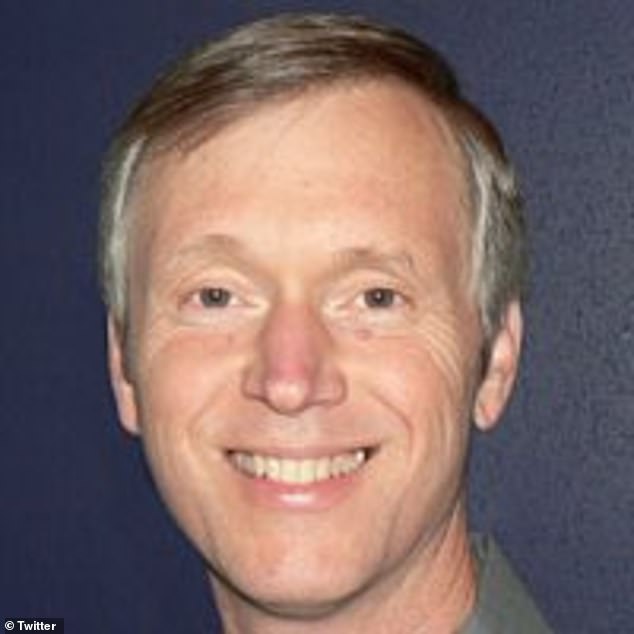 Following the owner’s resignation, the company turned John J. Ray III, who is best known for guiding Enron through bankruptcy in the 2000s 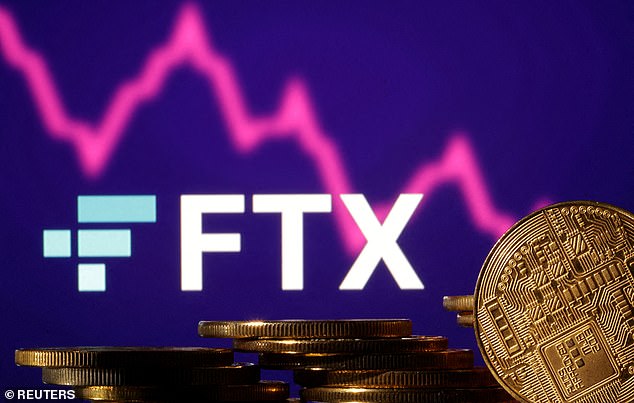 FTX, the troubled cryptocurrency exchange, filed for bankruptcy after a stunning financial implosion exposed concerns about its handling of customer funds and rocked broader crypto markets

‘Among other things, we are in the process of removing trading and withdrawal functionality,’ he said.

It’s reported that Bankman-Fried, known for regularly wearing t-shirts and shorts, is holed up in the Bahamas as his empire continues to crumble. DailyMail.com has reached out to Bankman-Fried for comment.

In 2022, Bankman-Fried was one of the biggest donors to the Democratic Party.

On Saturday, Ryne Miller said in a Twitter post that the firm’s digital assets were being moved into so-called cold storage ‘to mitigate damage upon observing unauthorized transactions.’

Cold storage refers to crypto wallets that are not connected to the internet to guard against hackers.

Miller earlier tweeted that he was ‘investigating abnormalities with wallet movements related to consolidation of FTX balances across exchanges.’

Bankman-Fried had transferred $10 billion of customer funds to his trading company, Alameda Research.

The company is run by Bankman-Fried’s girlfriend, Caroline Ellison.

A large portion of that total has since disappeared, they said. One source put the missing amount at about $1.7 billion. The other said the gap was between $1 billion and $2 billion.

Blockchain analytics firm Nansen said it saw $659 million in outflows from FTX International and FTX U.S. in the last 24 hours.

A separate blockchain analytics firm Elliptic said that around $515 million worth of cryptoassets were ‘suspected to have been stolen,’ while $186 million were likely moved into secure storage by FTX.

The firm described the movement of the funds as ‘suspicious.’

Crypto exchange Kraken said: ‘We can confirm our team is aware of the identity of the account associated with the ongoing FTX hack, and we are committed to working with law enforcement to ensure they have everything they need to sufficiently investigate this matter.’

Ray, a restructuring expert, was appointed to take over as CEO. 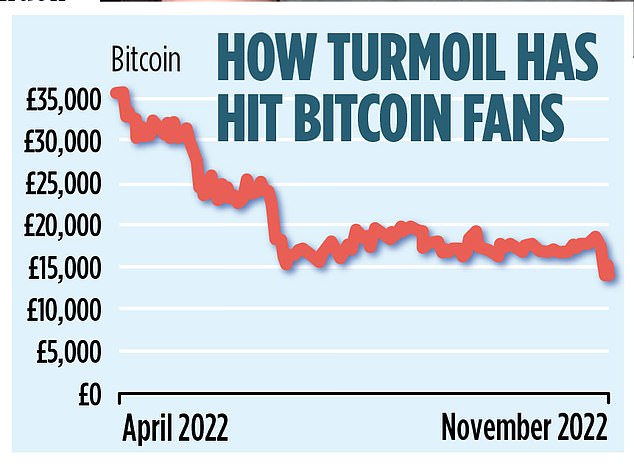 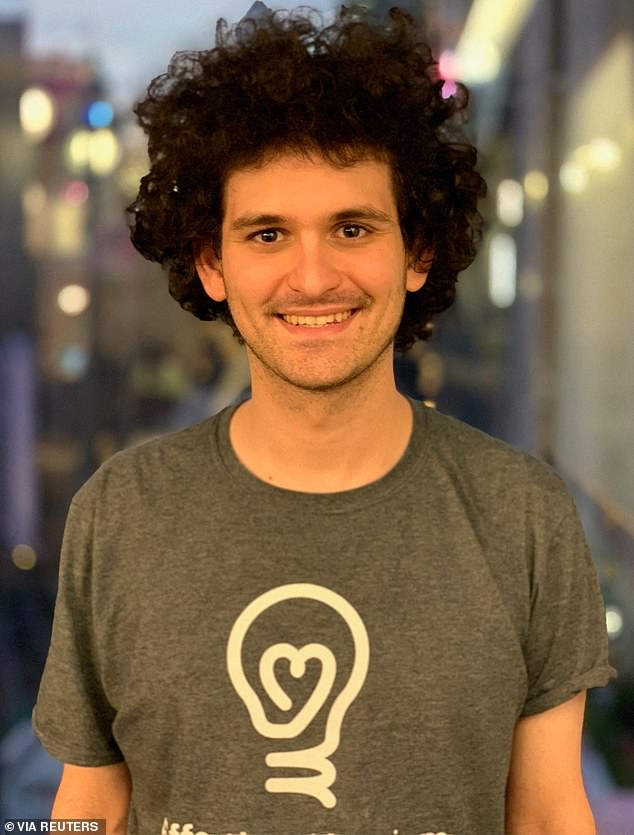 Bankman-Fried, once hailed as the ‘poster boy’ for crypto, faces bankruptcy after the company’s meltdown 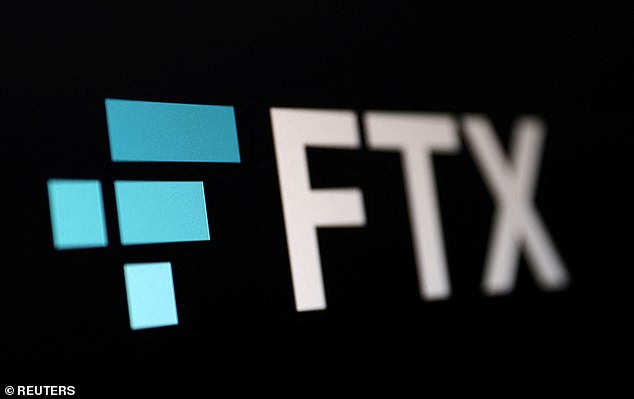 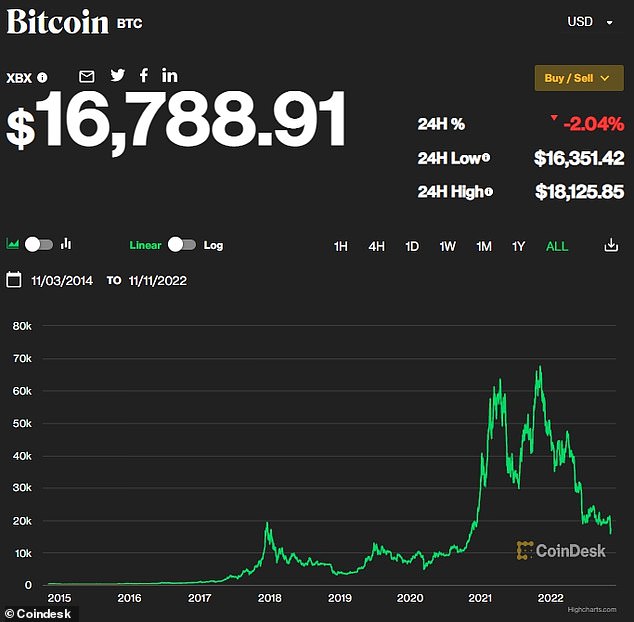 A document that Bankman-Fried shared with investors on Thursday showed FTX had $13.86 billion in liabilities and $14.6 billion in assets, according to Reuters.

However, only $900 million of those assets were liquid, leading to the cash crunch that ended with the company filing for bankruptcy.

In a tweet on Friday, Bankman-Fried said he was ‘piecing together’ what had happened at FTX.

‘I was shocked to see things unravel the way they did earlier this week,’ he wrote. ‘I will, soon, write up a more complete post on the play by play.’

Bitcoin fell below $16,000 for the first time since 2020 after Binance abandoned its rescue deal for FTX on Wednesday.

FTX’s token FTT plunged by around 91% this week. Shares of cryptocurrency and blockchain-related firms have also declined.

‘We believe cryptocurrency markets remain too small and too siloed to cause contagion in financial markets, with an $890 billion market cap in comparison to U.S. equity’s $41 trillion,’ Citi analysts wrote.

‘Over four years, FTX raised $1.8 billion from venture capital and pension funds. This is the primary way financial markets could suffer, as it may have further minor implications for portfolio shocks in a volatile macro regime.’

The U.S. securities regulator is investigating FTX.com’s handling of customer funds, as well its crypto-lending activities, a source with knowledge of the inquiry said.

Hedge fund Galois Capital had half its assets trapped on FTX, the Financial Times reported on Saturday, citing a letter from co-founder Kevin Zhou to investors and estimating the amount to be around $100 million.