Often portrayed as the ultimate caveman, Neanderthals have been thought of as tough brutes that quickly went extinct with the arrival of modern humans. But the true story of Neanderthals is more intriguing. As revealed in The Real Neanderthal, a new documentary from The Nature of Things, they were more intelligent, emotional, caring and artistic than we thought.

They were expert hunters

With hunched shoulders, a drooping face and holding a club, artists have depicted Neanderthals as simple dummies.

But new research shows nothing could be further from the truth. Their adaptability in hunting techniques and varied diet helped them to survive. They ate nuts, vegetables and grains — in addition to meat — depending on where they lived. And the discovery of a 400,000-year-old spear fragment, along with younger intact spears, suggests it was their weapon of choice for hunting.

Simple in design, the Neanderthal spear was carved with stone tools and was thought to be a short-range weapon, used only within five metres of their prey. But to paleolithic archeologist Annemieke Milks, that didn’t make sense. “They would have had to disadvantage the animals first in some way,” she said. “They would have been putting themselves in very dangerous situations with great frequency.” So she put the ancient weapon to the test. 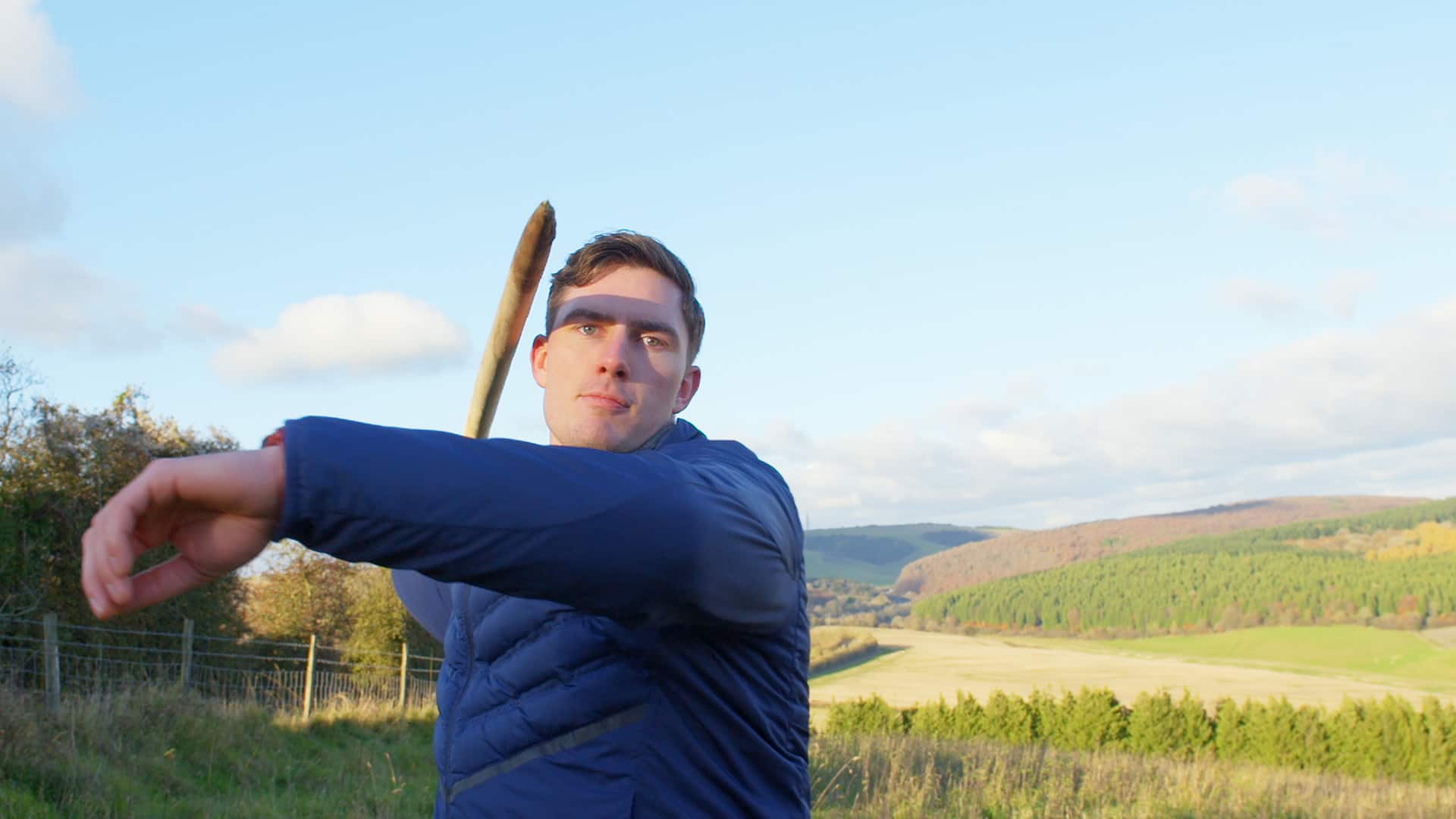 Archeologists, using tone tools, reconstructed a Neanderthal spear, and tested it with a world-class javelin thrower. The result shows the spear was a powerful weapon in the hands of a skilled hunter. 1:56

The spear performs more like a modern-day javelin and can be thrown accurately from a long distance. With practice, a Neanderthal hunter would be able to take down prey from an impressive distance.

They lived with family and cared for their sick

Around 50,000 years ago, a Neanderthal was hurt — badly. From remains discovered in Shanidar Cave in Iraq, it’s clear the individual had serious injuries. His leg and foot were wounded, probably giving him a limp; he had an amputated arm with multiple fractures; and he was partly deaf. In addition, his skull received a crushing blow, likely impairing his vision. But Penny Spikins, a paleolithic archaeologist at the University of York in the U.K., discovered something even more remarkable about the Neanderthal: he survived with his injuries for more than a decade.

As debilitating as his injuries seemed, they show signs of healing, and it’s thought he lived to age 40 or 50. He received a surprising level of care and support from his clan-mates. 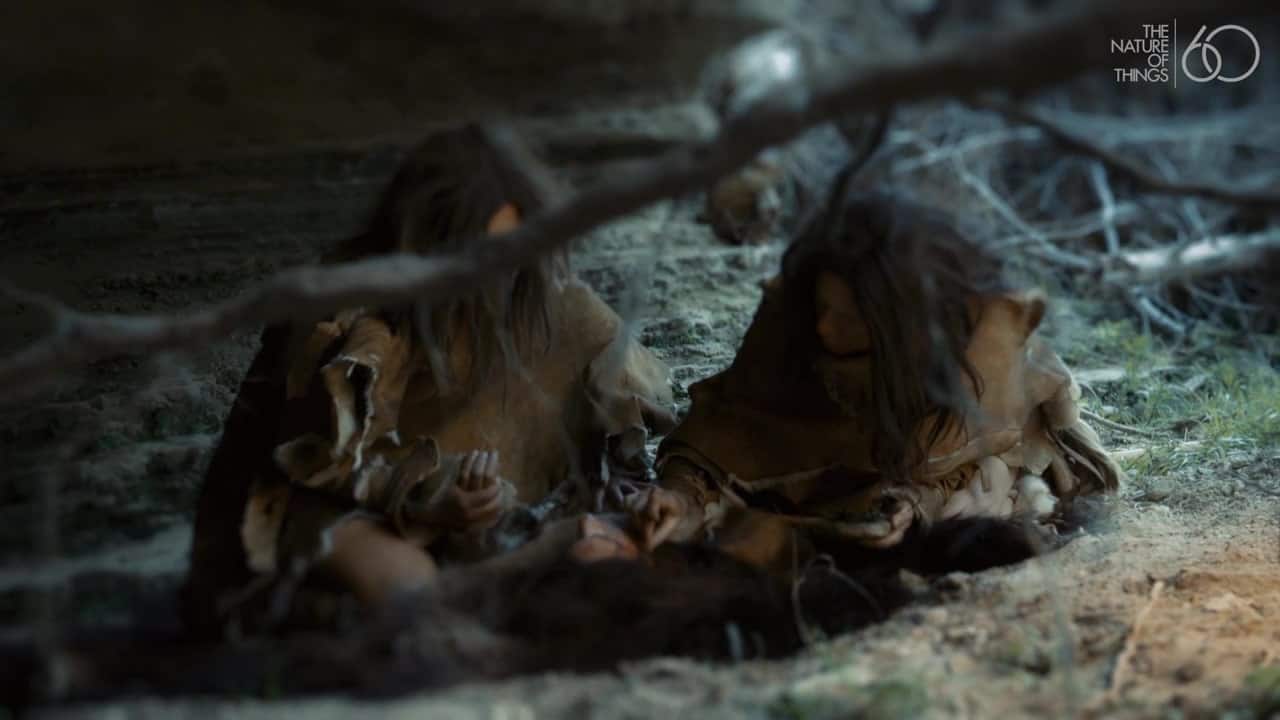 The ancient bones of Neanderthals show signs of considerable medicinal knowledge; they used natural painkillers and antibiotics to relieve pain and induce healing. “In many cases, they’ve got such severe illnesses that those around them will only have been treating them to … remove the pain and make them feel better,” said Spikins. “There’s no real incentive for them to economically or practically look after these individuals. They’re doing so because they care deeply.”

Neanderthals might have been some of the world’s first artists

Caves all over Europe are covered with prehistoric art, showing that its inhabitants were capable of abstract thinking.

But one paleontologist wanted to look a little deeper. Genevieve von Petzinger, from the University of Victoria, pored over paleolithic rock paintings from all over Europe and found what was hiding in the paintings was the most fascinating.

What she discovered among the depictions of humans and animals were geometric markings, “like lines, circles and dots,” said von Petzinger. “I just wanted to know more.”

After documenting paintings in 52 European caves, von Petzinger might have uncovered the earliest form of graphic communication. Because certain symbols were used over and over, it’s clear to her the markings conveyed messages. “These were purposeful marks,” she said. “There’s no way that these weren’t meaningful. I have no doubt that they knew exactly what they were saying.”

While many experts previously believed the first prehistoric cave art dates to around 40,000 years ago, researchers have discovered paintings in Spain that are more than 64,000 years old — at least 20,000 years before modern humans ever set foot in Europe. This art could only have been made by Neanderthals, confirming them as Europe’s, and possibly some of the world’s, first artists.

We had a lot of time to get to know Neanderthals

About 600,000 years ago, Homo sapiens and Neanderthals shared a common ancestor, but as the two species split, Neanderthals roamed across parts of Europe and Asia, where they thrived as the dominant humanoid species for over 400,000 years, living in small nomadic tribes.

But starting around 35,000 years ago, Neanderthals disappeared. For a long time, it was believed the arrival of Homo sapiens in Europe spelled the quick demise of Neanderthals. But recent discoveries suggest the oldest evidence of modern humans living in Europe dates to over 45,000 years ago, overlapping with Neanderthals for at least 10,000 years before they were gone.

Our species and Neanderthals had at least 10 millennia of cultural and behavioural interaction. And it’s now clear Neanderthals shared much more with modern humans than just culture.

We all have a little Neanderthal in us

It appears in the thousands of years of sharing the land and intermingling with Neanderthals, Homo sapiens got up close and (very) personal with their cousins.

In 2010, scientists sequenced the Neanderthal genome from bone fragments and compared it to modern humans. This proves that in the more than 10,000-year overlap Homo sapiens had with Neanderthals, culture wasn’t the only thing we shared — DNA was too.

Today, all humans of non-African descent have about two per cent of Neanderthal DNA in their genome — a parting gift from our distant cousins. But a recent study found people of African descent carry Neanderthal DNA as well — just under 0.5 per cent of their genome. It’s believed the Europeans who migrated back to Africa over the last 20,000 years carried the genes with them.

The story of Neanderthals is being rewritten. From their intelligence and abstract thinking to their emotional lives, our distant cousins were not the oafish cavemen we’ve been led to believe — and they still walk among us today.

Watch The Real Neanderthal on The Nature of Things.