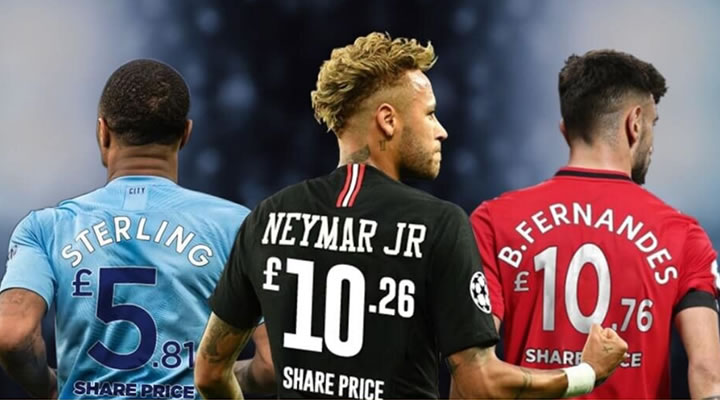 Part of the magic of Football Index is that football traders can be rewarded even when it’s not Match Day. One of the platform’s most exciting features is its Media Day dividends, formerly known as Media Buzz. On top of their players’ performance scores during games, traders can earn dividends for every mention of their players’ names in the media.

The rationale is fairly simple: Football Index has certain parameters for assigning daily media scores to players. The more often the player is mentioned on news sites that Football Index monitors, the higher their Media Day Dividends score is. Each regular media day ends at midnight, after which payouts are rewarded to the three most buzz-worthy footballers. On Match Days for Football Index’s eligible matches, however, only the player with the highest media score will earn dividends.

Once you’ve begun your trading journey using a Football Index referral code, you’ll have the chance to reap Media Day dividends 365 days a year. Learn how you can potentially get these lucrative Media Day payouts on your player shares with these five awesome tips.

It’s a given that if you want to win money from media buzz, you have to stay updated on what’s being shown on football-related media. That should give you an eye for the footballers who generate the most buzz and for which reasons.

It all starts with following the news sites that comprise Football Index’s news network. These are the ones that you should watch the most closely, in alphabetical order:

With this in mind, you should regularly tally your players’ media scores and get the pulse on what their next headlines may be. This will get you on the nose about which players and events can earn Media Day dividends most frequently.

Have Premier League Players Represented in Your Portfolio

Aim to have the most successful clubs represented in your portfolio. There’s no going wrong with the Premier League’s “Big Six”: Manchester United, Manchester City, Arsenal, Chelsea, Liverpool, and Tottenham.

Though Premier League players should have the strongest presence in your portfolio, you shouldn’t neglect newsmakers from foreign leagues. Take note of players from clubs in La Liga, Serie A, or Bundesliga who are sure to generate headlines from Football Index’s English-language news outlets.

If Media Day dividends are what you have your eye on, make it your goal to acquire media-worthy player shares from other leagues. You’ll be rewarded for representing especially big footballing personalities, like Cristiano Ronaldo and Neymar.

Take Note of the Team Positions That Create the Most Buzz

Team positions are also a big factor in Media Day scores. It’s no secret that the media generally favours goalscorers, as they comprise most of the headlines. Defenders, on the other hand, are likelier to end up in the news for bungled performances. And based on analytics for Football Index’s most talked-about footballers, midfielders are even less likely to be in the spotlight than defenders.

For sure, you will still want defenders and midfielders in your portfolio to reap you In-Play dividends on match days. But if getting Media Day dividends is your priority when trading on Football Index, then get shares from players who are reliable strikers.

There’s one very special time of the year that’s like Christmas for Football Index Media dividends: the transfer window. This is when you can already anticipate constant media buzz and exciting levels of high trading activity on the platform.

There are two things you should remember for getting Media Day dividends during the transfer window. The first is to stay on top of transfer news and find out pertinent details as early as you can. It helps to subscribe for early news alerts so that you have an idea of what to expect. The second thing you should keep in mind is to only believe news sources that have a proven track record with transfer-related news. It won’t help your prospects for Media Day dividends—or your sanity, for that matter—to be hooked on hearsay from rumourmongers.

Don’t forget, there’s still an element of risk associated with buying player shares just for Media Day dividends. These tips don’t come with a 100% guarantee for profit all the time, ut they will definitely be of use if you want the most consistent Media Day payouts over the long term.

Be on the lookout for the most game-changing events and most buzz-worthy football stars, and you’ll be rewarded for it with Media Day dividends!