You’ve got to flea kidding! 3,700-year-old ivory comb is discovered in Israel, inscribed with a plea to eradicate BEARD LICE

One of the earliest sentences written using an alphabet was a spell against lice, a discovery has revealed.

Nearly 4,000 years ago a population known as the Canaanites became, as far as is known, the first to use an alphabet.

This group of people lived in an area known as the Southern Levant – which is now recognised as Israel, the Palestinian Authority, Lebanon, Jordan and parts of Syria.

While versions of this alphabet were later used around the world, Hebrew is the only living true Canaanite language today.

Until recently, no meaningful inscriptions have been found that date back to the birth of the alphabet.

But now experts have uncovered an entire sentence which was inscribed around 3,700 years ago – around 100 years after the alphabet was first invented.

One of the earliest sentences written using an alphabet was a spell against lice, a discovery has revealed

Written on a small ivory comb measuring 3.5 by 2.5cm, it reads: ‘May this tusk root out the lice of the hair and the beard.’

The comb was excavated from Tel Lachish in Israel in 2017 but the letters were only noticed earlier this year by an archaeologist.

The small comb has one side with thick teeth to untangle knots in the hair, while the other side has fine teeth to remove lice and their eggs – much like the current-day two-sided lice combs sold in stores. 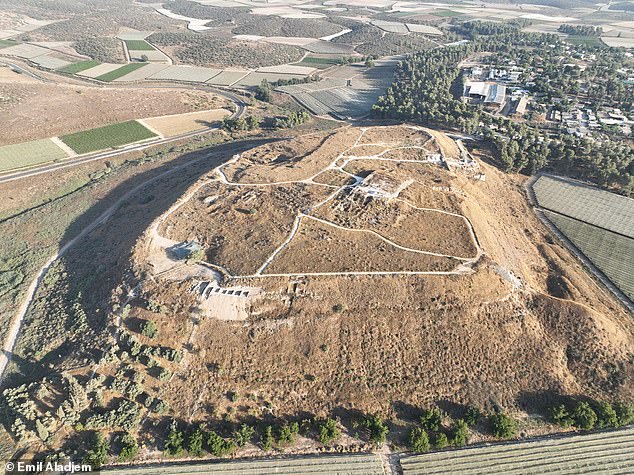 All 17 Canaanite letters on the comb are in archaic form, from the first stage of the invention of the alphabet.

As there were no elephants in Canaan during that time period, it is likely the ivory comb was an imported luxury object from nearby Egypt – indicating that even people of high social status suffered from lice.

Professor Yosef Garkinkel, from the Hebrew University of Jerusalem, said: ‘This is the first sentence ever found in the Canaanite language in Israel.

‘The comb inscription is direct evidence for the use of the alphabet in daily activities some 3,700 years ago.

‘This is a landmark in the history of the human ability to write.’

The findings were published in the Jerusalem Journal of Archaeology.

WHAT WAS THE CITY OF LACHISH AND WHAT HAPPENED TO IT?

The city of Lachish was the second most important stronghold for the Canaanites in the southern kingdom of Judah during the late Bronze Age.

It is situated southwest of Jerusalem and is now represented by a national park called Tel Lachish – featuring a distinctive mound of Earth. 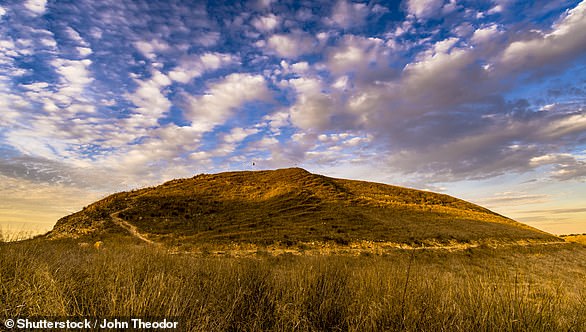 The city was heavily fortified during the Middle Bronze Age by a sloping bank and a fosse – it played an important role in the history of the region.

During the Late Bronze Age it was a large Canaanite city-state.

Lachish had an intense and very bloody history, just like most of the towns and cities located in the region.

It first began to rise as a major Canaanite city around 1800 BC and lasted about 400 years before it was destroyed – for the first time – in 1550 BC.

This was at the hand of the Egyptians under Pharaoh Thutmose III as they moved over the area during the 18th Dynasty expansion.

The Canaanites rebuilt the city but it was destroyed again in 1300 BC – they rebuilt it again for a second time.

The site of Lachish was first found by William Foxwell Albright in 1929. He is considered the founding father of Biblical archaeology.