Man, 30, is stabbed to death near the Cutty Sark in south-east London as 20-year-old is arrested on suspicion of murder

By Tommy Taylor For Mailonline

A 30-year-old man was stabbed to death near the Cutty Sark tourist attraction in London last night.

The Metropolitan Police said officers found a 30-year-old man suffering from stab wounds in Welland Street, Greenwich, south-east London, in the early hours of the morning.

He was taken to hospital where he died shortly after 2am and a 20-year-old man found nearby, also suffering from stab injuries, has been arrested on suspicion of murder.

Two crime tents remained in place this morning – one outside a Waitrose supermarket – and police officers cordoned off all the roads leading up to the town centre.

The man died in hospital at 2.37am after he was rushed there by paramedics 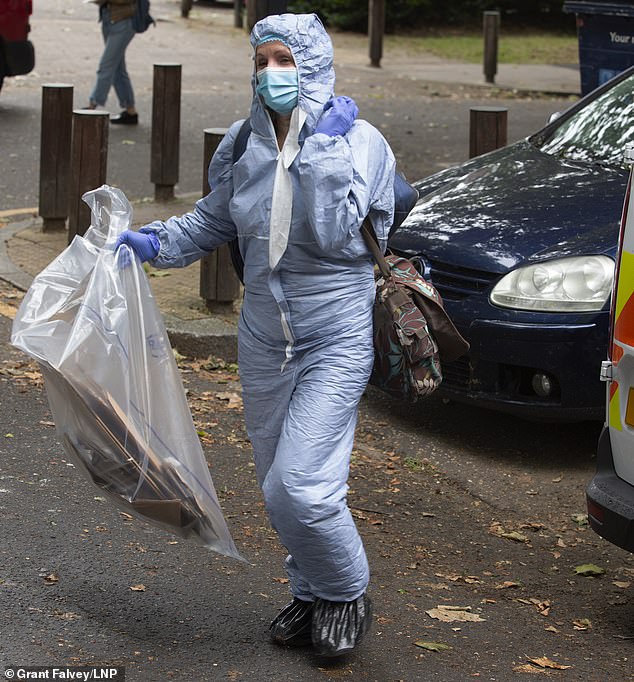 The force said it was called by London Ambulance Service at 1.06am and the man was given CPR before being taken to hospital, where police said he died at 2.37am.

Another man, in his 20s, was found nearby, also suffering from stab injuries.

He was also taken to hospital, though his condition is not thought to be life-threatening, and he has been arrested on suspicion of murder.

The attack happened in Welland Street, near the historic Cutty Sark clipper, which attracts hundreds of thousands of tourists to the Thames’ riverfront every year.

It is also not far from the National Maritime Museum. 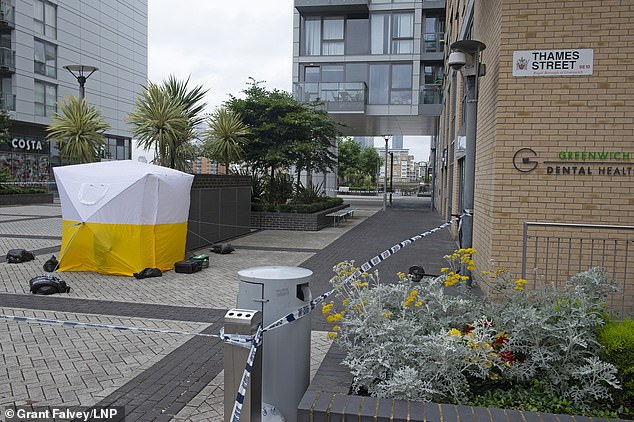 A spokesman for the Met Police said: ‘A crime scene is in place and enquiries into the circumstances are ongoing.’

Any witnesses or anyone who has information that could help police are urged to call 101.