For 22 years, Anthony Harris has been fighting two battles: one against his badly damaged body and another against the federal government.

He will never recover from his spinal cord injury or his near constant pain, but he’s won a victory against the Canada Pension Plan and has finally got what he’s owed.

“It was a real shock I tell ya,” said Harris, 60. “I was in a grocery store and I got a phone call. I couldn’t believe she actually said I’d been accepted to Canada pension disability.”

CPP offers disability benefits in the form of a monthly payment to people who are disabled and cannot work, and have made enough contributions to CPP.

The 1996 accident that changed everything

Harris paid into the plan for 19 years while he worked for his father’s painting company in Berwick, N.S. He spent his days scrambling over scaffolding painting houses, then on Aug. 10, 1996, a car crash changed all that.

After an early morning stop at a burger joint in New Minas, N.S., Harris and a friend were driving down Highway 101 when a car slammed head-on into them. Harris’s car spun around and flipped onto its side in a ditch.

“We had to push the door open and climb up like on a ladder to get out of the car,” said Harris.

“I had a contused spinal cord. That’s one of my injuries, but then there’s other ongoing injuries in my neck.” 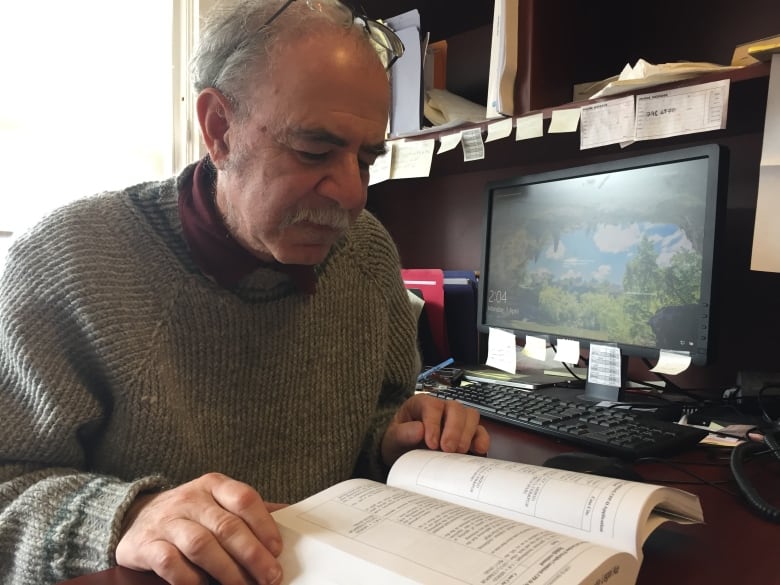 David Daniels is a lawyer who volunteers with Nova Scotia Legal Aid in Kentville. He helped Harris get his CPP disability payment. (David Burke/CBC)

The day after the crash, Harris returned to work, using the walls of buildings to support himself as he moved. Harris could barely lift his legs to walk, let alone climb scaffolding.

His working life was over, but his struggle to survive was just beginning.

“It was an empty feeling to tell you the truth, because I was used to going to work with my dad every day,” said Harris. “Everything just seemed to come to a halt, I wasn’t able to do my daily functions anymore, my work or even to go party with my friends anymore.

“It was very depressing.”

‘It was a nightmare’

On top of his health problems, Harris hardly had any money to live on. Since he could no longer work, he lived off a combination of income assistance and money awarded to him by his insurance company after the car crash.

Harris lives in a house in Berwick owned by his brother because he couldn’t afford a place on his own.

“It was a nightmare, it really was,” he said. “Some months I wondered if I was going to make it, make my bills, right. I had other things to do like buy food.”

A few months after the crash, Harris applied for CPP disability, thinking his injuries and the years he paid into the program would allow him to get the benefit.

Harris’s application was turned down because CPP said he didn’t have a severe and prolonged disability. 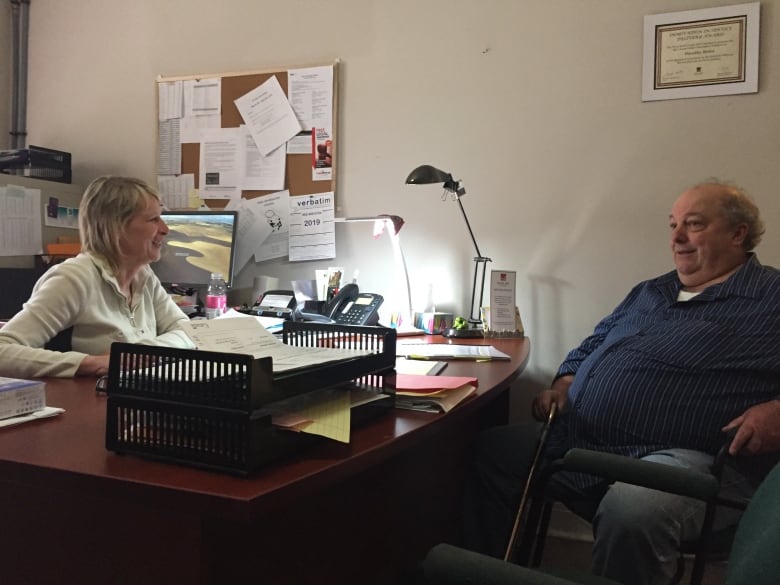 Along with Daniels, Dorothy Myles, the social justice advocate with legal aid in Kentville, has spent hundreds of hours trying to help Harris get his CPP disability payments. (David Burke/CBC)

Harris requested the decision be reconsidered. That was turned down as well, so he appealed.

In 1999, a review tribunal was going to hear the case, but Harris’s lawyer at the time decided to withdraw the appeal.

Despite that withdrawal, the review tribunal held the hearing without Harris or his lawyer present. Representatives for CPP were there though, and the tribunal decided there was not sufficient evidence Harris had a severe and prolonged disability, and denied him the disability benefit.

That was a legal mistake that wouldn’t be noticed until 18 years later.

Harris applied for CPP disability payments in 2002 and 2011. He was denied both times.

Things started to turn around in April 2017 when Harris asked David Daniels for help. He’s a lawyer who volunteers at the legal aid office in Kentville, N.S.

Daniels said the hearing before the review tribunal in 1999 should never have gone ahead.

“When you withdraw an appeal, the body hearing the appeal sort of loses their ability to move forward, loses jurisdiction, why they came to that conclusion that they could move forward,” he said.

Daniels took the case to Federal Court, which then sent him to the appeal division of the Social Security Tribunal of Canada, an independent body that makes decisions on CPP, among other things.

‘There was an injustice’

They agreed Harris was disabled and entitled to the CPP disability payments.

“I suspect that they just realized that there was an injustice that occurred in the late 1990s when the review tribunal moved forward with the hearing without Tony or his lawyer being present,” said Daniels. “That was unfair to say the least,”

A few weeks ago, Harris received $65,000 from the CPP disability plan, to make up for decades of missed payments.

But that payment didn’t make Harris a rich man.

‘It’s a lot easier for me now’

He had to pay the majority of that money to the province’s income assistance program, to help pay back the money he’d received from the system. In the end, only $28,000 found its way into his bank account.

It still makes a world of difference to him though.

“It’s a lot easier for me, now I have my bills paid off and I still got a small bank account,” he said, “I can pay my light bill and my cable bill and when they come in, I don’t have to wait to pay it.” 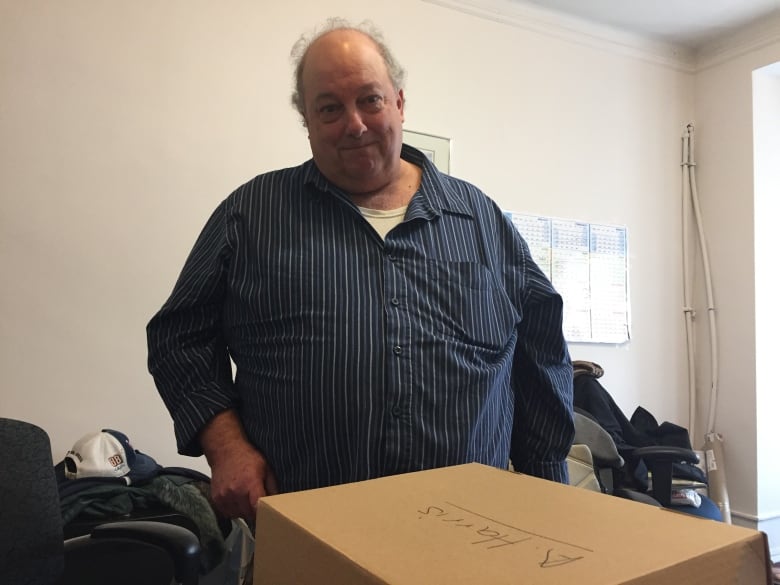 Harris stands with one of the bankers boxes filled with legal documents in his case against the Canada Pension Plan. The paperwork in his case filled two of these boxes. (David Burke/CBC)

Daniels said it’s important for people to realize that Nova Scotia Legal Aid can offer people help when they’re being treated unfairly by programs like CPP and income assistance. He said people should come to them for help as soon as they run into trouble.

Harris said he always knew things would work out.

“I just knew there was a bright and shiny day that this would all come to a close and I would have what I was aiming to get with my Canada disability in the end,” he said.