More than a dozen eligible men are vying for the chance to impregnate a 41-year-old divorcee whose biological clock is ticking on Fox’s new reality series Labor of Love.

Hosted by Sex and the City alum Kristin Davis, the show follows Kristy Katzmann as she searches for love and, more importantly, the father of her potential child. After years of putting her career first, Katzmann said the timing couldn’t have been better for the series, which premieres on Thursday.

‘I had just turned 40 at the time and I had just gotten out of a relationship. I was trying to navigate dating, knowing that I still wanted to start a family and that time was definitely not on my side,’ she told Fox News. ‘I think it’s a really incredible story that a lot of women will be able to relate to.’

High stakes: Kristy Katzmann as she searches for love and, more importantly, the father of her potential child on Fox’s new reality series Labor of Love 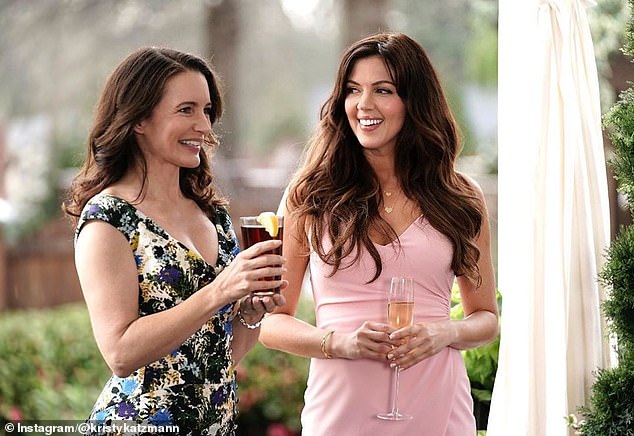 Star power: The show is hosted by Sex and the City alum Kristin Davis (left)

While Labor of Love has taken on a number of dating show tropes —  attractive suitors, competitions, romantic outings, and appearances from parents — the stakes are undoubtedly higher because the end goal is a real-life baby.

The show’s premiere starts off with a bang in the form of a sperm donation. Waiters appear with specimen cups on their trays as Davis tells the men they will each have to have their sperm analyzed for fertility if they want to continue on with the show.

Lauren Girion, an executive producer on the show, told TVLine that the men didn’t know about the donation until Davis announced it.

‘They rolled with it,’ she said, laughing. 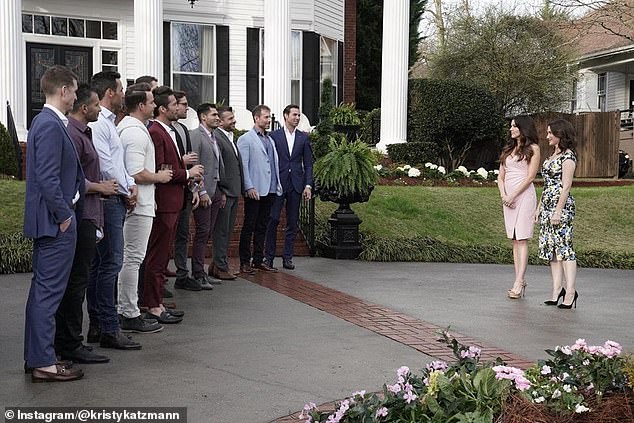 Yikes: On the season premiere, the men are stunned when they learn they have to have their sperm analyzed for fertility if they want to compete for Katzmann’s heart 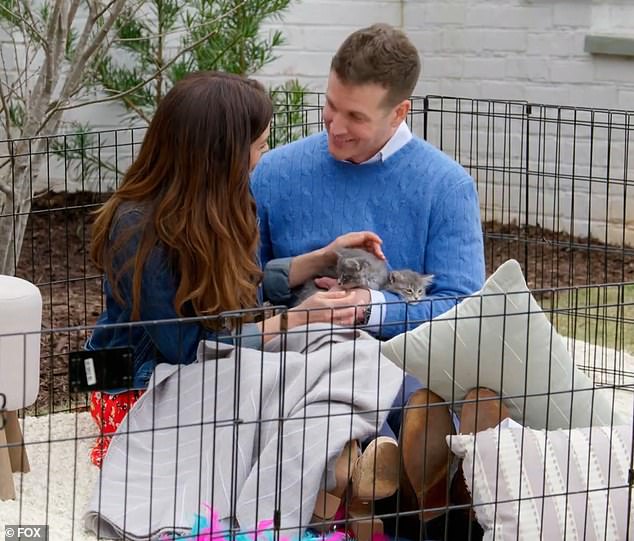 Future partners? Katzmann, who lives in Chicago, said she was pleasantly surprised by the men who were competing to start a family with her

The guys’ parenting skills are also put to the test over the course of the show in a series of challenges that include changing diapers, watching a room full of children, and being hooked up to a machine that simulates the pain of labor.

Katzmann, who lives in Chicago, told Fox News that she was pleasantly surprised by the men who were competing to start a family with her.

‘One of my biggest fears going in was wondering if there are actually men out there who are ready for this,’ she said. ‘And I think we really tested them off the bat by putting them through the whole sperm analysis pretty much moments after I met them.’

Katzmann said the hardest thing about the show was saying goodbye to a guy each week, but she made sure to give them proper sendoffs. 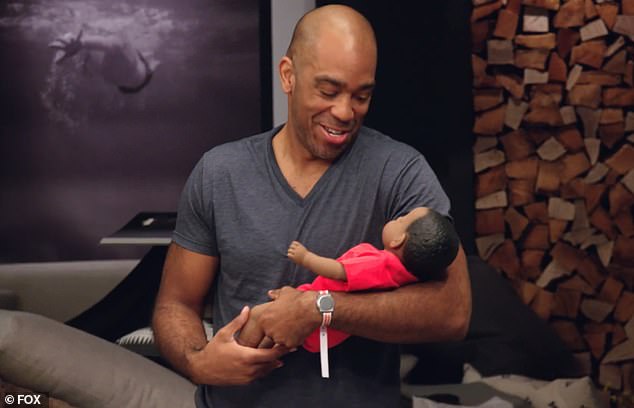 Are you ready? The guys’ parenting skills are put to the test in a series of challenges 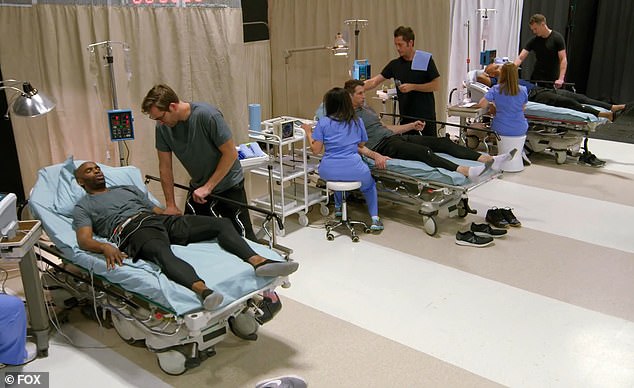 Ouch: Katzmann’s suitors are hooked up to machines that simulates labor on one episode 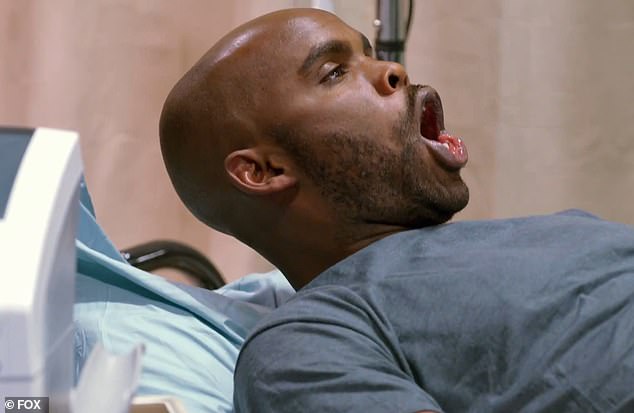 Not fun: In the trailer for Labor of Love, a guy can be seen writhing in pain during the challenge

‘Every time I sent a guy home, I had a real conversation with him,’ she said. ‘There’s this whole ghosting culture happening with dating right now and I think it’s because people don’t want to have these conversations because they’re hard.

‘I had real relationships with these men.’

Katzmann may look familiar to fans of the Bachelor franchise because she was one of the women who competed for Brad Womack’s heart on Season 11 of The Bachelor in 2007.

The then 29-year-old made it to the final six but was ultimately sent home without a rose because she was deemed too serious. The early departure may have been a blessing in disguise because Womack went on to become the first Bachelor to reject both of his final contestants. 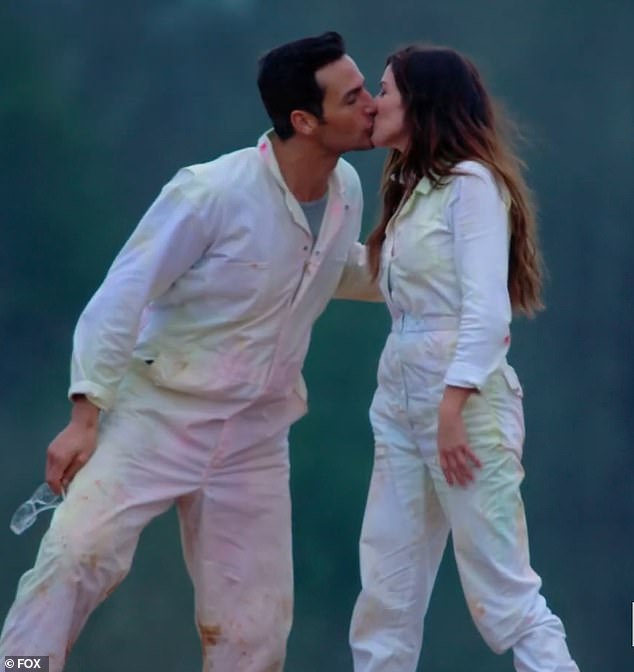 Relatable: Katzmann believes her desire to have a family when time is not on her side is a ‘really incredible story that a lot of women will be able to relate to’ 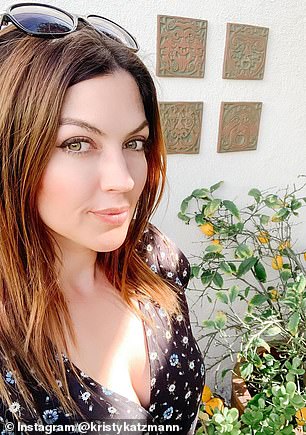 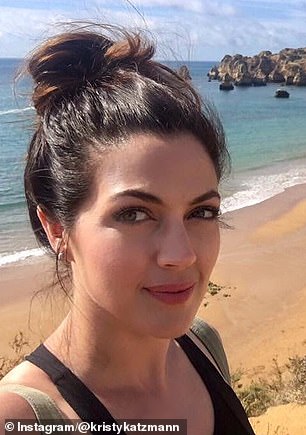 Reality star: Katzmann may look familiar to fans of the Bachelor franchise because she was one of the women who competed for Brad Womack’s heart on Season 11 of The Bachelor 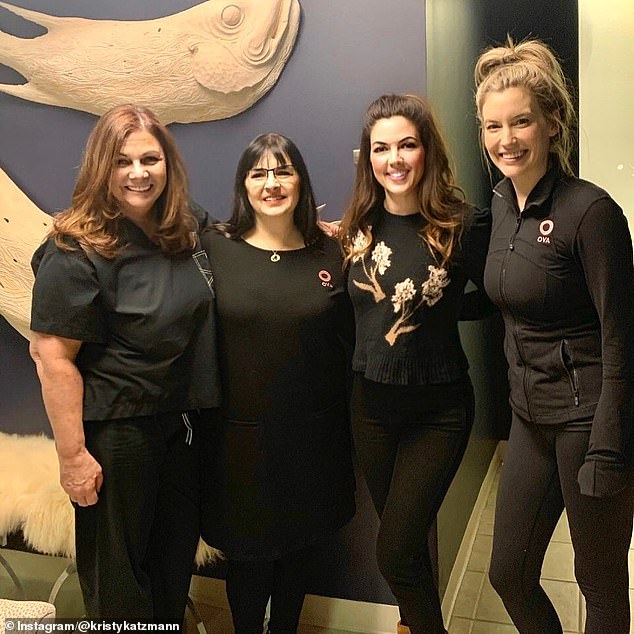 Katzmann also has a backup plan in case she doesn’t find the baby daddy of her dreams. In the first episode, it’s revealed that she has had her eggs frozen, leaving her the option to ditch her suitors and have a baby on her own.

Viewers will have to wait and see if one of the men actually impregnates her, but a cryptic Instagram message she posted on Christmas Day in honor of her 42nd birthday suggests otherwise.

‘I’ve been going through some big life transitions, some exciting changes, and some moments of reckoning that have had me feeling a little down and out. But today, on my 42nd birthday, I’m looking back on this year and feeling proud,’ she wrote. ‘It wasn’t easy and it wasn’t what I hoped for, but it was good.

‘It pushed me in new ways and broke me open. It challenged me to choose myself and step into the parts of my life that scare me most,’ she continued. ‘I’m digging into life, dropping my walls, and reconnecting with myself. ME. Not my achievements, not my successes, not my failures, and not my mistakes. Just me. And I’m learning to let that be enough.’