EXPRESS INFORMER > News & Politics > 1.5m over-75s have not been told they will lost their free TV licence, critics claim

1.5m over-75s have not been told they will lost their free TV licence, critics claim

Up to 1.5million over-75 households who will no longer receive free TV licences have still not been contacted about the new rules, a campaign group says.

Only 40 per cent in this age group have received letters telling them what they need to do under the new system, according to a survey by Silver Voices.

The figure comes despite the scheme already being introduced on August 1.

If it was applied to the 3.7million households which will be stripped of the free licences, then about 1.5million have still not been contacted.

Up to 1.5million over-75 households who will no longer receive free TV licences have still not been contacted about the new rules – despite the scheme starting on August 1

Another 900,000 households are set to retain the benefit because they are on pension credit.

Silver Voices conducted the survey among 400 members and said the over-75s should have been given official notification by TV Licensing before the new system came into effect.

The BBC plans to backdate payments to when the scheme started.

But the campaign group said there was ‘no legal or moral justification’ for that ‘in these circumstances’.

It is advising members who received a letter after September 1 to challenge the backdating and argue their licence payment should only start from the date of official notification.

Dennis Reed, Director of Silver Voices said: ‘In effect, TV Licensing is trying to steal free licence weeks to cover up its own incompetence.

‘There is no way that hard pressed over 75s should lose six or more weeks of free licence in retrospect, and we are asking all seniors who get late letters to challenge the date on which the paid licence should start.’ 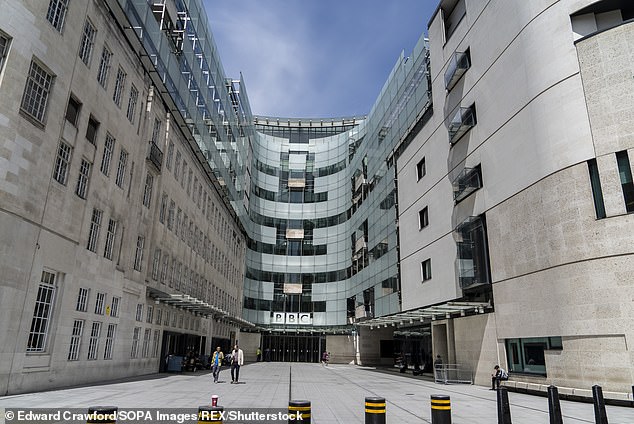 The BBC plans to backdate payments to when the scheme started but Silver Voices is advising members to challenge the backdating. Pictured: BBC head quarters

He added: ‘It is particularly difficult for the 3.7 million who are not eligible for pension credit because they will have been expecting that their licence would remain free until they got a letter from TV Licensing.

TV Licensing said: ‘Everyone who previously held a free over 75s licence will have received their letter by the end of September.

‘Customers do not need to take any action until they have received their letter and they will be given plenty of time to get their licence set up.’